As USPS delays persist, bills, paychecks and medications are getting stuck in the mail 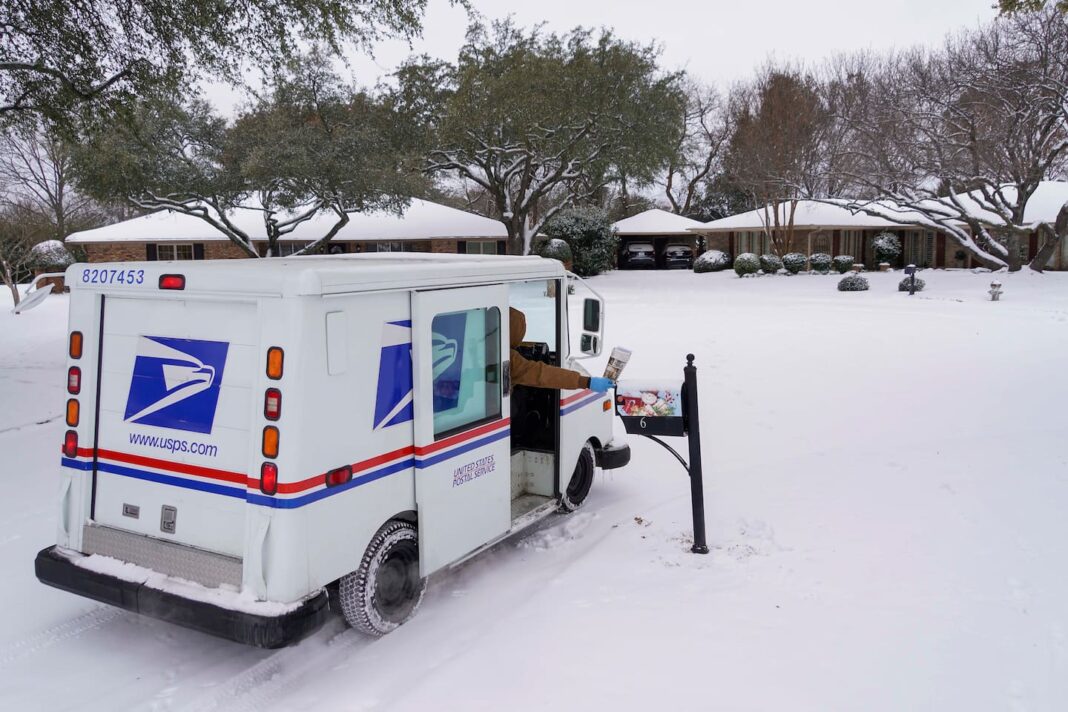 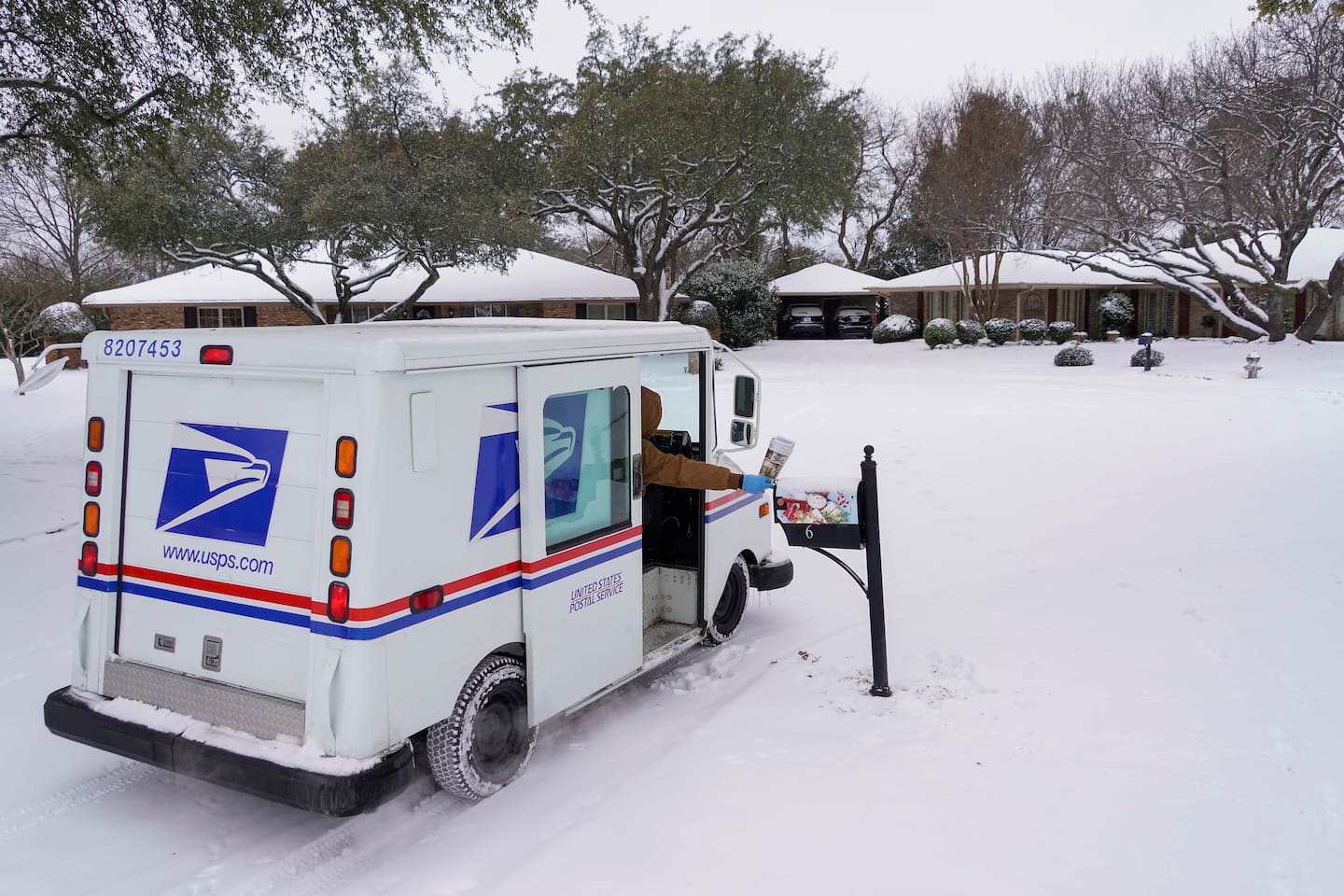 As the service crisis at the U.S. Postal Service drags into its eighth month, complaints are reaching a fever pitch. Consumers are inundating Congress members with stories of late bills — and the late fees they’ve absorbed as a result. Small-business owners are waiting weeks, even months, for checks to arrive, creating cash-flow crunches and debates on whether to switch to costlier private shippers. Large-scale mailers, such as banks and utilities, urge clients to switch to paperless communication, a shift that would further undercut the agency’s biggest revenue stream.

The growing outcry adds another dimension to the agency’s myriad crises: a clogged processing and transportation network, severe staffing shortages, and $188.4 billion in liabilities. The prolonged performance declines have eroded the reputation of one of the few government agencies that boast generations of broad public support.

“The industry’s faith and confidence in the USPS to perform is critical; without that confidence, alternatives for mailers throughout our coalition will become more attractive out of necessity,” Joel Quadracci, chief executive of Quad, one of the nation’s largest direct mailing firms, testified Wednesday during a House hearing on mail issues. “And, unfortunately, the industry’s confidence in USPS has been shaken.”

Rep. Bob Gibbs (R-Ohio) went further, telling Postmaster General Louis DeJoy at the same hearing that he has “lost all confidence in the postal system.” He described making an “embarrassing” call to J.C. Penney to avoid a late fee because the bill arrived nearly a month after its due date. “My goal is to be able to get to the point where I put my mailbox in the garbage can.”

The agency’s delivery times have sunk to historic lows since DeJoy took over in June. It took at least five days for a piece of first-class mail in most states — such as a bill or paycheck — to arrive last month, according to data provided by mail-tracking vendor GrayHair Software. Going back 90 days into the heart of the holiday shipping season, it took more than six days on average for first-class delivery nationwide. The Postal Service aims to deliver local mail in two days and nonlocal mail in three to five days.

At the end of December, the agency had an on-time rate of 38 percent for nonlocal mail, according to data it reported to a federal court. Traditionally, that number is around 90 percent. The Postal Service has not disclosed 2021 metrics.

The delays stem from DeJoy’s abrupt reorganization of the Postal Service in July and residual holiday backlogs, leaving consumers and small businesses to contend with the consequences and few alternatives.

“The Postal Service has a monopoly on mail. So if you want to send a letter or a bill, you have to use the Postal Service,” said Michael Plunkett, president, and chief executive of PostCom, a national postal commerce advocacy group.

Small-business owners like Rice, who owns Arzon Development Co. in Stillwater, Okla., are wary of shifting to higher-cost shippers because the added expense will be passed on to their customers. “Incidences of lost mail have gone from happening one to two times per year to an almost weekly issue. As a company reliant on the mail, the service has taken an obvious and painful turn for the worse.”

DeJoy acknowledged the Postal Service “fell far short” during the holiday season. “Too many Americans were left waiting weeks for important deliveries of mail and packages,” he said at Wednesday’s hearing. “This is unacceptable, and I apologize to those customers who felt the impact of our delays.”

DeJoy is pressing forward with a strategic plan to combat years of “financial stress, underinvestment, unachievable service standards and lack of operational precision,” even as congressional Democrats clamor for his removal. That plan — which will include higher prices and slower delivery standards, according to people briefed on the details — will come out in March, DeJoy told the House panel.

“It sounds like your solution to the problems we’ve identified is just surrender,” Rep. Jamie B. Raskin (D-Md.) said at the hearing.

Later Wednesday, President Biden announced he would nominate two Democrats and voting rights advocate to fill three vacant seats on the Postal Service’s governing board. If confirmed, it would shift the balance of power and potentially the votes to remove DeJoy. On Thursday, White House press secretary Jen Psaki said that the agency “needs leadership that can and will do a better job.”

The success of DeJoy’s plans is contingent on restoring commercial mailers’ confidence in the system, as they have an outsize effect on the Postal Service’s bottom line. The bulk of its first-class mail revenue originates from businesses. And the vast majority of nonbusiness first-class mail stems from consumers replying to businesses. If larger mailers start diverting products away from the Postal Service, the agency will lose two big chunks of revenue that industry experts say is unlikely to return.

Some of DeJoy’s proposed changes, along with existing delays, already are scaring consumers who have long preferred — or lack viable alternatives to — the mail system.

When Kristofer Goldsmith orders a refill for his prescriptions from the Veterans Affairs hospital in the Bronx, it usually arrives on his doorstep in Pleasantville, N.Y., in two days. But his December order took a month and a half to arrive, and he went weeks without the medications. His primary care provider couldn’t even find a bar code to track the original order, which he said arrived the same day as the replacement.

“I’m relatively lucky that I can live with symptoms flaring up,” he said. “But there have been other points in my life when living without my medications could impact me catastrophically.”

Earlier this month, the Postal Service apologized to a New Hampshire landscaping business for delays that held up dozens of invoices for up to 45 days, according to the New Haven Register. The business owner, Dan Thornberg, said 80 pieces of mail were delivered at once; 50 of them were checks. The delays, he said, nearly drove his company into a financial collapse.

Tiffini Travis, a research librarian at California State University in Long Beach, canceled her Citibank credit card after her December bill payment arrived one day late because the company locked her card.

Amani Baskeyfield of Glenn Dale, Md., said she started managing her mother’s credit card bills last month after a mailed payment showed up late, and Citibank shuttered the account without notice. She has switched her mother’s account to paperless billing and statements.

“We realize that, from time to time, there are circumstances outside of our customer’s control,” she said in an emailed statement. “In those circumstances, we work with our customers on an individualized basis to address the matter.”

Dennis Michel, senior vice president of Discover Card, said in an emailed statement that about 10 percent of customers’ payments are mailed and that the company noticed an uptick in customer service calls about mail delays in late December and January,

American Express sent an email to cardholders on Feb. 3. The subject line “Your mail from us may be delayed” and encouraged customers to use online tools to access account information. A spokesperson said the company had not seen an increase in customer calls related to mail service.

Electric utility company Exelon said that customers assessed late fees because of mail problems should call the company to have them rescinded.

But the mail slowdowns — especially for credit card bills and payments — threaten to further burden American consumers already weighed down by debt. Last year, 33 percent of cardholders were charged a late fee, according to data gathered by Bankrate.com, and 47 percent asked for it to be waived.

Credit experts caution consumers not to worry too much about the effect of mail delays. Late payment will affect your credit score only if it’s at least 30 days behind, a lengthy threshold in the credit world, but one some mail consumers say cuts very close given the current timetables. If consumers are worried, said Bankrate credit card analyst Ted Rossman, they should be proactive and tell lenders that the check is in the mail.

“Maybe try to pay it online or over the phone, or at least give customer service a heads up,” he said.

But many consumers and small-business owners say they are frustrated by the mail delays and the patchwork of approaches that utilities, lenders, insurers, and other firms apply concerning late and missing billing statements. Rice, the Oklahoma business owner, said he is transitioning to online payments when possible but said he has no control over the fact that many of his vendors submit invoices through the mail and that many of his tenants pay rent that way as well.

“I understand that the USPS undoubtedly needed a review of procedures,” he said. “What I cannot accept or excuse is a total breakdown in reliability.”