Like GameStop, Bed Bath & Beyond has been reduced to a stock meme. But 42,000 people work there. 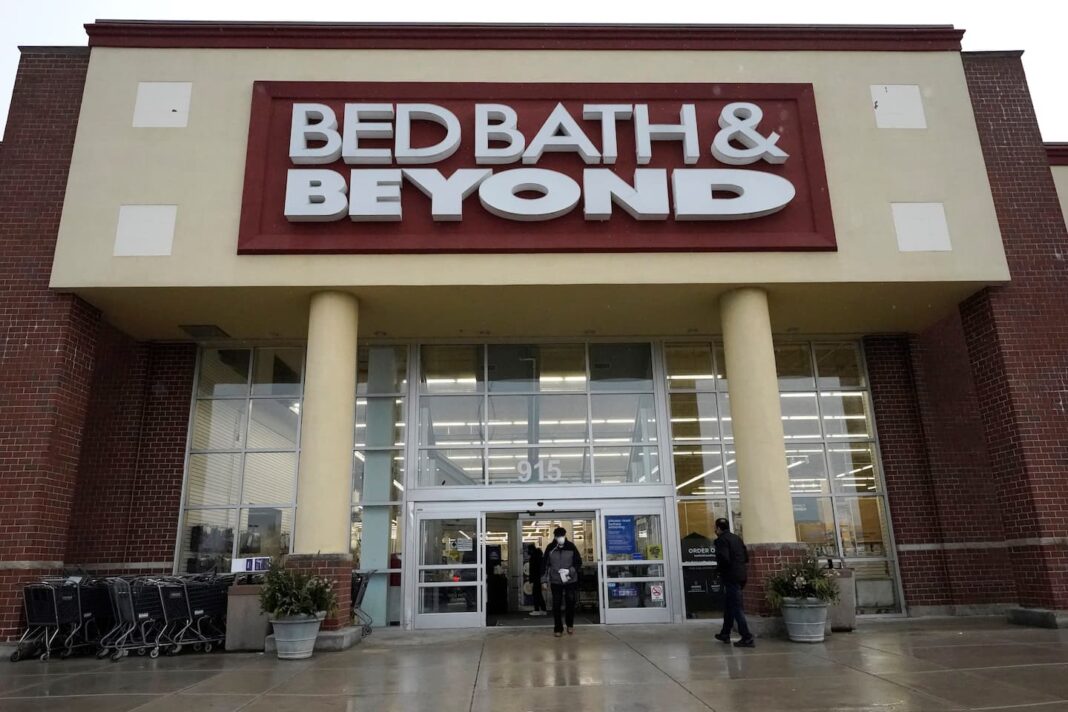 But you know what? When you stop laughing and take a good look at what’s going on, you realize that the well-being of lots of non-famous, non-rich, non-publicity-seeking human beings is affected by this Wall Street madness.

It’s not a GameStop for these people. It’s their lives and their careers.

Why am I departing from my normal form and talking to you this way? Because for me, this is close to home. Literally. Bed & Bath’s headquarters in Union, N.J., is a short drive from my house. That makes the company a major local presence and a major employer in my part of the world.

This is why I go out of my way to buy from Bed & Bath if its price is even close to what Amazon (whose founder, Jeff Bezos, owns The Washington Post) or Walmart.com or any other vendor is asking.

Realizing that a company whose survival I care about was involved in this craziness made me stop laughing and start thinking.

And there’s a lot to think about. Even in its shrunken state — new managers installed in 2019 have sold businesses, closed scores of stores, and done two rounds of layoffs — Bed & Bath employs about 42,000 people at its stores and other facilities in all 50 states, the District of Columbia, Puerto Rico and Canada. That’s down from about 55,000 a year ago — but it’s still an awful lot of people.

Some 2,000 of those people work in Bed & Bath’s unprepossessing headquarters complex in Union, a major employer.

There’s probably a no good time for a company to be caught up in something like the current Wall Street slugfest. But this is a miserable time for Bed & Bath to be involved because its managers already have enough to do trying to turn the company around.

Bed & Bath, which opened for business in 1971, was so set in its ways that its founders and managers spent years thinking that its superstores were the future and that Amazon and online commerce would fade away.

That got Bed & Bath into so much trouble that activist shareholders sparked a rebellion two years ago and forced the company to make Mark Tritton, a Target executive vice president, its new chief executive. Tritton, in turn, installed a new management team.

After Bed & Bath temporarily closed its stores in March, its stock fell as low as $3.56, then began to climb back. But because of its obvious and not-so-obvious problems, Bed & Bath has been targeted by short-sellers, then got caught up in the current Wall Street war.

Analyst Seth Basham of Wedbush Securities, who has been following the company for almost 20 years and tutored me about its history, says that the company seems headed in the right direction despite the distractions.

“We think the company is in the process of transformation under its new leadership,” he told me. He recently raised his target price for the company’s stock to $33 from his previous $27, a vote of confidence in its management. I hope he’s right.

Look. I don’t know whether the short sellers or the social media-driven buyers are going to prevail at Bed & Bath — or any of the other stocks caught up in this war. And I don’t care what happens to either side.

What I do care about is what happens to these companies’ employees and suppliers. I want them to do well for their sake, their communities’ sake, and my community’s sake. For me, that’s the bottom line. You might want to think about making it your bottom line, as well.