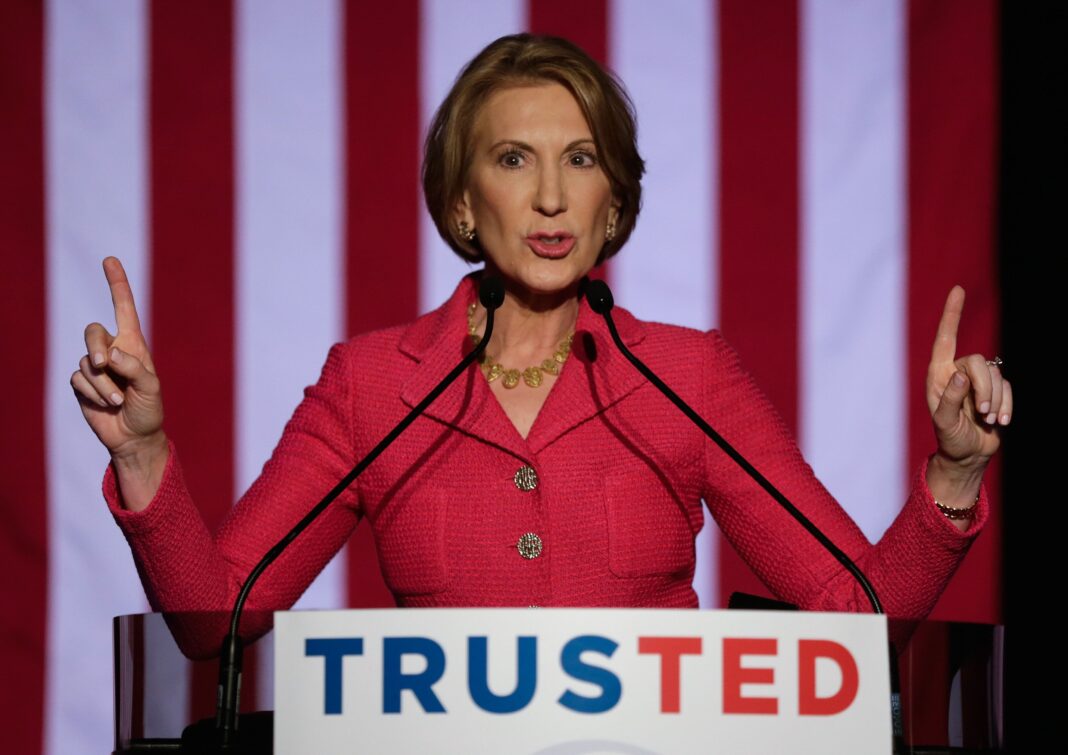 It looks like there’ll be no more weird joining of hands between former Hewlett-Packard CEO Carly Fiorina and Sen. Ted Cruz (R-Texas).

Cruz in 2016 named Fiorina as his vice presidential pick if he won the GOP nomination. On Thursday, Fiorina expressed her now disappointment in her former ally to CNN’s Brianna Keilar.

“You were his running mate in 2016. And he has gone full Trump mode,” noted Keilar, referencing how Cruz has been pushing Donald Trump’s election lies and last week visited the twice-impeached ex-president at his Mar-a-Lago resort.

“You guys campaigned on conservative principles. Has he sold out?” Keilar asked Fiorina.

Keilar asked what happened to the Texas Republican.

It was the “age-old siren song” of “access to power and money and influence,” replied Fiorina. “The trouble is a lot of politicians care most about winning, and they’re willing to abandon their principles to win.”

Fiorina ran for the GOP presidential nomination in 2016 before suspending her campaign, endorsing Cruz, and then teaming up with him.

“I think it will take massive losses for Republicans to understand that this is not the way forward. Liz Cheney is correct. This is terrible for the party in the medium and long run and is terrible for the country in the short run,” says @CarlyFiorina on the future of the GOP. pic.twitter.com/L4KvSH66U3