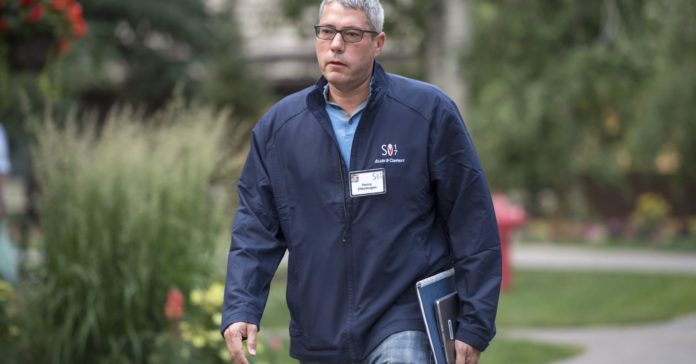 Even as concerns over a trade war are sending U.S. stocks tumbling, the private tech market is holding up for now, said Henry Ellenbogen, who invests in public and private companies at T. Rowe Price Group.

“I suspect if this were to continue for six months, or if we really go into a bear market, it would clearly spill over into the private markets,” said Ellenbogen, who runs the firm’s $25 billion New Horizons Fund, in an interview this week at J.P. Morgan Chase’s [r]Evolution conference in Half Moon Bay, CA.

Ellenbogen built a name for himself in Silicon Valley over the past decade by taking substantial stakes in later-stage start-ups and holding them through their IPOs and beyond. Such investments include Twitter, GrubHub, Workday and Atlassian, and he continues to make new bets. In September, Ellenbogen’s fund led a $90 million investment in software start-up PagerDuty.

The New Horizons Fund has gotten punished with the rest of the market of late, down about 10 percent since mid-September. But it’s still up 13 percent this year, while the S&P 500 has gained 2.1 percent and the Russell 2000 Growth Index is down.

Ellenbogen said that if the sell-off in the public market continues, he’s likely to view it as a buying opportunity and put more capital to work. Prior to the recent downturn, stocks were in the midst of an almost decade-long bull market.

“Coming into ’18, we were concerned about where we were in the market cycle,” Ellenbogen said. “We did put together what we call a shopping list. There were a number of companies we like a great deal that we’d like to buy more.”