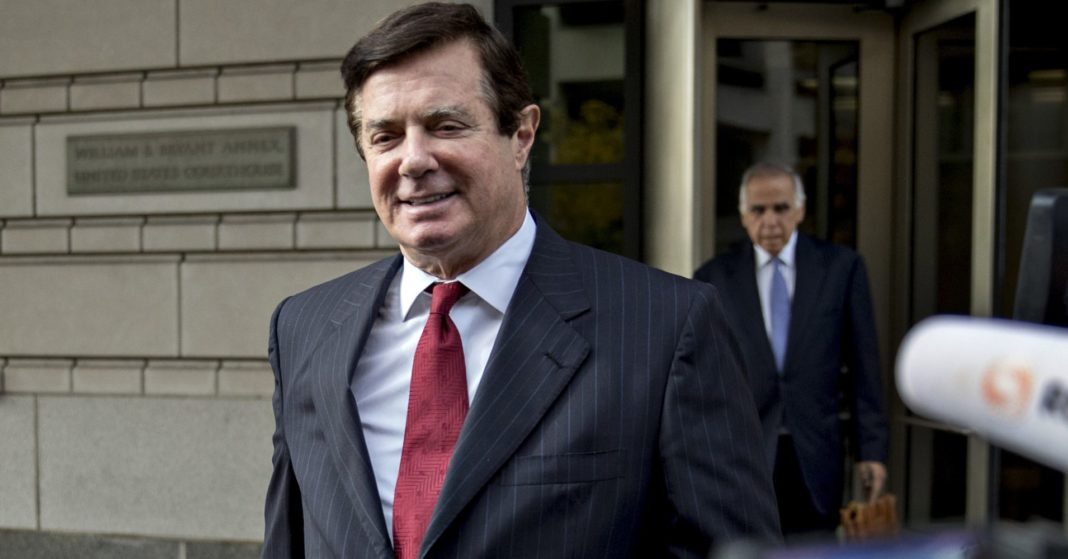 Special counsel Robert Mueller has filed a court document on alleged lies told by Paul Manafort to Mueller’s team in violation of the plea deal signed by the ex-Trump campaign chairman.

Here are the key takeaways:

The government’s filing in Mr. Manafort’s case says absolutely nothing about the President. It says even less about collusion and is devoted almost entirely to lobbying-related issues. Once again the media is trying to create a story where there isn’t one.

Before the filing was released, a federal judge ordered Mueller to file his full submission about ex-Trump campaign chairman Paul Manafort’s “crimes and lies” out of public view.

U.S. District Judge Amy Berman Jackson granted Mueller’s request to file under seal the “unredacted version” of the court document, in which the special counsel was expected to defend its determination that Manafort lied to investigators in violation of the terms of his plea deal.

But a version of the filing with blacked-out portions would still be released to the public, the judge ordered.

Just as the court filing was released, President Donald Trump tweeted: “Totally clears the President. Thank you!” Trump did not specify whether or not he was referring to the submission in Manafort’s case.

The decision from Jackson in Washington, D.C. federal court came shortly before Mueller’s deadline to submit the document.

In a court appearance following that allegation, attorneys for Mueller revealed that they were mulling over whether to file new charges against Manafort.

Manafort was already on the hook for a raft of criminal charges lodged by Mueller.

In August, Manafort was convicted in Virginia federal court of eight counts related to his past work on behalf of a pro-Russia political party in Ukraine. He is due to be sentenced in that case on Feb. 8.

In September, on the eve of a second trial in U.S. District Court in Washington, Manafort struck a deal with Mueller in which he pleaded guilty to two counts of conspiracy, one of which related to money earned from his work in Ukraine, the other of which was related to his effort to tamper with witnesses against him. His sentencing in that case is tentatively scheduled for March 5.