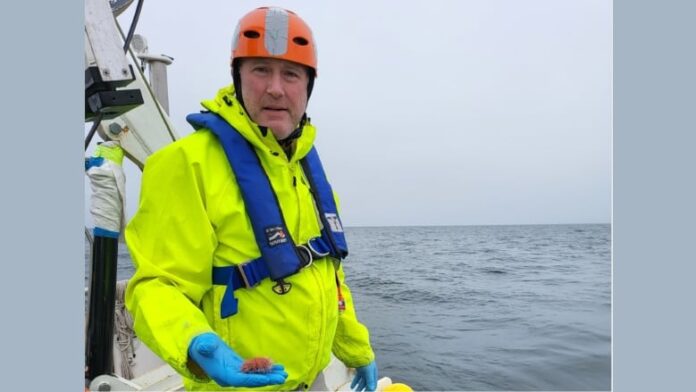 A ship laden with precious cargo that went down nearly 150 years ago off the coast of Washington state is one step closer to being lifted from the depths of the Pacific.

The S.S. Pacific, a steamship that set out for San Francisco from Esquimalt, B.C. — part of Greater Victoria — sank off Washington’s Cape Flattery in 1875, becoming one of the worst maritime disasters ever recorded in the Pacific Northwest.

The elusive shipwreck has been something of a white whale for Jeff Hummel, director of the non-profit Northwest Shipwreck Alliance.

Hummel has spent decades searching for the lost ship. His Seattle-based company, Rockfish Inc., has located the wreckage and was recently granted the salvaging rights.

According to a U.S. court filing, the ship was carrying over 270 passengers and “a cargo that included, among other things, gold.”

Hummel says he first heard about the S.S. Pacific in high school and has spent most of his adult life searching for it on and off. Over the past few years, he intensified his efforts and finally achieved some success.

“I started looking for this ship in 1993,” said Hummel. “I always thought that someone would find it and do something with it before I did.”

In 2016, the Rockfish company was created for the sole purpose of finding the lost ship. Hummel and his colleagues  spent hours consulting historical records and calculating currents, wind and the ship’s trajectory to outline a large perimeter where they thought the wreckage might lie.

After interviewing dozens of commercial fishermen operating in that area, Hummel found his first significant clue: a piece of coal caught in a fisherman’s net. The coal was sent to an Alberta lab for analysis and matched a sample from a coal mine in Oregon that belonged to the owner of the S.S. Pacific.

Working from his research vessel, the R/V SeaBlazer, Hummel and his team scoured the ocean with a remotely operated underwater vehicle and sonar technology.

“Eventually we narrowed it down to two areas that were about one mile by two miles,” he said, explaining how it took 12 different expeditions to home in on the ship’s location.

“It was more of a slow realization that we found the wreck,” he continued. “We had to go back a couple more times and actually look at what’s there. Particularly when we identified the paddle wheels, that was a big clue.”

According to historical records, the S.S. Pacific set out from Esquimalt, B.C., on Vancouver Island in poor weather conditions on Nov. 4, 1875. The ship barely made it out of the Juan de Fuca Strait.

In an essay published in 2009, Daryl McClary writes that the Pacific collided with another vessel called the S/V Orpheus, drifted off into the night and sank into the ocean.

McClary cites a number of historical records in his essay that recount there being only two survivors, due to the ship being in rough condition and a lack of suitable lifeboats on board.

Ancestors can strike a claim

When Rockfish was granted exclusive rights to salvage the ship in a U.S. District Federal Court, the ruling cited maritime law that allows people who discover a shipwreck to recover whatever they can.

But if members of the public can prove a connection to what’s salvaged, they can file a claim to repossess it.

Hummel says four people have contacted him claiming to be descendants of passengers on board, including one person who lives on Vancouver Island, and he hopes more come forward.

“That’s the exciting part of the story,” he said.

The sealed court decision that gave Rockfish the salvage rights requires Hummel and his team of scientists, historians and volunteers to present detailed salvage plans that ensure the highest standards of archeological protection.

The ultimate goal is to gather what’s left of the ship, restore it and open a new museum in Seattle to put it on display.

Hummel and his crew hope to begin the recovery process next fall.