A breakthrough. A stepping stone. A mistake.

However you see the upcoming meeting between North Korean leader Kim Jong Un and South Korea’s President Moon Jae-in, for tens of thousands of Koreans on both sides of the border it represents a last-ditch chance to see loved ones they haven’t heard from or seen since fighting in the Korean War ended in 1953.
Now in their eighties and nineties, time is running out for these men and women who hope the summit will lead to long-awaited reunions of families split by war and the division of North and South Korea.
Now 87, Kwon Moon-kook was just 19 when the war broke out in 1950 and he was separated from his parents and two younger brothers. He has not seen them since.
“There have been contacts between North and South in the past … I even started collecting used clothes to take to my siblings in North Korea at one point, but I ended up throwing them out,” Kwon told CNN.
Stories like Kwon’s are a bitter and cruel reminder of the human cost of a peninsula destroyed by war, divided by politicians and kept apart by dictators. 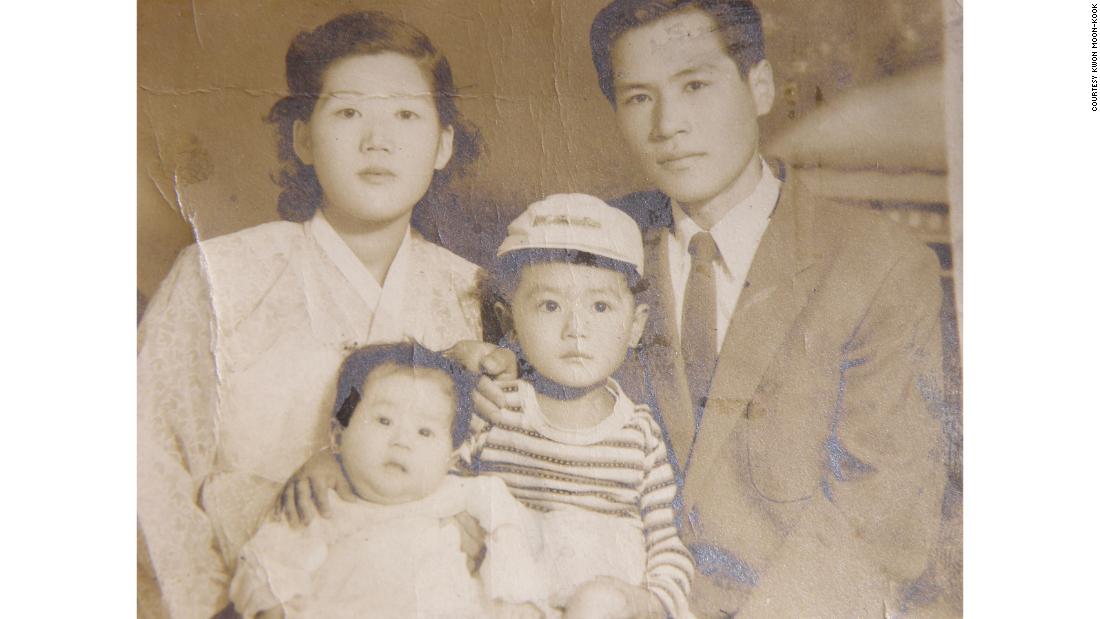 Kwon Moon-kook and his wife and two of his four children.

Less than three weeks into the war, Kwon was conscripted into the North Korean military. After one week of training he was assigned to a tank unit that crossed into the South but were soon beaten back by US troops.
“I didn’t want to die but it seemed death was almost certain as our unit was being decimated by US bombers,” Kwon said.
Hating its Communist ideology, he says he deserted the North Korean military and walked for 14 days straight to get home, where he hid in his mother’s attic. He then resolved to join the UN forces, which were led by the US, as a marine.
“I assumed it would be a matter of two or three days for the UN forces to advance north,” Kwon said, who thought the US would win the war. 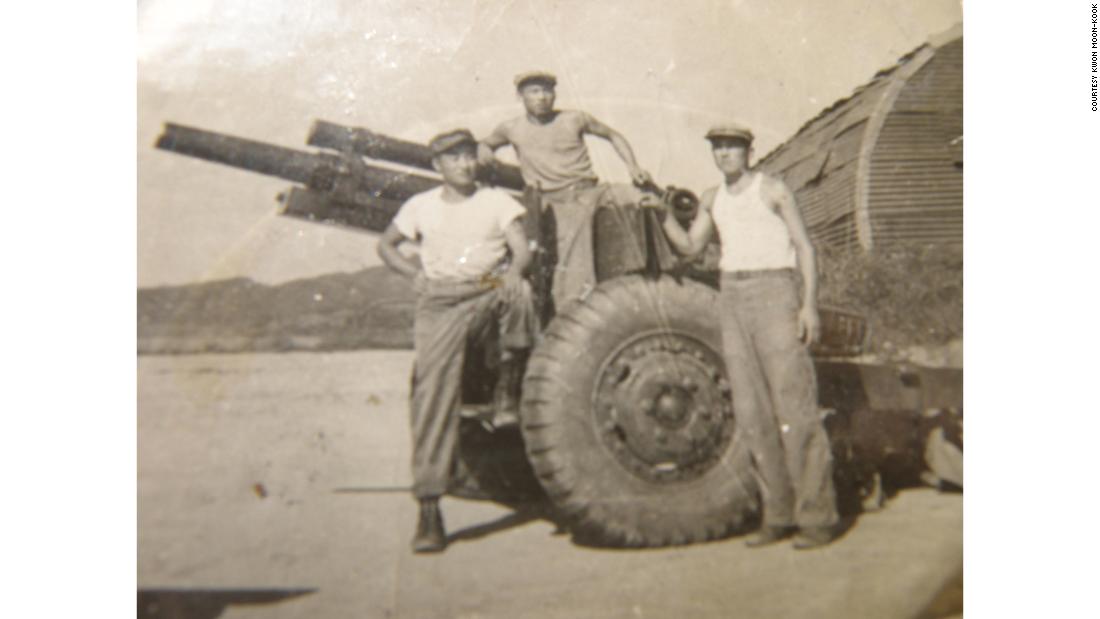 Kwon Moon-kook around the time of the Korean War. After deserting the North Korean army, he joined the US forces fighting against the North.
He told his parents he’d see them in a week but that was almost 70 years ago and he’s heard nothing of them or his two younger brothers since. He swears he would never have left had he known that would be the last time he’d see them.
Kwon has told his story for decades and it still drives him to tears. The keepers of heart-breaking stories like these, which can be heard on both sides of the border, are shrinking in number.
The latest government figures from March show 131,447 South Koreans had registered as separated families since 1988. Some 73,611 have since passed away. A quarter of those still alive are over 90 years old.

For years, politicians in South Korea have said time is running out to reunite families but few feel that pressure as acutely as President Moon.
The son of North Korean refugees, his parents fled south during the war, helped by US troops.
Moon accompanied his mother on a family reunion organized between the two Koreas in 2004 so she could see her sister again and so he could meet his aunt for the first time.
Around 20 family reunions have taken place on and off since 2000. They usually only happen when relations are good, with around 100 family members from North and South of the border chosen each time. The last one was held in 2015.
The reunions are emotional, with relatives spending just a few days together before being torn apart a second time.
Kwon said he never felt he could apply for earlier rounds of family reunions in case his parents were punished for him being a deserter during the war. 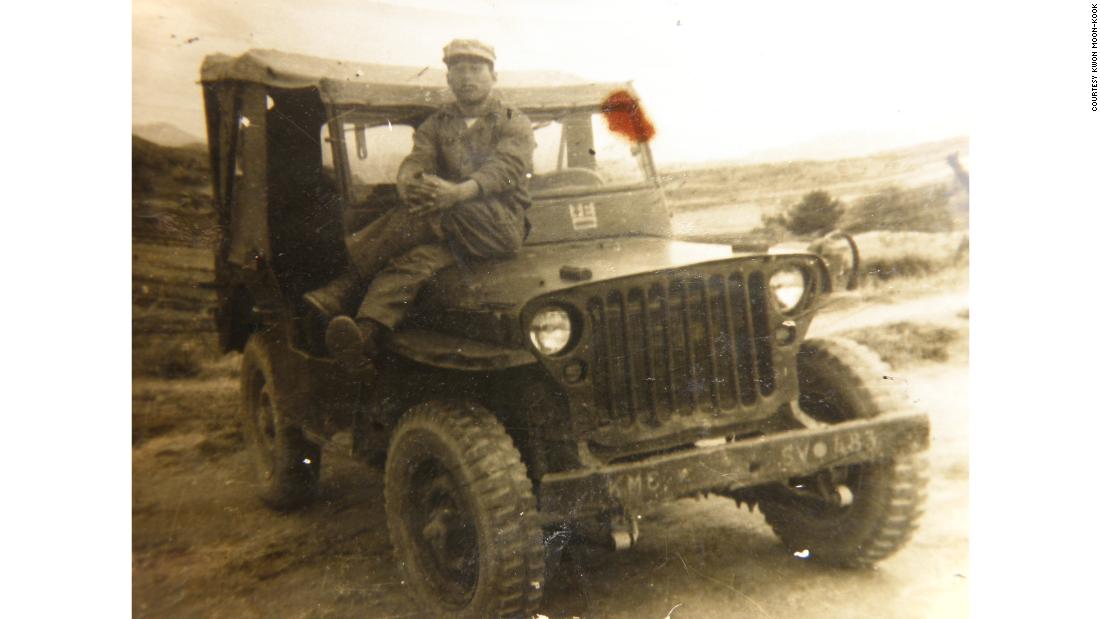 Kwon Moon-Kook is pictured sitting on a military vehicle around the time of the Korean War.
They’re now very unlikely to be alive, he said, but his brothers, who were 12 and 15 when he fled the North Korean army, might have survived.
“I don’t know why but the older I become the more I miss my brothers,” Kwon said.
Kwon married a fellow North Korean who also found herself cut off from family after the war. He beamed with pride when he showed off his family photos, pointing out each of his four children and nine grandchildren. However, he said not a day goes by when he doesn’t think of his other family, stolen from him when he was barely an adult. 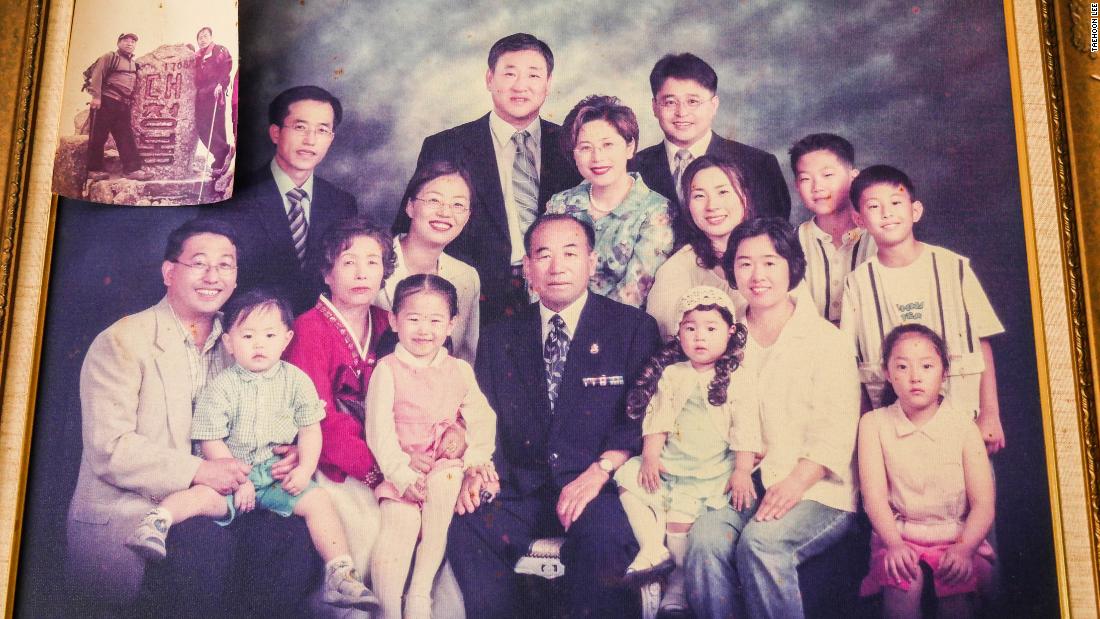 Kwon Moon-kook has four children and nine grandchildren but says he thinks about the family he left behind every day.

One way he feels close to them is to look at satellite images on Google Earth. He tracks where his home and school once was near Wonsan, a port city on the east coast. The buildings are gone, according to Kwon, replaced by military installations, warships moored on the waters nearby. “There’s no chance they’d still be here,” he said. 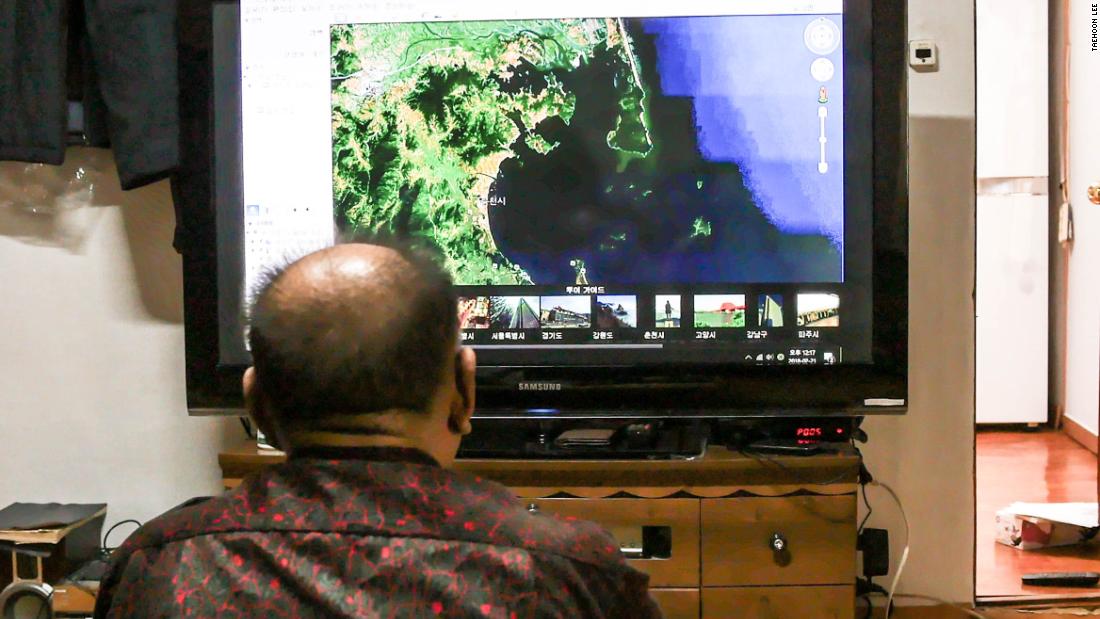 Kwon Moon-kook likes to use Google Earth to look at his birthplace north of the border.
In South Korea, Kwon settled in Abai Village on the east coast near the demilitarized zone (DMZ), as did thousands of other North Koreans who hoped to move back home easily when the time came. But it never did.
Despite everything that has happened, Kwon has not given up hope of North and South Korea reunifying, but says he knows it won’t be in his lifetime.
“I’m not opposed to the summit. I will listen to what they have to say, but I don’t have high hopes. There will be other summits, a second, a third, but I’m too old now,” he said.
“There probably won’t be any concrete changes in my lifetime.”
Share
Facebook
Twitter
WhatsApp
Pinterest
Linkedin
ReddIt
Email
Print
Tumblr
Telegram
Mix
VK
Digg
LINE
Viber
Naver
Previous article‘chemical’ attack: Experts finally visit Douma site in Syria
Next articleFormer first lady Barbara Bush guarded by Secret Service after death, report says