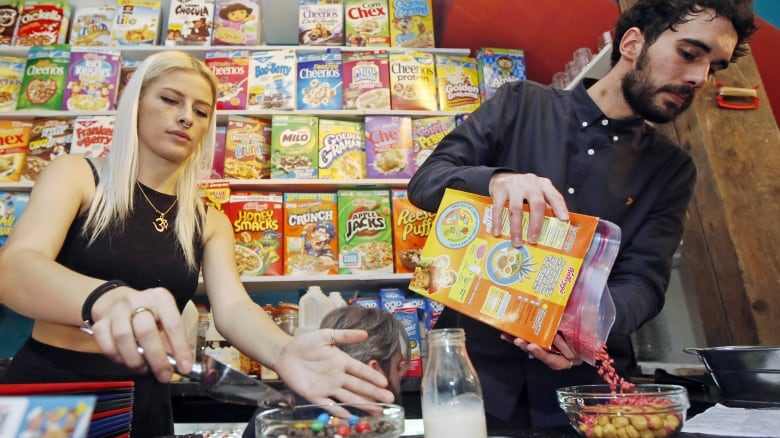 A photo from the National Institutes of Health in June 2019 shows an ultra-processed meal of brand name macaroni and cheese, chicken tenders, canned green beans and diet lemonade. A new study commissioned by the Heart and Stroke Foundation found that a diet high in ultra-processed foods are linked to obesity, diabetes and high-blood pressure. (Paule Joseph, Shavonne Pocock/NIH/Associated Press)

The research was based on Statistics Canada data from a 2015 survey that found ultra-processed foods accounted for an average of 47 per cent of daily calories consumed by adults.

In the survey, 13,608 participants aged 19 or older recounted what they ate and drank the day before and self-reported their height and weight, and whether they had diabetes and/or high blood pressure.

The study was commissioned by Heart and Stroke, which notes that obesity, diabetes and high blood pressure are all risk factors for heart disease and stroke.

They are calling for front-of-package nutrition labels and restrictions on the way ultra-processed foods and beverages are marketed to children. The study also concludes with a plea for public policies that make whole and minimally processed foods and meals “more available, affordable, accessible and appealing for all segments of the population.”

The study, based on data from the 2015 Canadian Community Health Survey, found consumption of ultra-processed foods “alarmingly high” among all Canadians and especially in younger people, those with less formal education, living in rural areas, born in Canada and people with Indigenous identity.

Ultra-processed foods contain little to no whole food, note the study’s authors, who describe them as high in calories, free sugars, sodium or saturated fats.

“Not only do ultra-processed foods not contribute to a healthy diet, but they displace other healthier foods that do,” report author Jean-Claude Moubarac, an assistant professor of nutrition at the University of Montreal, said in a release. 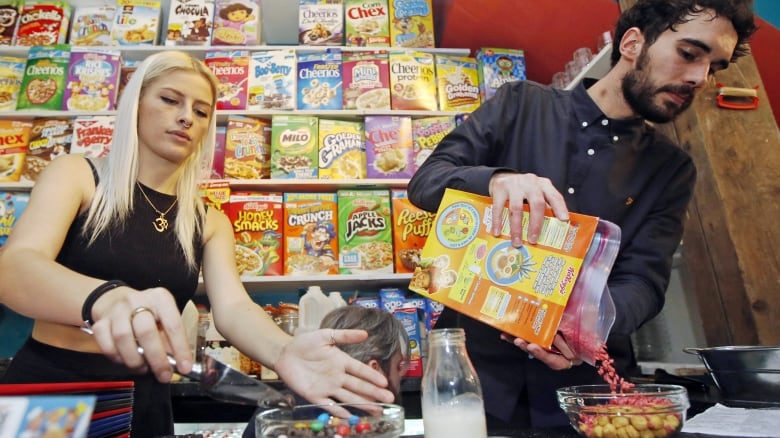 The study ends with a plea for public policies that make whole and minimally processed foods and meals “more available, affordable, accessible and appealing for all segments of the population.” (Luke MacGregor/Reuters)

Survey participants said they consumed an average of 1,819 calories daily, with about 40 per cent coming from unprocessed or minimally processed foods such as fresh, frozen or dry fruits, vegetables, plain meats and milk.

The most commonly consumed ultra-processed food included pre-made meals, fast food and frozen dishes at 8.6 per cent of daily calories; mass-produced breads at 8.6 per cent; and cookies, cakes, candies and other sweets at 5.3 per cent. Sweetened milk-based products and juices and margarine were also cited as part of an ultra-processed diet.

Other examples of ultra-processed foods include carbonated drinks, sweetened breakfast cereals, packaged soups and noodles, and many ready-to-eat or ready-to-heat meals.

The findings are limited by the fact survey participants self-reported their food intake and whether they had diabetes or high blood pressure, researchers say.