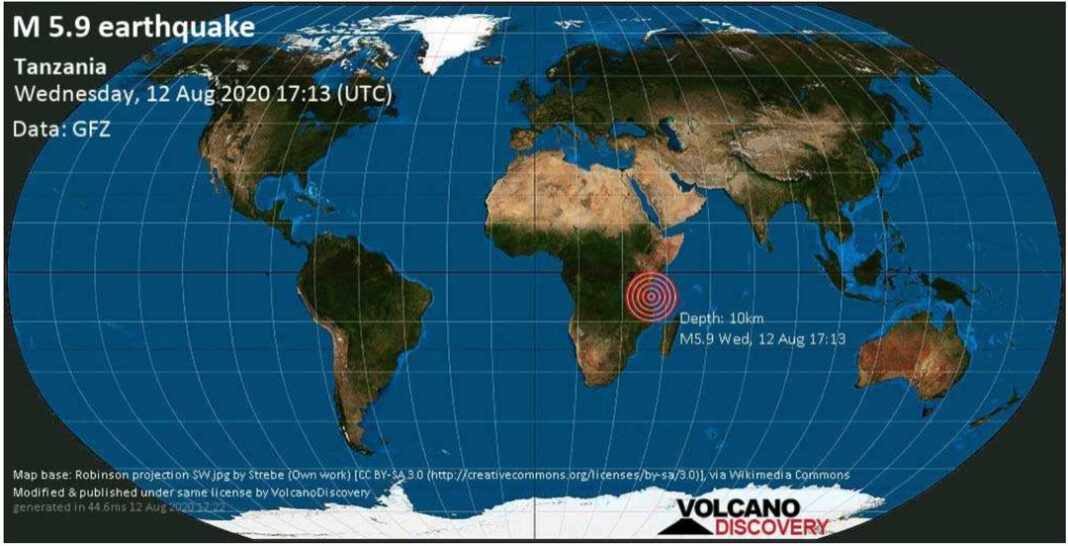 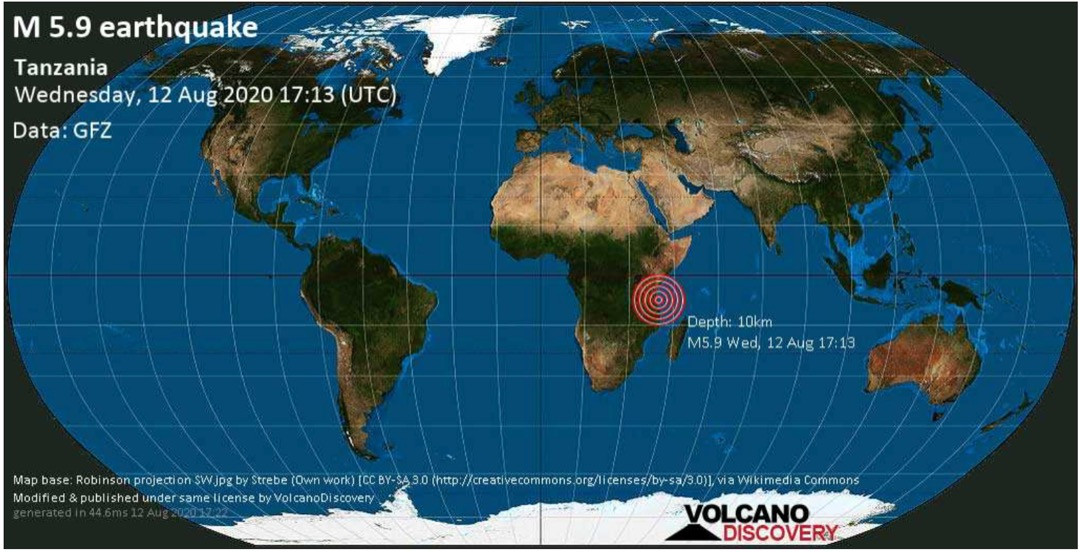 A strong earthquake with a preliminary magnitude of 6.0 has struck off the coast of Tanzania, about 80 kilometers southeast of Dar es Salaam.  The earthquake, which struck at 8:13 p.m. local time on Wednesday, was widely felt but there were no immediate reports of injuries or serious damage. Local reports said the quake was centered in the ocean about 34 kilometers east of Kuruti Island, and struck just 15 kilometers below the seafloor, making it a very shallow earthquake. The U.S. Geological Survey (USGS) said the earthquake had a preliminary magnitude of 6.0.  The report said 8.9 million people may have felt the earthquake, including 59,000 people at a “moderate” intensity. Many people across the region including in Dar es Salaam, Mafia Island, Zanzibar, and Mombasa in Kenya, reported feeling the earthquake. This was the strongest earthquake in the region since September 2016, when a 5.9-magnitude earthquake hit northwest Tanzania, killing at least 17 people and injuring more than 400.