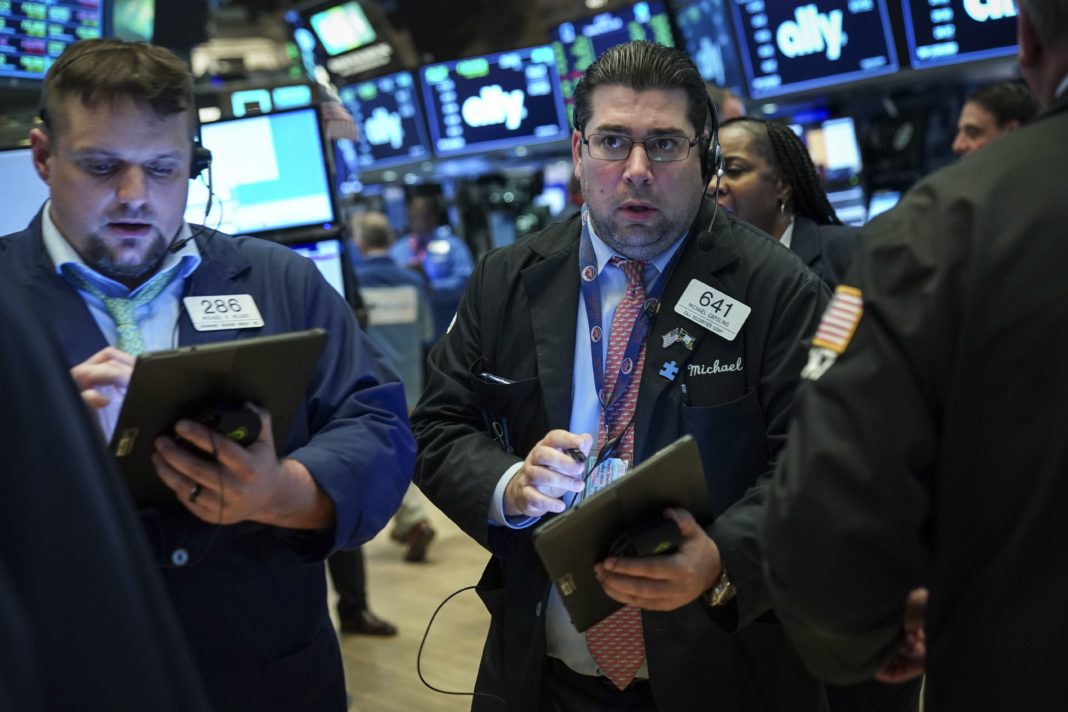 Advance Auto Parts – The autoparts retailer reported adjusted quarterly profit of $2 per share, missing the consensus estimate of $2.21 a share. Revenue also fell short of forecasts in a quarter that the company called “challenging.” The company trimmed the high end of its full-year net sales and comparable-store sales outlooks.

JD.com – The China-based internet company reported a nearly 23% rise in quarterly revenue, more than expected, on growth in sales for its e-commerce business.

General Electric – CEO Larry Culp bought 331,684 shares of GE at an average price of $9.04 per share, according to a Securities and Exchange Commission (SEC) filing. That brings Culp’s total holdings to 942,668 shares.

Brinker International – The parent of Chili’s and other restaurant chains beat estimates by 2 cents a share, with adjusted quarterly profit of $1.36 per share. Revenue came in below forecasts, however. Brinker provided a better-than-expected earnings forecast for the current fiscal year.

Verizon – Verizon is selling blogging website Tumblr for an undisclosed amount to WordPress.com owner Automattic. Verizon had acquired Tumblr as part of its purchase of Yahoo in 2017, and began seeking a buyer earlier this year according to The Wall Street Journal.

Yum Brands – Yum named Chief Operating Officer David Gibbs as its next CEO, effective in January when current CEO Greg Creed steps down. Creed will remain on the restaurant chain’s board of directors.

Constellation Brands – Constellation is selling its Canadian whiskey portfolio to Heaven Hill Brands for $266 million. The deal is expected to close during the second of 2019, as Constellation moves forward with its strategy of focusing on its premium products.

D.R. Horton, KB Home, and PulteGroup – The three stocks were all rated “buy” in new coverage at SunTrust. Among other factors, the firm points to the growth potential of all three home builders.

McDonald’s – McDonald’s was rated “buy” in new coverage at MKM Partners, which believes that strong domestic and international sales growth is sustainable for the restaurant chain.

Netflix – Hedge fund Third Point raised its stake in the video streaming service by 25 percent during the second quarter, according its quarterly 13F filing with the SEC. Third Point now holds 500,000 Netflix shares. It also dissolved its stake in American Express.