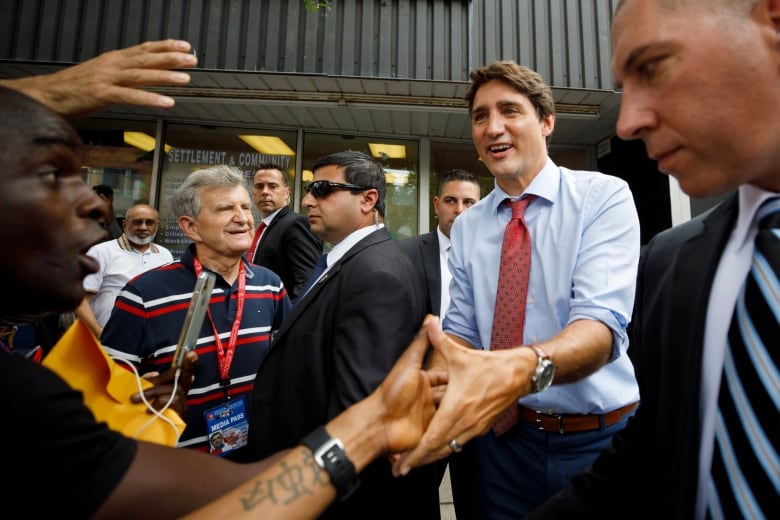 Since the cuts, Erin Simpson of the Canadian Association of Refugee Lawyers says refugee claimants have found themselves ‘in the crosshairs’ as the two levels of government dispute who is responsible for what portion of the program. (Kelda Yuen/CBC)

Refugee lawyers are applauding the federal government’s decision to put $26 million toward Ontario refugee and immigration legal aid services after the province cut the program’s budget in the spring.

Prime Minister Justin Trudeau announced the one-time injection Monday — a welcome move for lawyers who found themselves unable to assist refugees with claims beyond the initial application when Doug Ford’s government slashed the Legal Aid Ontario’s budget by 30 per cent.

The province had argued that Ottawa should foot the bill for the program, claiming federal immigration policies have meant a 158 per cent increase in claims over four years.

“I think this is just a huge step in the right direction,” said Erin Simpson, an executive with the Canadian Association of Refugee Lawyers.

Since the cuts, Simpson says, lawyers have found themselves working overtime, taking on work pro bono and having to have tough conversations with refugee claimants, who she says, have found themselves “in the crosshairs” as the two levels of government dispute who is responsible for what portion of the program.

‘I can’t wait to call them’

With the limited funding, she said, Legal Aid had decided funds for refugee claims could only be used in the initial stage — not for preparing evidence, representation at hearings or for the sort of medical assessments necessary for someone whose claim was based on having experienced torture or domestic abuse.

Simpson said the federal money will help her clients.

“I can’t wait to call them and tell them that we’re going to be able to get them the psychological evaluation that they need, the medical reports,” she said.

“They’re terrified that they’re going to be sent back, and in order to avoid that they have to prove in a legal process that they meet the legal definition of a refugee. Most people can’t do that without a lawyer.” 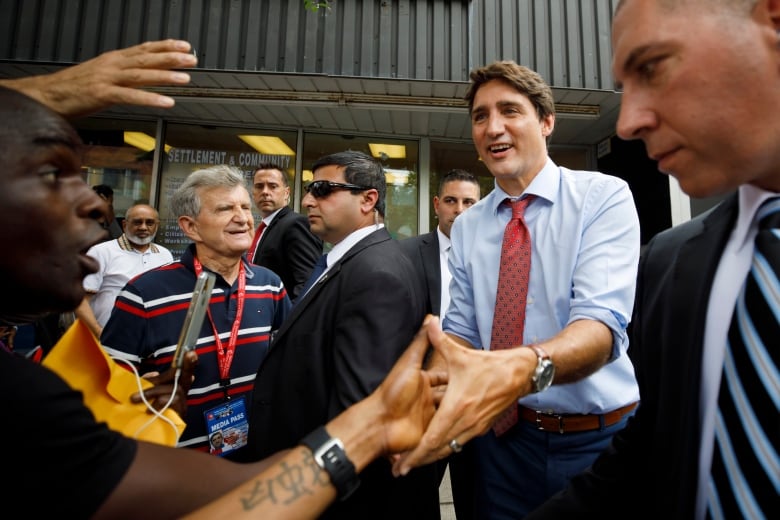 Legal Aid Ontario had been spending about $45 million a year on immigration and refugee services, with about 35 per cent of that coming from the federal government and the rest from the province.

Downey said Ottawa was funding other provinces’ programs at 70 or 80 per cent.  Ontario pulled all of its funding for the program this spring, leaving it with a shortfall.

“I think the public will be naturally suspicious of the timing, right before an election,” he said.

Province spokesperson Ivana Yelich tweeted that Monday’s announcement “has more to do with campaigning than actually dealing with the matter at hand.”

Trudeau said responsibility for legal aid for immigration and refugee cases has long been a joint federal-provincial responsibility, but the Ford government “decided to step away from that.”

“The fact that we have to be here today to recognize that yet another Conservative government, the government of Doug Ford, is walking away from services to the most vulnerable is really frustrating for me and I think for all Canadians,” Trudeau said.

A spokesman for federal Justice Minister David Lametti said the $25.7 million announced Monday was in addition to  approximately $15.4 million in previously committed federal money for the program.

The new investment meant the program was roughly fully funded, he said. Trudeau said he will “engage in reflections” on how to ensure the program’s long-term sustainability. 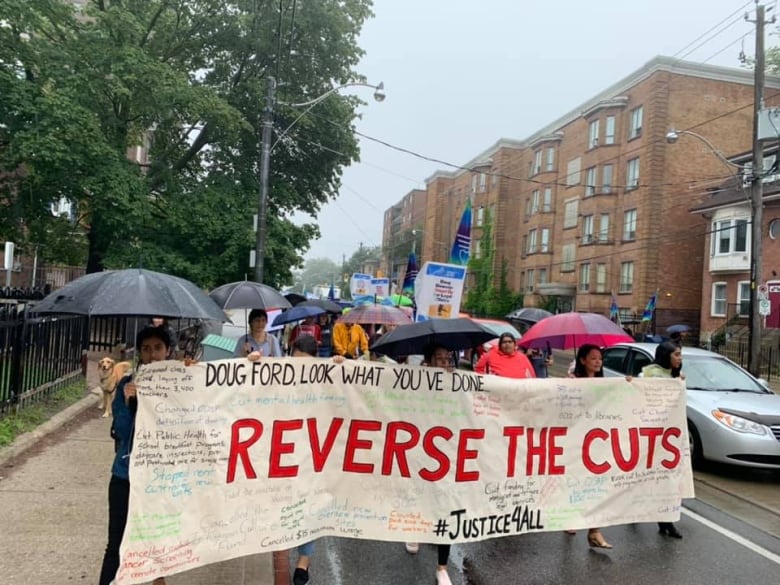 Parkdale Community Legal Services was among the clinics protesting the cut to Legal Aid Ontario in the province’s April budget. (OPSEU Local 5118/Facebook)

While Simpson says she’s relieved for now, she also wants to see the two levels of government hammer out a longer-term plan.

And while she says she doesn’t have an opinion on how much each level of government should be responsible for contributing, she says, one thing is clear: “You don’t need to pull the funding and use refugees as a pawn in your political brinksmanship.”
Share
Facebook
Twitter
WhatsApp
Pinterest
Linkedin
ReddIt
Email
Print
Tumblr
Telegram
Mix
VK
Digg
LINE
Viber
Naver
Previous articleMaxime Bernier excluded from initial invitations to leaders’ election debates
Next articleHundreds of cows die in massive Manitoba barn fire