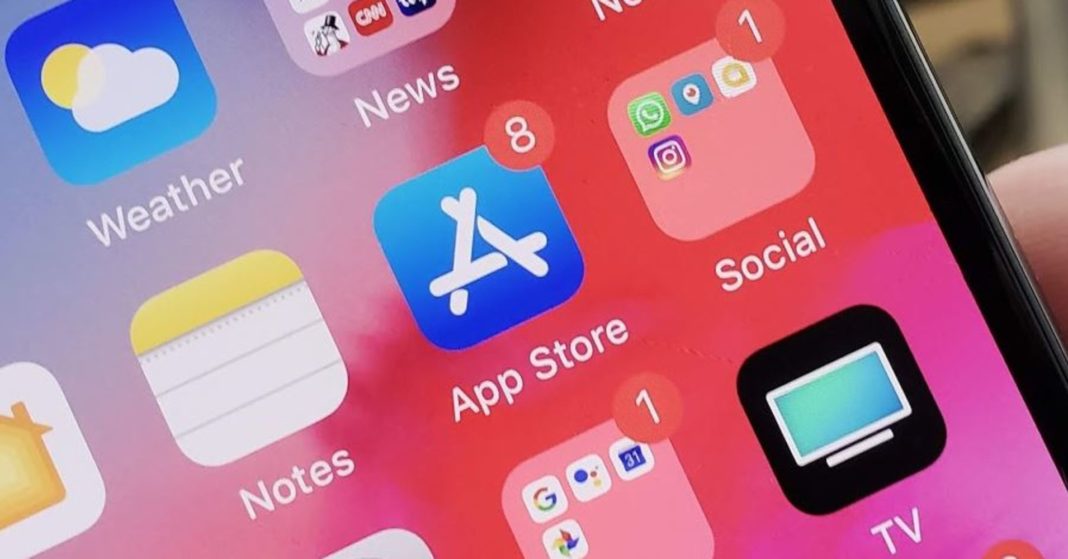 A nearly decade-long battle over Apple’s App Store is set to finally be argued before the justices of the U.S. Supreme Court on Monday, setting up a high-stakes showdown over whether the company can be forced to pay damages to iPhone owners who say the App Store is an unlawful monopoly.

The iPhone owners who brought the suit allege that Apple’s 30 percent commission on app sales amounts to price gouging passed on to consumers. iPhone owners can only buy apps through the App Store, unless they bypass Apple’s rules by “jailbreaking” their phone, which modifies the iPhone’s software so users can download apps outside the App Store. Jailbreaking an iPhone voids its warranty.

The case does not address the underlying monopoly issue, but instead will determine whether the iPhone users can bring the charge at all. Apple has argued that only app developers could bring such a suit.

The stakes of the Supreme Court battle are high. Experts say that if the court permits iPhone users to bring their suit, they could force the company to refund a percentage of every app sold over a four year period, possibly saddling the electronics giant with hundreds of millions of dollars in penalties.

Whether iPhone users get that payout won’t be resolved by the Supreme Court. If the iPhone owners win Monday’s fight, they will have to prove in a district court battle that Apple has a monopoly that has led to overcharging, which Apple vigorously denies.

Nonetheless, the case is the most important business dispute of the term, and the most consequential litigation facing Apple outside of its billion dollar intellectual property suit against chipmaker Qualcomm. Analysts watching the case say it could have an impact for shareholders.

“I would say that it is significant to the stock, because if you look at what’s driving shares, part of it is that Apple’s services revenue is elevating,” said Tom Forte, an analyst at D.A. Davidson who covers Apple and other consumer technology companies.

Forte said that the primary drivers of the company’s shares in recent weeks were the U.S.-China trade war and slowing iPhone sales. But, he said, “if they were to lose, that could put further pressure on the stock.”

Apple’s services revenue, which comes from the App Store as well as other products such as iTunes and iCloud, hit a record $10 billion in revenue last quarter. The company’s market cap exceeds $800 billion.

The court’s decision in the case, which is named Apple Inc. v. Pepper, No. 17-204, could have an impact beyond Apple. It could also open up other tech companies that operate electronic marketplaces, like Facebook, Ebay, Amazon and Alphabet’s Google, to similar challenges.

In a statement, Apple said that its App Store has fueled competition. The company said the store is responsible for the creation of millions of jobs and more than $100 billion in payments to app developers.

“We are hopeful the Supreme Court will recognize Apple’s critical role as a marketplace for apps, and uphold existing legal precedent by finding in favor of Apple and the millions of developers who sell their apps on our platform,” the company said.

Despite affecting the biggest tech companies in the world, Monday’s case hinges on how the Supreme Court’s justices will apply a decidedly low-tech ruling from the latter half of the 20th century.

The precedent the court is revisiting was set in Illinois Brick Co. v. Illinois, a 1977 dispute in which the court ruled in favor of concrete brick manufacturers. The state of Illinois sued the brickmakers for allegedly inflating their prices, causing an increase in the the cost of public building projects.

The court ruled that even though the increased brick costs might hurt Illinois indirectly, only the contractors who actually bought the bricks had standing to sue. That established the so-called “Illinois brick doctrine,” which says that only the direct purchaser of a good can collect damages from a monopoly holder.

Apple, which is supported by the Justice Department, will argue Monday that it is not directly selling apps to iPhone users. Rather, Apple will say that it is acting as an agent for app developers, who ultimately are selling their wares to consumers. In exchange for the commission Apple takes on app sales, the company provides access to its vast user base and performs other services, such as malware detection.

That view is supported by The App Association, an industry group that represents developers. The group has said that, in its view, “the customer is unequivocally buying from the app developer, not the platform the developer sold their app through,” and cautioned that a ruling against Apple could jeopardize the app economy.

But the iPhone owners bringing the suit take a different view. They argue that Apple directly sells the apps in its store, and has gone to “great lengths” to keep it that way, both by establishing technical barriers to other marketplaces and by penalizing those who jailbreak their devices.

While Apple does not price the goods in its App Store, the iPhone users argue that Apple still exercises control over pricing. Apple requires that that any app sold have a price that ends in 99 cents, such as $1.99.

Herbert Hovenkamp, one of the country’s top antitrust experts and a professor at the University of Pennsylvania School of Law and The Wharton School, the university’s business school, joined a brief supporting the iPhone owners in the case.

In an interview, Hovenkamp said that the case is distinct from Illinois Brick.

In that case, he said, it was the brickmakers who were alleged to be conspiring to inflate prices. But in this case, the equivalent party — the app developers — are innocent, potentially even victims of the alleged monopoly.

A ruling is expected to come by late June.