Stellantis plants in Windsor, Brampton to get $3.6B in upgrades for EV production 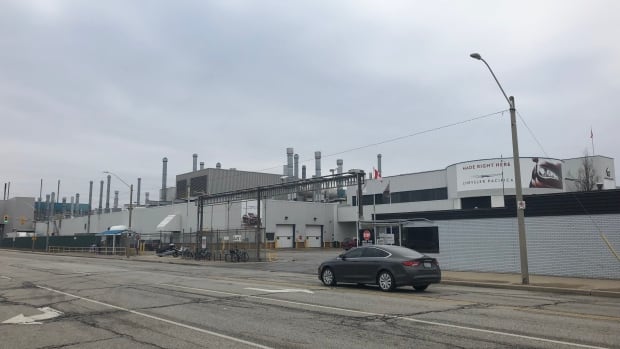 Stellantis’s auto assembly plants in Windsor and Brampton in Ontario will get $3.6 billion worth of upgrades to support the company’s push toward electric vehicle and battery production.

In a news release Monday, the company said it will transform the plants into “flexible, multi-energy vehicle assembly facilities” ready to “produce the electric vehicles of the future.” The media release had said the investment was $3.4 billion, but during the announcement, officials clarified it’s a $3.6-billion investment.

“Today is yet another example that our plan to build Ontario is delivering huge wins for workers and communities all over this province,” said Ford in the release.

“Ontario has everything it needs to be North America’s auto manufacturing powerhouse once again. Where other governments stood by and watched jobs flee this province, we are getting it done and ensuring that cars of the future are made in Ontario by Ontario workers.”

For the Windsor Assembly Plant, Stellantis hopes the changes will diversify its ability to introduce battery-electric or hybrid models to the production line to meet what it calls “growing demand for low-emissions vehicles.”

The province is funding up to $287 million with this renovation.

The company will also build two new research and development facilities that focus on EV production and battery technology.

Stellantis will also expand its Automotive Research and Development Centre in Windsor by building two Electric Vehicle and Battery Pack Testing Centres of Competency, which will support everything from auto design to development.

The centres are also expected to provide opportunities for students in university, college and startups that want to take part in EV production.

According to Stellantis, the province is investing up to $94 million for these centres.

At the Brampton Assembly Plant, Stellantis will also change its assembly line to allow it to produce battery-electric and hybrid vehicles, with the province committing $132 million to the facility.

In total, the province is providing up to $513 million to fund these developments.

“Today is a big win for Canadian workers, the future of Canada’s auto sector and the entire Canadian economy,” said François-Philippe Champagne, minister of innovation,science and industry, in a news release.

“With this historic investment in Stellantis to build thousands of electric vehicles every year, we are securing thousands of well-paying jobs in Windsor and Brampton. With a century of excellence by Canadian auto workers, today is one more step in our efforts to build a sustainable economy of the future that is part of Canada’s path to net zero.”

With these changes and the EV battery plant, Stellantis said it’s investing $6 billion in the province’s auto industry.

Stellantis and South Korean battery manufacturer LG Energy Solution have paired for the project, set to be operational in 2024.