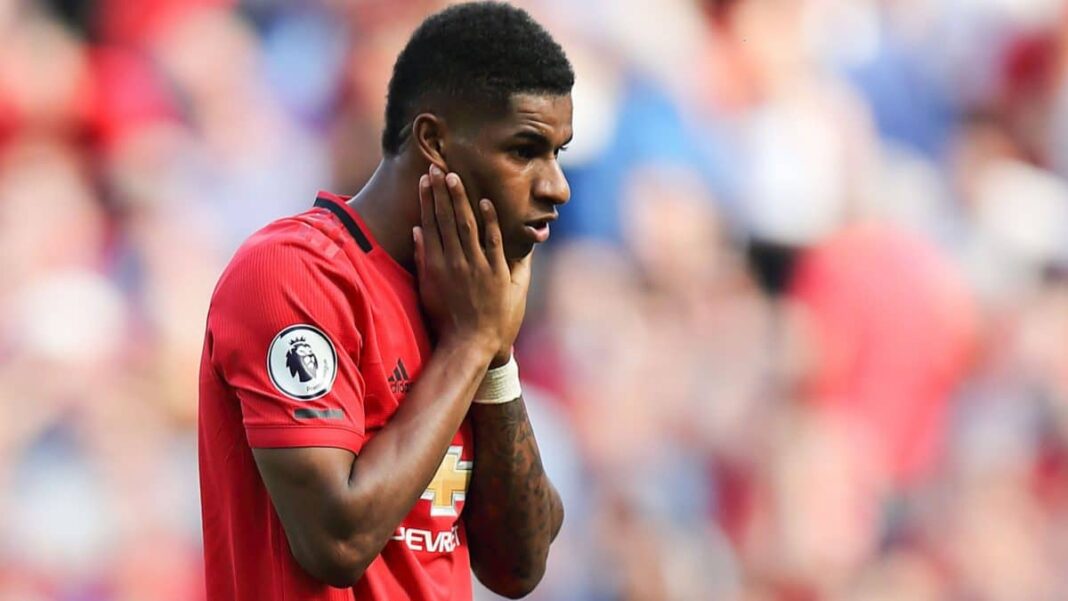 Arsenal legend, Ian Wright, has urged Manchester United’s Marcus Rashford to stand his ground and not to feel sorry for confronting an angry Red Devils fan.

Rashford had confronted a Man United fan following their Champions League exit at the hand of Atletico Madrid this week.

Video footage shows the England international reacting to one fan and turning to face the crowd before being ushered back towards the team bus by security.

But Wright has now supported Rashford after the forward was taunted by a group of supporters, insisting that the 23-year-old has nothing to apologise for.

In a video on his Twitter account, Wright said: “Somebody just sent me the Marcus Rashford video where he confronted fans because the fans were digging him out and he offered one of them out. I don’t know who is doing it, doing this apologizing for him, who the f*ck is apologizing for that? People are so quick to say, ‘Oh, sorry,’ and that is what gives these fans that feel that they can dig people out.”

He added: “Marcus, stand your ground, bro. You got people jumping on and saying, ‘Marcus is so sorry.’ Don’t be f*cking sorry for that, bro. Some of those fans love giving it but can’t take it. You just do your stuff, get back to where you need to be when you are playing. F*ck them fans.”