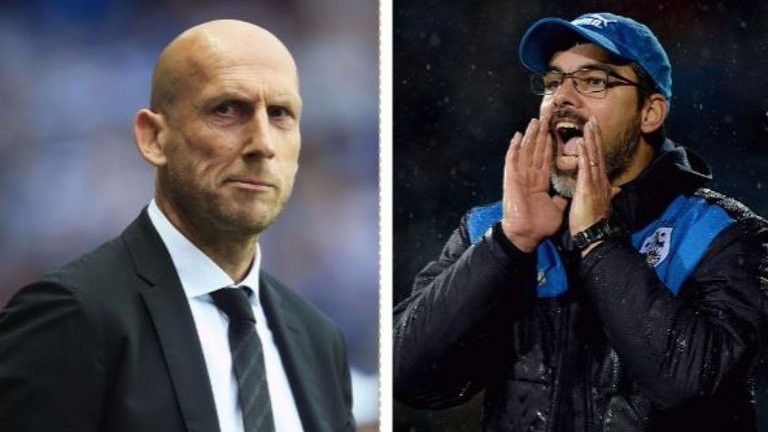 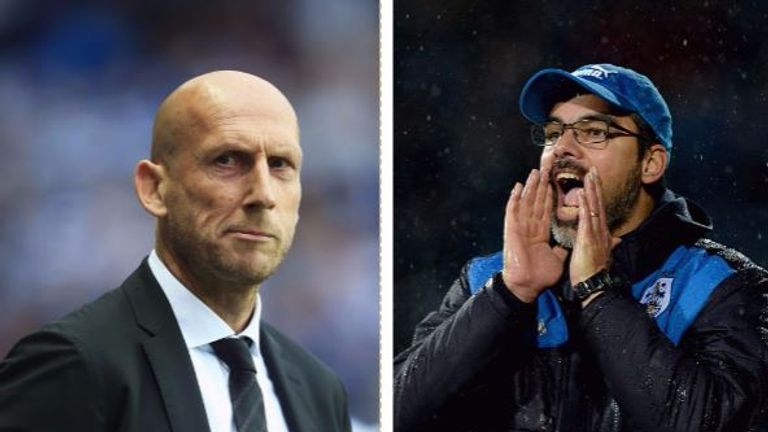 Reading and Huddersfield meet at Wembley in the Sky Bet Championship play-off final on Bank Holiday Monday knowing that just one game separates them from a place in the Premier League.

Ahead of the massive encounter, which is live on Sky Sports, Reading boss Jaap Stam and Huddersfield boss David Wagner spoke to the EFL Weekly podcast about their expectations, preparations and hopes…

Jaap Stam: Maybe nobody expected us to be up there because of where Reading ended up in the last couple of seasons. I think everyone expected, or hoped, that we’d go down or lose games and drop out of the top six.

But we don’t really pay too much attention to what other people are saying about us, and I think that’s one of our main strengths. We focus on each game on its own and try not to think too much ahead.

We look at the team and thought it would be nice to get into the top 10 and then build towards the chance to go up eventually. We were realistic and didn’t think it would happen within one season and we’d make steps, like how Brighton did it.

But you saw throughout the season the results kept coming and a certain mentality appeared within the squad. Then you get into the top six and never leave. We dipped every so often but never lost more than two in a row and always came back strong.

As David Wagner and Jaap Stam prepare to lead their teams out at Wembley for the richest game in football, both managers speak to EFL Weekly.

David Wagner: At the beginning of the season there was a vision, and then the vision turned into a real chance around Christmas time. After we’d played every opponent once I thought we could reach the play-offs, which would have been an unbelievable achievement for this football club. Then it became a reality and now we’re at Wembley.

I never thought automatic promotion was an option so I was never disappointed. Newcastle and Brighton were too strong.

It would be my biggest achievement as a manager for sure. But my thoughts are more for the club, the fans, the town and all the people who have invested so much. These are more my thoughts than for me personally.

JS: It’s been relaxed, everyone is happy and looking forward to the game. Between the Fulham match and the final there’s been quite a big gap and we’re not used to that. But everyone is looking sharp and fresh so it’s good.

We don’t need to think about what will happen if we go up or don’t win. I try to tell the players not to think about that because we’re not there yet. Our main focus is on how we need to play on Monday.

We’re working hard tactically and going into the game we’ll need to be well prepared like always, and hopefully get a result. After that we can start to think about what we need to do one way or the other.

DW: Everyone talked about experience when I arrived, which is such a big word in British football, but from my point of view, and with the knowledge I now have, I think my biggest advantage was that I didn’t have any. I didn’t know the league, the opponents or the individual players, so I was able to totally focus on us and to develop the potential we had, which I’m still trying to do.

I think where we are now is as a result of a lot of small decisions we’ve made to take this club forward and I think it’s paid off in helping us develop as quickly as we have.

In Germany we have another picture in terms of how it should look to be a professional. The mentality of the British players I’ve found here has been unbelievable, and the working attitude when they’re on the grass has been world class. But unfortunately they weren’t so often on the grass in the past!

So we changed the working schedule, the nutrition and how they should live away from the training centre. We also changed the head of performance and improved the togetherness of the group.

JS: You tell your players how to approach certain games and what we need to do in finals, but all the players know what’s at stake and they’ll be thinking a bit differently than normal.

It’s about creating an environment with the team and preparing them as well as you can, because of the occasion, the importance of the game and the crowd. The players need to enjoy that and if you win you can enjoy it even more.

Wembley is always a special occasion. It’s a great pitch and stadium and a lot of fans will be there. As a player you need to enjoy that.

I’m very proud already in spite of the result. It’d be nice if we can have a good score but these games are always tight. We know we’re playing a very good team who can play in possession, have pace up front and are confident on the ball. We know we need to work very hard to get a result and make it difficult for them.

Ahead of the Championship play-off final, we look at Huddersfield’s and Reading’s top goalscorers in Elias Kachunga and Yann Kermorgant

DW: There’ll be no secrets on Monday. Jaap and I have also met before twice in friendlies with Dortmund and Ajax’s second teams when he was their assistant.

You can only reflect when it’s over. We’ve done a fantastic job so far and over-achieved, but we have a job to do on Monday and we’ll be ready. We’re so excited to try and get this over the line, and we’ll invest everything from our legs, heart and head to be successful.