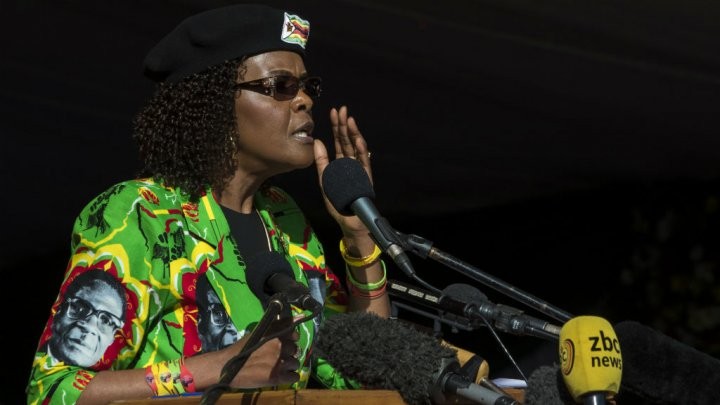 Engels accused the first lady of whipping her with an electric extension cable a week ago as she waited with two friends in a luxury hotel suite to meet one of Mugabe’s adult sons.

Afriforum has given legal backing to Engels, the 20-year-old woman behind the assault allegation, and is working on the case with Gerrie Nel.

He was the prosecutor who secured a murder conviction against Olympic and Paralympic star Oscar Pistorius.

“We want to set aside the granting of diplomatic immunity to Grace Mugabe,” said Afriforum CEO Kallie Kriel adding that it could take months before the case is heard in court and that no date for the hearing had been set.

Mugabe returned home from South Africa early on Sunday, but her immunity was widely-criticised in South Africa, where August has been designated Women’s Month to highlight concerns around gender violence and abuse.

Engels has accused Grace Mugabe of whipping her with an electric extension cable as she waited with two friends in a luxury hotel suite to meet one of Mugabe’s adult sons.

Harare has made no official comment on the issue and requests for comment from Zimbabwean government officials have gone unanswered.