Sound Sultan: “No one really has the right to castigate anybody”- HIP TV boss, Ayo Animashaun replies music executive, Sosoberekon 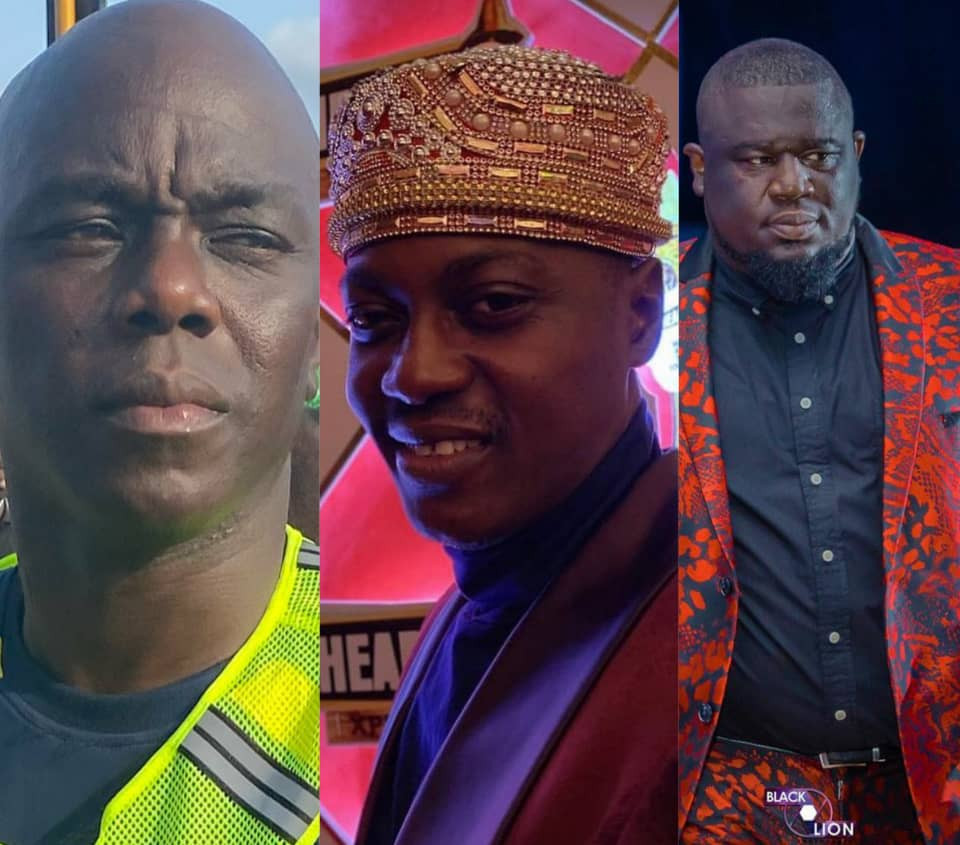 News of the demise of singer Sound Sultan, broke earlier today July 11. A statement released by his family said he died on Saturday, July 10 from cancer.

Read more:  Youâre self-centered and wicked. You will reap your wickedness – Actress Ada Ameh calls out Yomi Fabiyi over the controversial movie

Shortly after the news broke, Nigerians including celebrities took to social media to mourn him, posting photos of him on their pages as they expressed their grief over his demise.

Music executive, Sosoberekon while expressing his sadness chided people who did not check up on the singer while he was sick but are now posting his photos online. He wrote

”How many of you checked on him when you heard he was sick? The news was everywhere. Now everyone is posting now that he’s gone. Rest In Peace @soundsultan you were a very great & amazing guy.”

”Only @soundsultan knew that and let it be between him, God, those who did and those who didn’t. No one really has the right to castigate anybody. Not even his family. May our intention and hearts judge us. Some of our  friends are going through so much now….they are where Lanre was three months ago. I pray they survive….for those that feel that they should have done better. I hope these ones survive it…but you can start by checking on them.” 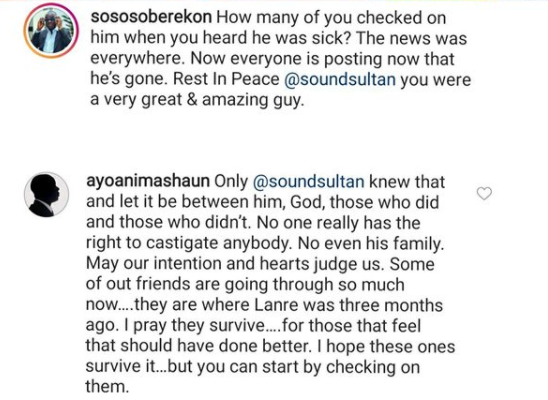