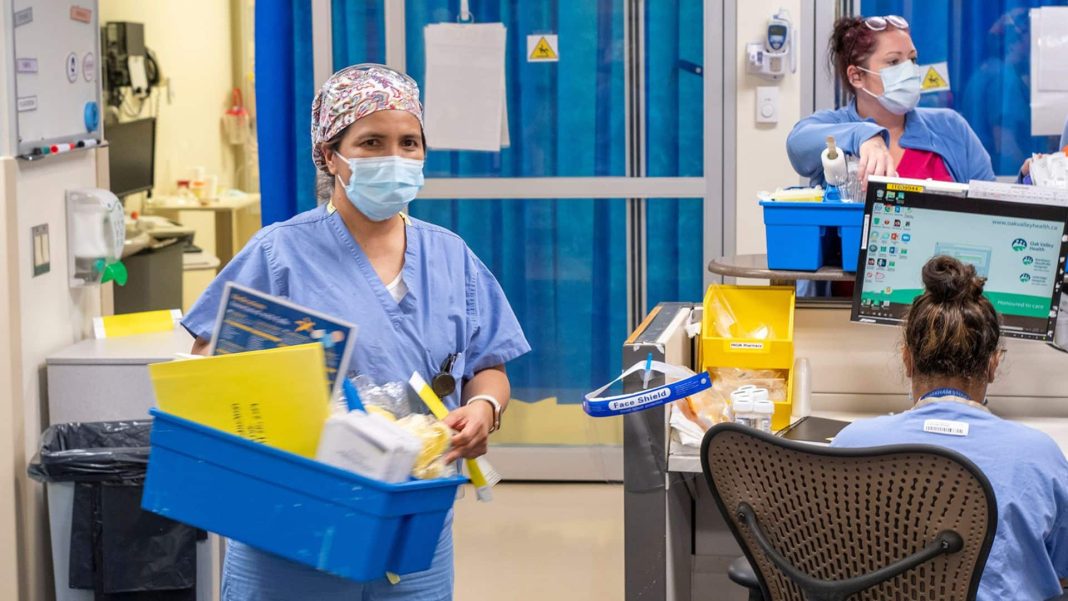 If you’ve spent hours waiting to see a doctor in an Ontario emergency room, or days in the ER waiting to get admitted to hospital, you likely didn’t see the real factors driving those delays.

That’s because the record-high wait times in emergency departments in this province are in large part symptoms of problems elsewhere in the health-care system, well beyond the emergency room doors.

The bulk of those problems predate the arrival of COVID-19 in Ontario, and are now being intensified by the toll that two and a half years of a pandemic has taken on the system, the staff who work in it and the patients they serve.

People who work in health care in Ontario say the key solutions to alleviating the pressure on emergency rooms don’t involve quick fixes but rather long-term changes to the system.

“Learn the lesson of the last two decades, which is if you do not plan, you have no path to anywhere,” said Dale in an interview. 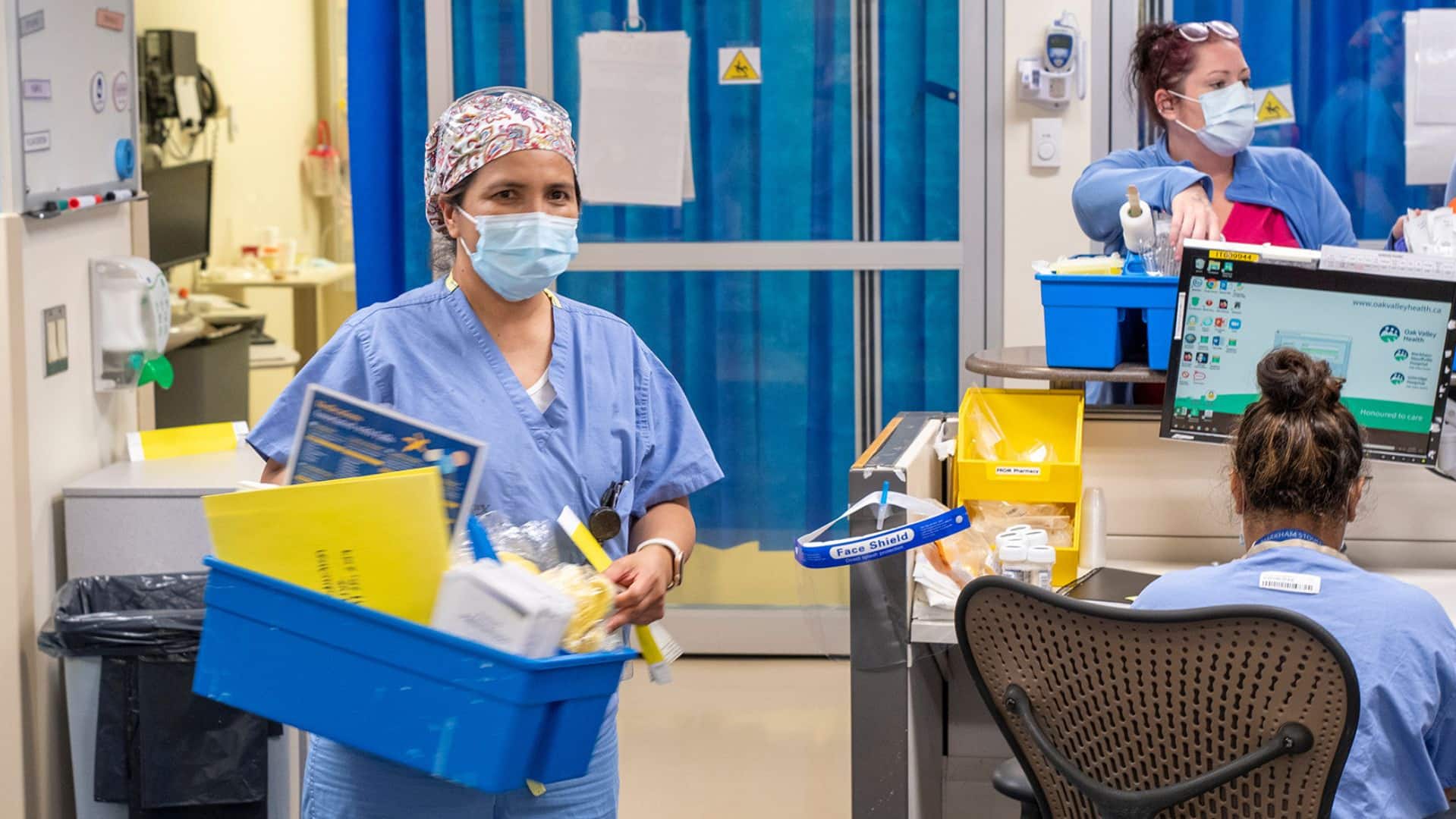 A major reason why patients are spending a record-high average of 20 hours in Ontario emergency rooms before they get admitted to hospital is because hospital wards are routinely operating at or above full capacity, creating a logjam in getting out of the ER.

This was the case before the pandemic, as revealed in a series of CBC News reports in early 2020 about Ontario’s chronic “hallway healthcare” problem.

Why are Ontario’s hospital wards so full right now? It’s partly a factor of hospitals catching up on surgeries postponed during the worst waves of the pandemic. But there’s more going on: Ontario hospitals are currently reporting record-high numbers (for this time of year) of patients occupying a bed who are ready for discharge, but there’s nowhere for them to be discharged to.

“We really sat up and took notice when the data came in for the end of May,” said Dale. “This is usually a recovery time [of year]  where the flow in the system is better.”

It means roughly 6,000 patients across the province in an acute care hospital ward when they don’t actually need to be, yet can’t be discharged for lack of available home care, long-term care or physical rehabilitation.

The latest phase of the pandemic and its effects on health-care staffing outside hospitals has also contributed to the seasonal-record-high discharge backlog. “Home care right now is really struggling to absorb patients for discharge,” said Dale.

Experts say the key long-term solutions to this involve significant increases in capacity at long-term care homes and a greater supply of home care, both of which are a long way down the health-care line from the ER, and both of which will take time.

It’s clear that the latest spike in ER wait times was in part a result of a spike in nurses and doctors calling in sick because they’ve been exposed to COVID-19. So there are hopes this will ease — at least in the short term — with slower spread of the virus in summer.

But solving the broader, ongoing staffing crunch throughout the health system is a far bigger long-term challenge. The most fundamental example of how stretched health-care workers are in this province: Ontario has long had fewer nurses proportionate to its population than anywhere else in Canada.

“It doesn’t matter how many beds you have,” said Sara Fung, a registered nurse and co-host of the Gritty Nurse Podcast. “At the end of the day, you need a nurse to care for a patient. And if you don’t have that, you don’t have a functioning health-care system.”

Getting the province’s registered nurse workforce up to the per capita average of the rest of the country would involve hiring more than 12,000 RNs, according to CBC News calculations based on statistics compiled by the Canadian Institute for Health Information. That would amount to a roughly 14 per cent jump in the number of nurses currently working in direct care.

Nurses are also leaving the profession in droves, burned out by the workload strain of the pandemic. That doesn’t help matters, nor does the wage cap imposed on nurses and other unionized public sector workers by Premier Doug Ford’s government through Bill 124.

“We need our hospitals to understand how much stress we’re under,” said Dr. Howard Ovens, a 40-year veteran of the ER who chairs the province’s emergency services advisory committee.

“Ultimately no hospital or emergency room can solve this problem on their own,” said Ovens. “We need system responses. We need to train more emergency physicians and nurses.”

There are signs that family doctor access has worsened as the pandemic dragged on.

At Mackenzie Health, which includes two major hospitals in York Region (Richmond Hill and Cortellucci Vaughan), about five per cent of patients who came to ER pre-pandemic did not have a family physician. That figure is currently running at a dramatically higher 25 per cent, said Dr. David Rauchwerger, medical director of the Mackenzie Health emergency department.

“So we are seeing a lot of what I’ll call delayed diagnosis, people presenting in a much more ill state of whatever illness they might have,” said Rauchwerger in an interview. “Be it cancer, heart disease, diabetes, whatever the case may be, they’re coming in sicker, and we’ve seen our proportion of patients who are requiring admission increase.”

The Ontario College of Family Physicians, the advocacy group representing some 15,000 doctors working in primary care, says about 20 per cent of its members plan to retire in the next five years.

The group is calling on the government to launch a recruitment campaign, to streamline administrative tasks such as requesting tests and referrals, and to provide family doctors with direct support from multi-disciplinary teams, such as nurses, social workers and mental health professionals..

Another way to lessen the burden on the emergency rooms is to offer a wider range of ways that people can get care for some of the non-life-threatening or non-urgent things that bring them to hospital.

Dr. Kashif Pirzada, an emergency department physician in Toronto, says that while ERs are intended to deal with such emergencies as trauma and heart attacks, they’re asked to do much more.

“The ER has always been society’s backstop,” said Pirzada in an interview. “We function as the last-resort mental health clinic. We’re the after-hours clinic for everybody. The default is to come to us, and we’re just not designed for that.”

There are calls for family doctors to offer more access outside regular office hours, for more walk-in clinics to operate on evenings and weekends, and for the province to increase the number of urgent care centres that provide more health services than a walk-in clinic with less resources than an ER.

Have you or someone close to you recently endured a long stay in an emergency room in Ontario? Email CBC News to tell us about your experience.

Similarly, providing alternatives that keep people out of hospital can in turn ease the backlog in the ERs.

“The pandemic has taught us a lot about being nimble and adaptable and doing things differently,” said Dale, of the Ontario Hospital Association. “We can do a lot better in Ontario when it comes to the way our health care system is integrated right now.”

Before COVID-19 hit the province, the Ford government began overhauling the system, in part by creating Ontario Health Teams linking hospitals, long-term care homes, home-care agencies and family doctors, with the aim of lessening the time patients need to spend in hospital.

That work continued during the pandemic but was somewhat on the back burner. It will be a crucial focus for Ontario’s new minister of health, to be sworn in with the rest of cabinet on Friday.