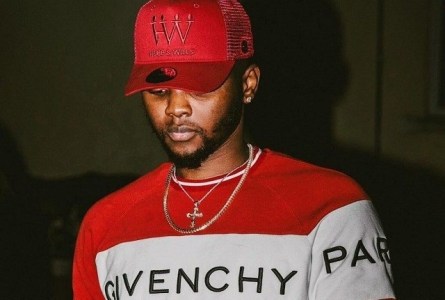 Singer, Kizz Daniel Reveals He Had Graduated With 4.37 CGPA In Engineering

Popular Nigerian singer, Kizz Daniel, has revealed that he graduated with a 4.37 CGPA in Engineering.

The singer made this known after a Twitter user said that he was shocked on finding out that Kizz Daniel graduated with a First Class in Engineering.

“Wait. So Kizz Daniel graduated with a First Class degree in Engineering. How did I not know this? 🤯”, he tweeted.

“I actually graduated with a 4.37 CGPA, almost there”

Here are some reactions from his fans below;

No matter how Strong your Second Class Upper, 3.5 and 4.49 nah still the same Second Class pic.twitter.com/Vuvhx4FOP7

Mines was almost there too. 4.28 pic.twitter.com/IzoJApgtkY

Critically av been study for engineering! destiny say make I do musical🦍🤞

@Maki it is not first class but second class upper, that was the reason why he said: ” almost there “….. First class start with 4.5.@iamkissdaniel you are genius…that was a good grade.

We wey sabi say you be efiko sabi. That’s why man isn’t surprise with your wave.
Late Dr Amoori no gree us rest for classes! Any small thing, he start using you as reference point!!

No Wonder He Does Not Make Bad Songs!!! pic.twitter.com/ct3wsWGbsi

Viral Video of friend who attempted to sleep with her friend boyfriend, Beaten and neaked (Full video)

Who is Chris Brown still in love with? Rihanna? Karreuche?

I got three kids am trying to figure out how to navigate life withÂ no mom – Husband of woman killed along with Kobe Bryant...

Some men just don’t want to be in their child’s life or have love for them – Ubi Franklin’s baby mama, Sandra reacts to...

Bobrisky is an agent of darkness- Clergyman Apostle Omashola Said

Do we pretend that leaving her behind won’t result in pregnancy? Journalist Ahmed Salkida asks as he confirms that Leah Sharibu is now a...