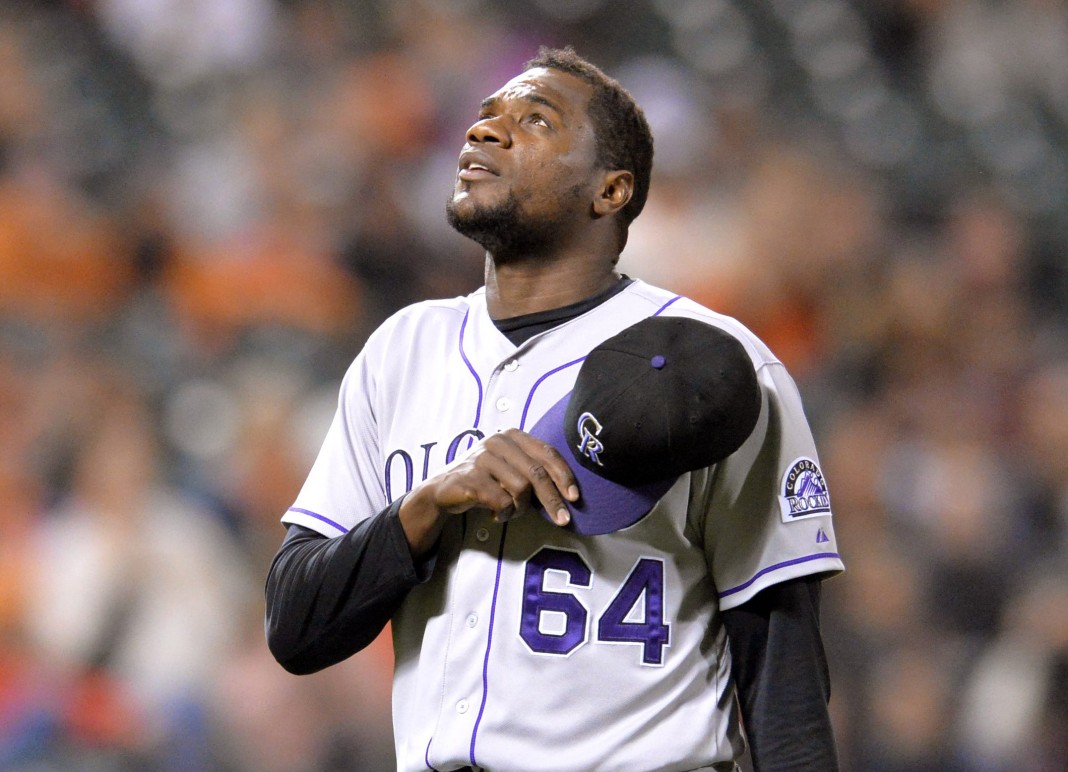 Another obvious finding that’s only just permeating the game now is the idea of throwing your best pitch frequently. Gone are the days of every pitcher needing an immense arsenal, in are the Rich Hill’s of the world, tossing conventional wisdom aside in favor of their best pitches over and over. Guys like Kenley Jansen get by with just a single offering, and more an more players are doing away with their average pitches to focus on their best.

Castro has been pretty delightful all year long. At AAA Nashville, he put up the highest K-rate of his career by far (37.7% of all batters) and has continued striking out hitters at the big league level (28.3%). That puts him in the company of some very good relievers, and if he can maintain that level he’d be a huge steal. The A’s pen is a disaster at this point with no major obvious fixes on the horizon. Castro has the potential to be a Ryan Dull like solid but not perfect reliever, something every team needs, particularly one trotting out the ghost of Santiago Casilla in high leverage situations.

If Castro could do what he’s done so far this year in Oakland over the course of a full season, that’d be wonderful. A 2.84 ERA is fantastic, especially in front of this defense and definitely for a free agent pickup hoping to take one of the last spots in the pen.

Thing is, there’s reason to think it’s not sustainable. His walk rate is lower than it’ll likely end up when comparing to his career, his left of base rate will likely go down, and his BABIP against is probably unsustainable. If he continues to pitch like he is now, his ERA is more likely to resemble the 3.91 FIP he’s sporting rather than that sterling ERA.

What makes Castro so exciting and so worthy of an article is not just the relative muck he’s compared to in the pen, but the stuff he clearly has. Strikeouts are typically sustainable, and he’s been inducing whiffs in both the minors and majors all year long. That’s mostly on the strength of his slider, a pitch with which he’s induced 11 of his 16 strikeouts. He’s inducing whiffs on 13.6% of all of his sliders, and somewhat remarkably for a guy who has had walk issues over the course of his career, is only throwing it for a ball 32% of the time.

Castro has been amazing against hitters when he’s ahead in the count and terrible when behind. That’s not rare, but it’s particularly stark in this instance and surprise! Castro is remarkably predictable when he’s behind in the count. He throws almost exclusively fastballs, pitches opponents are jumping on. Courtesy of Brooks Baseball:

When hitters are ahead, Castro throws almost exclusively fastballs allowing hitters to sit dead red, without fear of the slider. It looks something like…

When he’s ahead, he’s much more balanced and therefore less predictable, forcing hitters to respect both offerings. That also means he’s throwing his slider, his best pitch more frequently. Here’s the only example I could find, and it’s not nearly as good as some of his best sliders. But it does the job.

It’s worth repeating that Castro has had control issues before, potentially a reason he’s so reluctant to use the slider. It’s a pitch notoriously difficult to throw for strikes. Yet he’s been solid all year throwing it in the zone and if he’s got hitters chasing, he doesn’t necessarily need to throw it for strikes. He just needs to get swings. He doesn’t appear to trust that right now, but while the A’s continue to test him at the big league level this year, they should increase his slider usage. It’s an almost no lose proposition, as the counts in which he’s not throwing it aren’t going his way.

This is all theoretical of course. There’s a lot more than goes into pitching than just changing selection, an doing so can have unforeseen effects. And if Castro continues to sport an All Star level ERA that he’s shown in a small sample, there’s no need to tamper with success.

If he does start to struggle, the lever to pull is increasing that slider usage. Throwing his best pitch more frequently is the obvious move should he nee to make a change. No matter what, Castro is a player to watch in that miserable pen.