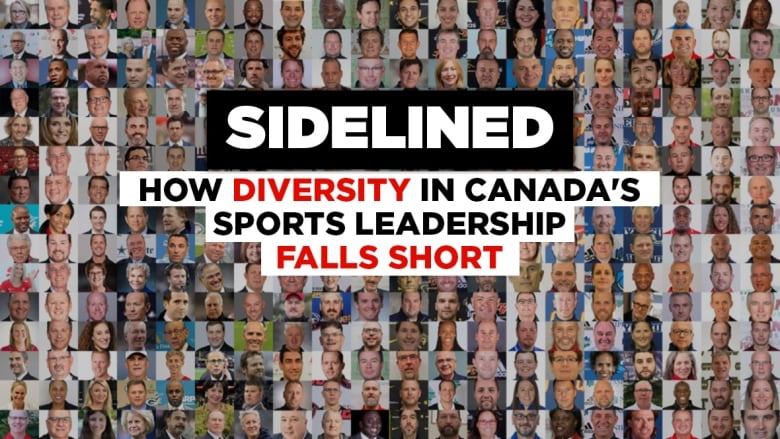 During his eight years as men’s basketball coach at Red Deer College in Alberta from 2011-19, Clayton Pottinger compiled a record that would be enviable at any level.

His teams had an overall win-loss record of 137-41, with two Alberta Colleges Athletic Conference championships and silver at the 2014 national championships, the same year he was named Canadian Collegiate Athletic Association coach of the year.

Winning wasn’t new to Pottinger. In the early 1990s, he captained the Alberta Golden Bears men’s team that won the school’s first U Sports championship.

He thought he had ticked all of the boxes needed to move to the next level and earn a head coaching job with a university.

But over all that time, it never happened.

“It got to a point where I just didn’t think it was going to happen. I couldn’t quite put my finger on why that was,” Pottinger said.

He can’t say for sure it’s because he’s Black, but he doesn’t discount it as a factor, he said.

“I had the master’s degree in coaching. I had the coaching levels I have. I developed the track record of winning and success. And still sometimes I wouldn’t even get an interview,” said the 49-year-old.

Pottinger’s abilities were finally recognized last year when the University of British Columbia Okanagan hired him as head coach of its men’s team, making him one of just a handful of Black head coaches at the Canadian university level.

The lack of diversity in key leadership positions in Canadian university sport is an extension of the wider Canadian and global sports landscape.

A visual audit done by CBC Sports examined hundreds of key positions at all 56 Canadian universities that compete under the U Sports umbrella, including each school’s athletic director and head coaches of football, men’s and women’s basketball, hockey, soccer and track.

WATCH | Road to U Sports wasn’t easy for Clayton Pottinger:

CBC Sports’ Jamie Strashin spoke with UBC Okanagan head coach Clayton Pottinger, and why it seemingly took so long to break into the U Sports coaching ranks. 1:13

Of the nearly 400 positions examined, only about 10 per cent were held by Black, Indigenous or persons of colour (BIPOC). Only one school in U Sports has a non-white athletic director, the top leadership position in athletics at Canadian universities.

According to the 2016 Canadian census, nearly one-quarter of citizens identified as BIPOC.

“There’s always this idea that Canada is better than the U.S. today. And maybe in some regards it is, but that’s kind of setting the bar a little bit low,” Pottinger said.

The CBC spoke to a number of Black head coaches across a variety of sports and leagues about their struggles to reach the highest level of their chosen profession.

Novel Thomas has been the head coach of women’s basketball at Brandon University since 2012.

Even while ascending Canada’s basketball and academic ladder, each step had to be carefully navigated, he said.

He then went on to play professionally in both North America and Europe, and after a stint working for the Electronic Arts (EA Sports) video game company, landed the job at Brandon University.

Despite achieving success at nearly every stop, Thomas said he feels he’s always been held to a higher standard behind the bench because of the colour of his skin.

He points to the advice he once gave a Black player he coached.

“You’ve got to be twice as good as someone that isn’t of colour in order to stand out,” Thomas said he told the young player. “My parents told me that exact same thing and I’ve told my kids the exact same thing.”

Thomas says it can be an “exhausting” way to live.

“I hear my mom’s voice saying, ‘You have to be twice as good and work twice as hard.’ And that’s the norm,” Thomas said. “That paranoia that was ingrained in me helped me get to this level. Those messages from my parents have driven me to be great.”

He was a star quarterback in the CFL and spent more than a decade as an assistant coach before getting the job in Montreal in 2019.

For example, he said, when a team fires a Black coach, they rarely, if ever, hire another one.

“I remember going for a job that a Black coach had gotten fired from. I remember thinking, ‘You know what, it’s going to be hard to get this job,’ because in their minds they just went with a Black coach, so we can’t go with another one. That doesn’t happen in the same way with other coaches,” Jones said.

Canadian universities and national sports groups say they have to do more to diversify their coaching staff and leadership, after CBC Sports carried out a visual audit and found the vast majority of those positions are held by people who are white. 2:10

Coaches who spoke with CBC Sports said even once they reach the highest level, the issue of race often lingers in the background.

“They can feel that there are people who look at them as being hired because they’re a person of colour or promoted because they’re a person of colour,” said Richard Lapchick, founder and director of The Institute for Diversity and Ethics in Sport (TIDES) based at the University of Central Florida. The organization was the first to begin compiling racial breakdowns of hiring practices in sports in the U.S.

“The issue of race is ever-present for them, which white staff members don’t even have to think about.”

Paul Jerrard has always tried to let his work behind the bench do all of the talking.

Jerrard, who had a long professional career as a hockey player, including five games in the NHL, remains the only Black man to ever work behind the bench as an NHL coach. He served as an assistant coach with the Colorado Avalanche, Dallas Stars and Calgary Flames. He is now an assistant coach at the University of Nebraska Omaha.

“It’s just that everybody kind of is looking at you in a different light,” Jerrard said of the microaggressions he often encountered, including people sometimes mistaking him for lower-ranked staff. “But I’m just the guy that was part of a coaching staff that’s trying to do well and win.

“At times, people would make a bigger deal of it than I actually thought it was. People that hired me looked past what colour I was.”

Jerrard recognizes there are fewer opportunities for Black people to coach at hockey’s highest levels, primarily because the pool of former players is limited in a sport played predominantly by white athletes. But he and others say it’s possible for the next generation of Black coaches and leaders to have an easier time achieving their dreams.

“It’s great to see more players of colour getting the opportunity [to coach],” Jerrard said of hockey. “I think as we grow the game’s diversity level, [and] you get more people of colour playing the game, I think you’ll get good candidates to fill coaching and managerial positions in the game.”

Thomas says he thinks a more concerted push is needed in order to create a playing field that is truly equal. He says changing current hiring practices and increasing opportunities require more than just talk.

“Unfortunately, we’re at a point where we accept it as being the norm,” he said. “We’re having this conversation now, which is great, and hopefully we can start to provide opportunities for people of colour to pursue sport and coaching and administration positions.”

He points to the efforts to promote and elevate more women into key positions in university sport.

“There are [financial] grants that encourage females to get into coaching and administration in sport. There must be something similar for people of colour. That would be a start,” he said.

“And not to take away from the women’s movement in coaching, but to me, they’re very, very similar. Sparking that interest and showing there is a place for people of colour in coaching.”

Pottinger says developing and actually hiring more Black coaches will have a profound effect on everyone involved in university sport, especially Black athletes.

“I think for a lot of Black athletes in basketball in Canada at university, your coach, your coaching staff are just older white people,” he said. “You’re one of the few minorities, and certainly not with a minority or a person of colour in any sort of leadership position.

“I think you just kind of figure out ways to navigate those situations as a person of colour. Much like we do every day out on the streets.”