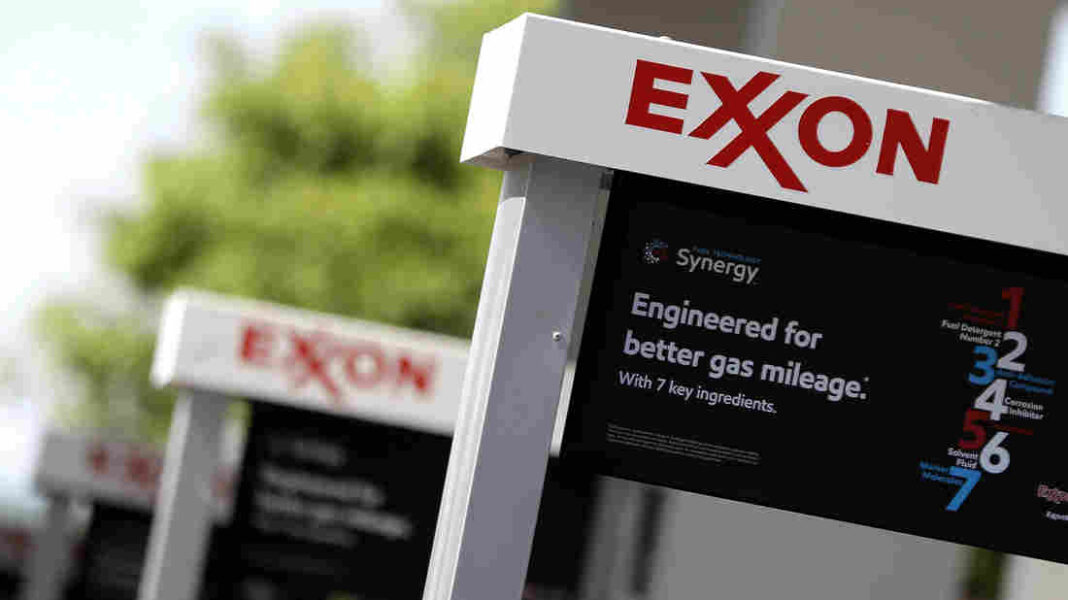 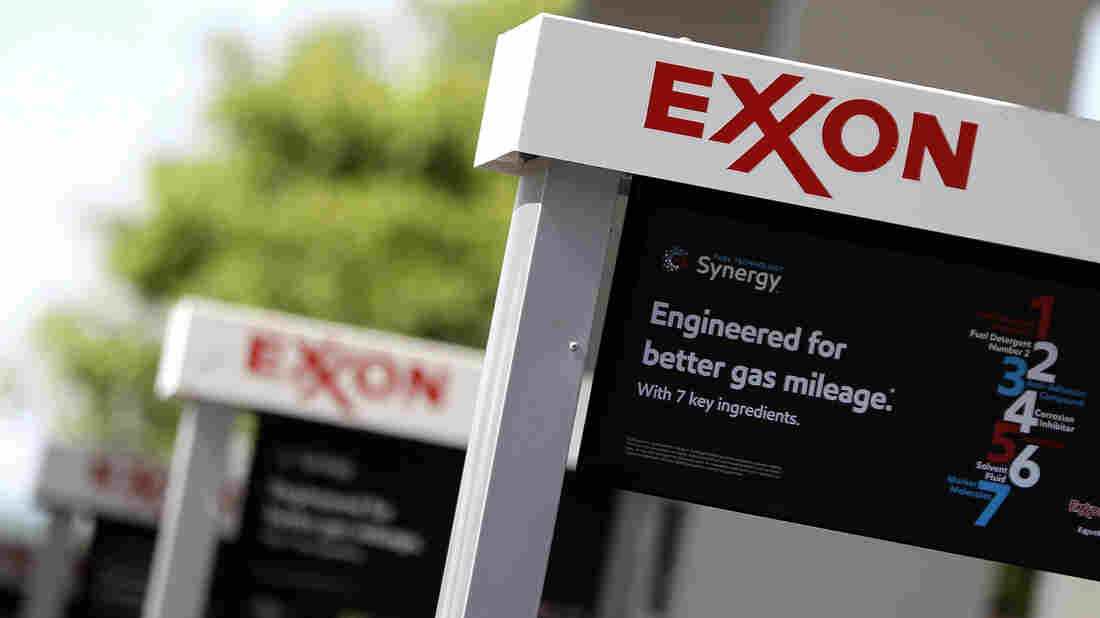 Exxon service station signs are displayed in Nashville, Tenn., in April. The company’s shareholders are asking it to consider how efforts to fight climate change will affect its bottom line. Mark Humphrey/AP hide caption

Exxon service station signs are displayed in Nashville, Tenn., in April. The company’s shareholders are asking it to consider how efforts to fight climate change will affect its bottom line.

Shareholders in Exxon Mobil have asked the energy giant to publicly disclose how the fight against climate change could affect the company’s bottom line.

It’s a victory for environmental activists, who have been urging the oil company to consider the economic impact the Paris accord would have if it were fully implemented. The global agreement calls for more investment in renewable energy and for deep cuts in the greenhouse gas emissions that result from burning fossil fuels.

The nonbinding proposal passed at the company’s general meeting in Dallas on Wednesday. It was supported by more than 62 percent of shareholders who voted — a big leap from last year, when there was 38 percent support for a similar initiative, Reuters reports.

As the Dallas Morning News reports, a vote that resounding indicates that major Wall Street investors are following the lead of environmental activists on this issue.

The yearly reports “would include details on how the company would survive in the event that carbon-reducing policies lead to lower oil demand,” Travis Bubenik of Houston Public Media reports. “Exxon Mobil supports the Paris deal — but opposed the shareholder effort, saying the company is tackling climate change in other ways.”

So: How exactly is it an victory for environmentalists if Exxon Mobil is tallying up the economic impact of the Paris accord?

“The goal is to make Exxon plan for a world where fossil fuels like oil and natural gas may be replaced by renewable energy from sunlight and wind.

” ‘The real objective is to get the company to stop thinking about climate risk as a reputational risk or peripheral risk and to understand that it’s actually a material risk to their core business,’ said Shanna Cleveland, carbon asset risk director at CERES, a nonprofit focused on sustainability. …

“[She] said some companies they’ve approached — including Exxon — have said they don’t believe the world is going to achieve the Paris Agreement goal to limit global average temperature rise to ‘well below’ 2 degrees Celsius. But she said the planning and self reflection required by the proposal would help the company prepare for the eventual decline in fossil fuel demand.”

The vote comes as President Trump is expected to announce his decision whether to withdraw from the Paris climate agreement.

I will be announcing my decision on the Paris Accord over the next few days. MAKE AMERICA GREAT AGAIN!

The Washington Post, citing an anonymous source, suggested that major financial firm BlackRock, and possibly Vanguard and State Street, supported the initiative, which was opposed by Exxon management.

Within the last two years, evidence has emerged showing that Exxon was aware of the threat posed by climate change, directly caused by the use of fossil fuels, for decades before the company publicly acknowledged that fact.