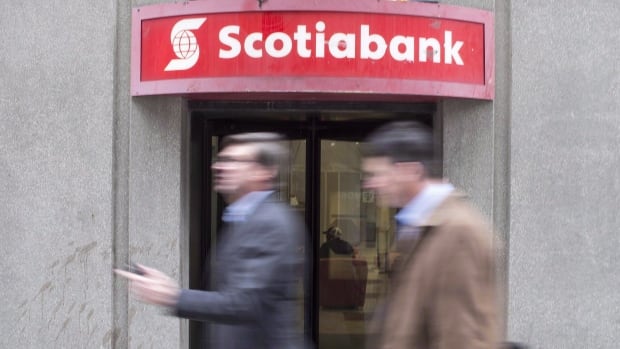 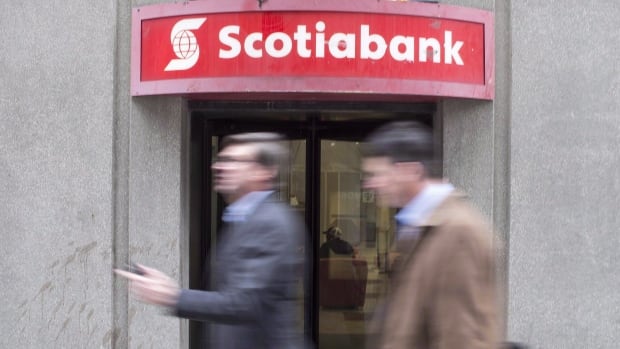 Scotiabank posted a profit Tuesday morning of $1.32 billion in the three months up to the end of April, a fall of more than 40 per cent from last year’s level as the bank set aside twice as much money for bad loans.

The bank’s provisions for credit losses totalled nearly $1.85 billion for the quarter. That’s up 111 per cent from the $873 million worth of bad loans the bank revealed in the same three months last year, well before the COVID-19 pandemic crushed the economy.

Higher loan loss provisions don’t necessarily mean that all of those loans will end up defaulting. Rather, it just means that they aren’t being actively being paid back as planned.

The bank revealed on Tuesday that 300,000 of its Canadian customers have applied for some sort of financial relief on the $60 billion they collectively owe to the bank. That would include mortgagees who asked for interest rate deferrals.

Scotiabank has a huge presence in Latin America, and the bank says it has processed two million applications for loan relief from its international customers.

Not all of those loans will necessarily end up defaulting, but some may. So the uptick in loan loss provisions is troubling.

Scotia is the first of Canada’s big banks to reveal its financial performance through the current pandemic, numbers which will be closely scrutinized as they are considered to be a bellwether for the broader economy. That’s because pain at other businesses tends to show up on the books of the banks that lend to them.

Canada’s other big banks — Royal, Toronto-Dominion, Canadian Imperial Bank of Commerce and Bank of Montreal — will report earnings in the next few days.

On an adjusted basis, Scotiabank’s profit for the quarter came in at $1.04 per diluted share. That’s well down from $1.70 per diluted share a year ago, but ahead of the 98 cents that analysts who cover the bank were expecting.

Not all bad news

But not all parts of the bank’s business saw tough times. The bank still posted a profit of more than $1 billion and some divisions did even better than usual.

Scotia’s global wealth management business posted a profit of $314 million, an increase of four per cent over last year’s level. That uptick came about with investors around the world becoming much more active than usual as global stock markets plummeted.

“This quarter saw record results for both new client account openings and trading volumes in Scotia iTRADE,” the bank said.

Similarly, the global banking and markets business posted a profit of $523 million, up 25 per cent from a year earlier.

Investors were certainly focused on the positives on Tuesday, bidding the price of Scotiabank shares up more than five per cent to $54.69 on the TSX.

Share
Facebook
Twitter
WhatsApp
Pinterest
Linkedin
ReddIt
Email
Print
Tumblr
Telegram
Mix
VK
Digg
LINE
Viber
Naver
Previous articleHere’s what needs to happen before we can all get vaccinated for COVID-19
Next articleFrom hanging out in parks to getting groceries, how can you navigate day-to-day risks of COVID-19?