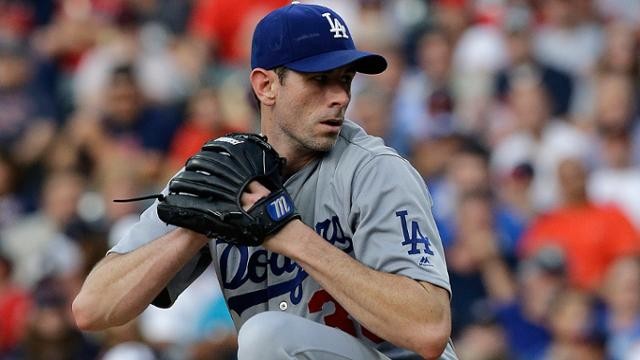 Rafael’s remarks: Chavez, 27, of Mexico, is the fighting son of Hall of Famer Julio Cesar Chavez Sr. and the younger brother of former middleweight titlist Julio Cesar Chavez Jr. Although Omar Chavez has not come close to matching even his brother’s accomplishments in the ring, he entered this fight having won four bouts in a row, including the most significant win of his career, a second-round knockout of Ramon Alvarez, Canelo Alvarez’s older brother, in their rematch on April 29. Garcia, 37, of Weslaco, Texas, is a far more experienced fighter, and he was good enough to earn his 13th win in a row since a 10-round decision loss to Antonio Margarito in 2010.

It was a competitive fight at times, but Chavez hurt his cause when he hit Garcia with repeated low blows in the second round and referee Frank Garza docked him one point. Chavez was simply too passive against the more aggressive Garcia, who also landed the heavier punches, including some good body shots. In the end, Chavez did not look nearly as good as he did in his big win over Alvarez, and what was supposed to be a friendly crowd cheering for Chavez wound up booing his lethargic and poor performance.

Rafael’s remarks: Calleros, 28, of Mexico, won his second fight in a row since losing a split decision to Tatsuya Fukuhara in an interim strawweight title bout on Feb. 26 in Japan. Calleros rolled to a near-shutout decision in a rematch with former strawweight world titleholder Rodriguez, 28, of Mexico. Rodriguez now holds a record of 1-5-1 in his last seven fights, including another eight-round decision loss, albeit a closer one, to Calleros in July 2016.

Rafael’s remarks: In 2014, Rodriguez, 24, of Mexico, outpointed Japan’s Katsunari Takayama in the fight of the year, a breathtaking slugfest to unify strawweight world titles. Rodriguez moved up in weight after that bout and went just 1-2-1 in his next four fights, but has since righted his ship. He won his sixth fight in a row, handing Joaquino, 25, his first defeat in his first bout outside of his home country of the Philippines. Joaquino was taking a big step up in the level of his opposition and could not hang with Rodriguez.

Rodriguez landed practically at will, including a left hook to the body that dropped Joaquino in the third round. Rodriguez continued to lay a beating on poor Joaquino, who displayed enormous grit, but could not compete. Finally, when Rodriguez landed another left hook to the body, Joaquino dropped to a knee again, and referee Celestino Castro counted him out at 2 minutes, 35 seconds.

Rafael’s remarks: Former unified featherweight world titleholder and Cuban Olympic gold medallist Gamboa, 35, was once one of boxing’s most dynamic fighters. But he hasn’t been that way in years. There’s been inactivity, a move up in weight and two knockout losses. He hasn’t looked good in a long time and was coming off a huge upset seventh-round knockout loss to Robinson Castellanos on May 5 on ESPN. Reyes, 22, of Mexico, was just the kind of hand-picked opponent that Gamboa was supposed to shine against, but he failed to do so in a very close majority decision win. Reyes, who lost his second fight in a row, was far more competitive than most would have thought going into the bout and Gamboa, whose other defeat came at the hands of Terence Crawford in a ninth-round knockout in a 2014 lightweight title fight, barely snuck by Reyes.

Also on the card, Alejandra Jimenez (9-0, 7 KOs), 29, of Mexico, made the first defense of her women’s heavyweight world title and knocked out Vanessa Lepage Joanisse (3-1, 1 KO), 22, of Canada, in the third round.

Rafael’s remarks: Headlining Golden Boy’s “LA Fight Club” card on Estrella TV, Huerta, 31, of Paramount, California, and Gonzalez, 22, of Mexico, put on a highly competitive fight until it was cut short due to an accidental head clash in the eighth round. Huerta got off to strong start before Gonzalez rallied to make it more physical in the second half. The head contact left Huerta and Gonzalez both with cuts, but Huerta’s cut over his right eye was deemed severe enough by the ringside doctor that referee Eddie Hernandez Sr. stopped the contest 32 seconds into the eighth round. Under California rules, the partial round had to be scored by the judges, and Huerta eked out the close majority decision.

Rafael’s remarks: Gonzalez, 21, of Buena Park, California, a prospect Golden Boy Promotions was quite high on, suffered a big upset loss on March 10, when unheralded Romero Duno surprisingly dropped him twice and knocked him out in the second round. Making his return on Golden Boy’s “LA Fight Club” card, Gonzalez rebounded against Perales, 25, of Mexico, who lost his fifth fight in a row and was not expected to provide much competition. Perhaps Gonzalez regained some confidence that may have been stripped away by his KO loss. Gonzalez, the nephew Alejandro Gonzalez, a mid-1990s featherweight world titleholder, hammered Perales, whom he eventually dropped with a series of blows in the third round. Perales went down to a knee, and referee Wayne Hedgpeth counted him out at 1 minute, 14 seconds.