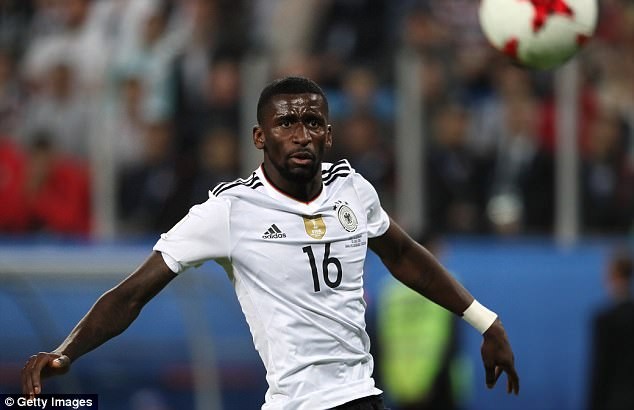 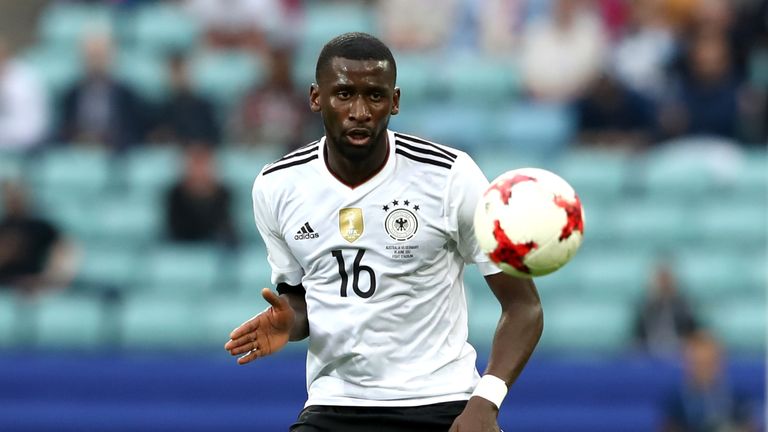 Chelsea have agreed a £34m deal to sign Roma defender Antonio Rudiger, but does his ‘heart beat’ for Arsenal’?

Rudiger was part of the Germany side that won the Confederations Cup in Russia and he is expected to take a medical in Los Angeles this week ahead of joining the Premier League champions.

With Nathan Ake having left to to join Bournemouth and John Terry now at Aston Villa, what will Rudiger bring to the Blues’ defence?

Born in Berlin, Rudiger was also eligible to represent Sierra Leone – where his mother was born – but has since gone on to represent Germany at every age level from Under-18s upwards.

Having spent his academy years at Borussia Dortmund, Rudiger’s rise through the national set-up coincided with a breakthrough into the Stuttgart second team in 2011, playing in the third tier of German football.

Just a year later, at the age of 18, Rudiger made his first-team debut against Borussia Monchengladbach, going on to make 80 appearances for the senior side across domestic and European competition. 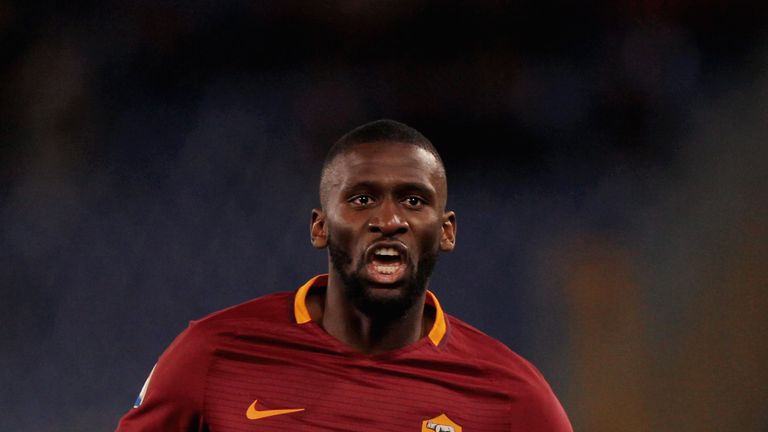 Rudiger joined Roma in 2015 from Stuttgart

In 2015, Serie A giants Roma came calling, shelling out €4m to take Rudiger on loan, before signing him on a permanent deal for €9m after one season.

At 6ft 3in, Rudiger relishes an aerial battle and is unlikely to be fazed by the physicality of the Premier League while his speed across the ground will also be a bonus.

Germany boss Joachim Low, who picked Rudiger as part of his Germany squad for Euro 2016 only for the defender to be ruled out through injury, has likened the Roma man to Bayern Munich’s Jerome Boateng.

Although a little clumsy on the ball, Rudiger’s athleticism has allowed him to fit in anywhere across the back.

Bournemouth have secured the services of Nathan Ake from Chelsea for a club record fee.

Where will he fit?

Rudiger plays primarily in central defence but is also comfortable at right-back.

The 24-year-old would provide a quality alternative option to Cesar Azpilicueta on the right side of Chelsea’s back three should the deal go through. 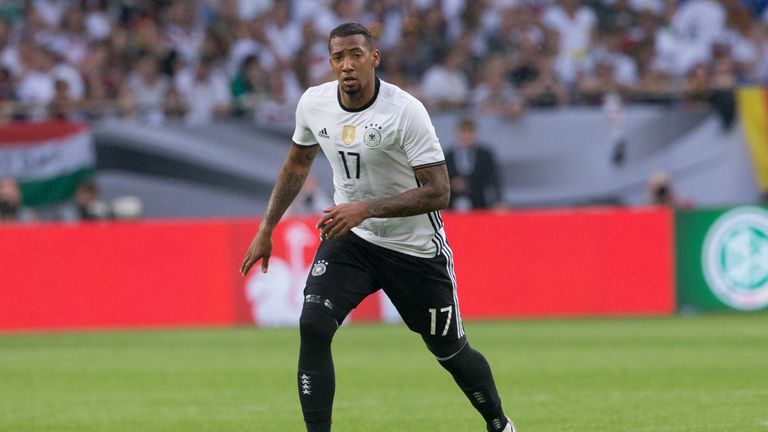 “It’s a compliment, but I am Antonio Rudiger.”

Rudiger on comparisons with Jerome Boateng

While many expected Ake to return to Chelsea as part of the post-Terry era, it appears Rudiger could now be the versatile defender Antonio Conte looks to in order to provide options in his favoured formation.

Rudiger was linked with a move to Arsenal in 2014, and fuelled speculation by admitting his “heart beats for Arsenal”, according to the Express.

“I have been following Arsenal since the days of Henry and Bergkamp,” he said. “I have always dreamed of the Premier League. I watch videos of Arsenal all the time on YouTube and I often wear the current Alexis Sanchez shirt.”

The defender also named Germany team-mate and Arsenal playmaker Mesut Ozil in his top five players of all time.