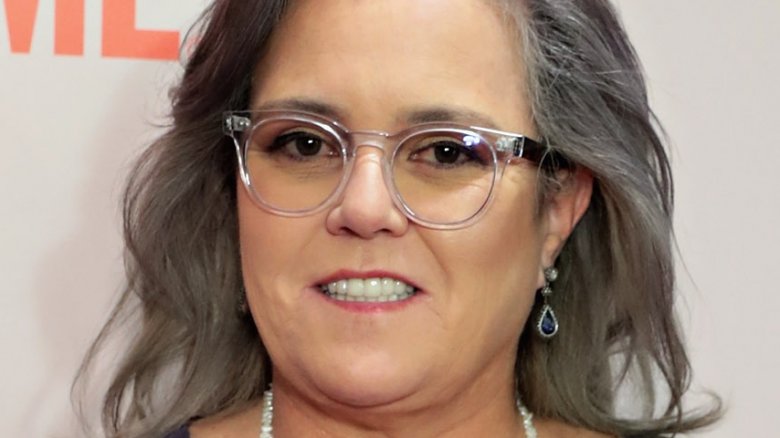 On Wednesday, Dec. 19, 2018, the SMILF star took to Twitter to announce that her daughter, Chelsea O’Donnell, has welcomed her first child with boyfriend Jacob Bourassa, a baby girl named Skylar Rose.

In a follow-up post, the A League of Their Own star also shared a pic of herself with little Skylar Rose, writing, “Nana & skylar #bigLOVE.”

As Nicki Swift previously reported, the notoriously estranged relationship between Rosie, 56, and Chelsea, 21, has unfortunately played out in the press in recent years. However, the mother-daughter duo thankfully reconciled this past summer amid Chelsea’s pregnancy. As a rep for the former View co-host simply told Entertainment Tonight in June 2018, “Rosie said, yes, she’s pregnant and they reconnected.”

Meanwhile, the multi-talent herself told People magazine in October that she and Chelsea, whom she adopted with ex-wife Kelli Carpenter-O’Donnell, were “on good, communicative terms now, and everybody is pulling for her.” She added, “[I] will definitely be participating in the whole celebrating event.”

In the months leading up to Chelsea’s exciting baby announcement, Rosie finally confirmed her engagement to officer and Army veteran Elizabeth Rooney this past October. While opening up about her 33-year-old fiancée to People magazine at the time, Rosie admitted that the 23-year age gap between them has led to some confusion among her fan base. “A lot of people say, ‘Oh my god, Chelsea looks so great.’ I’m like, ‘That’s not Chelsea.’ That’s my soon-to-be spouse,” she said, adding, “It’s a little tricky.”

Congratulations to the O’Donnell family on their newest little addition!