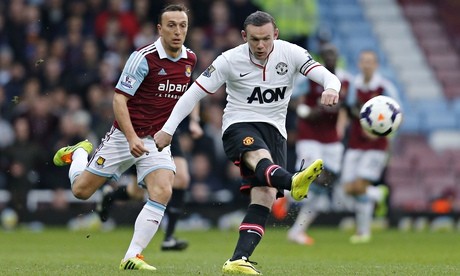 Wayne Rooney marked his Everton return with a stunning goal as they beat Gor Mahia 2-1 in their opening pre-season game on Thursday.

Making his first official appearance for the Toffees since leaving the club for Manchester United in 2004, Rooney opened the scoring in Tanzania with a long-range effort on 34 minutes.

It was a dream return for Rooney, who lasted 45 minutes before Ronald Koeman changed his entire XI at half-time, with debuts too for new signings Davy Klaassen and Michael Keane.

Everton created little in a sloppy first half but went ahead thanks to a moment of magic by Rooney ten minutes before half-time.

The former England captain, re-signed from United earlier this week, rolled back the years with a super strike from 30 yards that left goalkeeper Boniface Oluoch grasping at thin air.

But poor marking by Everton from a Gor Mahia corner led to an immediate reply as Tuyisenge nodded in at the near post. Koeman swapped his team at the break and the difference was noticeable as the Dutchman’s side upped the tempo.

They should have gone ahead when Dominic Calvert-Lewin had a goal incorrectly ruled out after Keane was adjudged offside in the build-up.

That injustice sparked Everton’s best spell of the game as Oluoch twice denied the excellent Idrissa Gueye and also kept out a low shot from Calvert-Lewin.

Desperate Gor Mahia defending saw a Gueye effort cleared off the line before Dowell rattled the woodwork with a fierce drive from a training ground set-piece.

But the Toffees youngster, who helped England U20s to World Cup glory in South Korea, was not to be denied, smashing home a late winner. Man of the match – Idrissa Gueye

The midfielder, introduced at half-time, was a key reason why Everton stepped on the gas after the break.

His tenacious play disrupted Gor Mahia and often placed the Toffees on the front foot, and the Senegal international was unfortunate not to find the scoresheet.

Compared to the performance of fellow defensive midfielder Morgan Schneiderlin, who played the first 45 minutes, Gueye has the early edge.

Everton return to Europe to face Eredivisie side FC Twente in the Netherlands on Wednesday before facing Belgian club Genk a week Saturday.