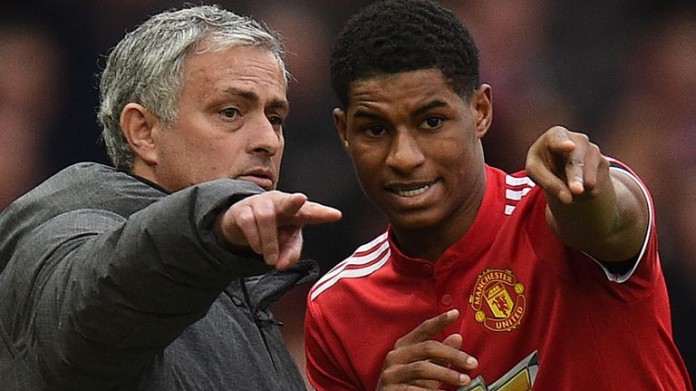 Ronald de Boer has backed his brother Frank in the row with Manchester United manager Jose Mourinho over playing time for Marcus Rashford.

De Boer says his brother has plenty of respect for Mourinho and was simply making a point about Rashford’s likely role were he at a less high profile club.

After Rashford scored twice for Manchester United in their 2-1 defeat of Liverpool on Saturday, Frank de Boer said it was a “pity” the young England forward played under Mourinho.

An unimpressed Mourinho hit back, describing de Boer, who had a short-lived and unsuccessful stint at Crystal Palace this season, as “the worst manager in the history of the Premier League”.

Frank de Boer is now keen to let the matter die down.

“Not right or wrong, simply different, and you have to respect that.

“Mourinho has bought (Alexis) Sanchez in January and of course it’s the truth that it’s not good for Rashford’s development and he will play less now for Man United.

“Rashford is without doubt one of the biggest talents in the Premier League and could play a big part in Russia (at the World Cup) this summer.

“Frank respects Jose a lot and was simply pointing out that, if Rashford was playing for Ajax and had one or two bad games, he would still start the third game.

“However, he’s at Man United and after two bad games things are different and he’d be on the bench.”