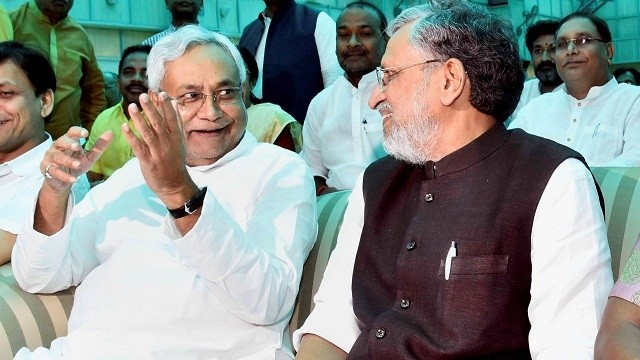 RJD legislators staged protests outside the Bihar assembly on Friday ahead of the floor test of the Nitish Kumar government and described him as the “Chief Minister of the Sangh”. Nitish Kumar along with the BJP formed the new government on Thursday after dumping the RJD-Congress’ Grand Alliance on Wednesday.

“He cheated and betrayed the people of the state who gave him a massive mandate. He played dirty politics. He just looked for an excuse to defame us and join the NDA,” Tejashwi Yadav said before entering the House. “Everyone can see how he switched sides. Earlier he used to speak of Sangh-mukt Bharat and now he is the Chief Minister of the Sangh. He has changed his stand from ‘Hey Ram’ to ‘Jai Shri Ram’,” he said.

He also told reporters that he would raise the issue inside the House. He accused the BJP of corruption charges. Some RJD legislators shouted slogans like “Nitish Kumar hai hai”, “Nitish Kumar dhokhebaaz (unreliable).

According to party leaders, RJD planned to stage a protest inside the state assembly and will walk out before Nitish Kumar proved his majority on the floor of the house.