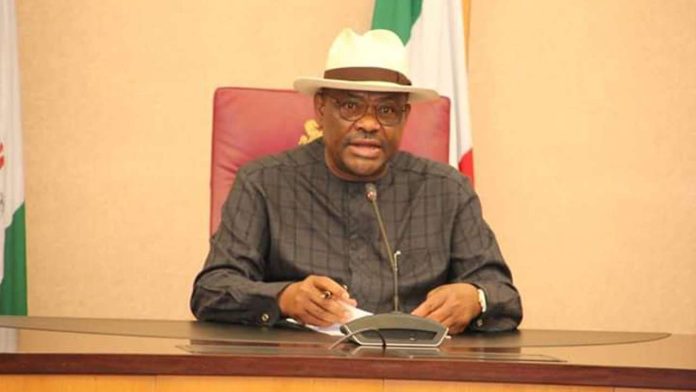 Wike made the claim on Thursday shortly after signing the contract for the construction of the eleventh and twelfth flyover bridges and the dualization of Azikiwe Street-Iloabuchi Road in Port Harcourt between the state government and Julius Berger Nigeria PLC at Government House, Port Harcourt.

Also read: The 8 Types of Insurance Policies You Need

He said that Amaechi and Cole would face trial even if the pair brought 500 Senior Advocates of Nigeria (SANs).

“They can run helter-skelter to stop their arraignment, but they must be arraigned and tried. What Rivers people will hear, Rivers people will be shocked to know what the former governor of the state and Minister did in this state with his partner, Tonye Cole,” Wike said.

“If they (Ameachi and Cole) like, let them bring 500 Senior Advocates of Nigeria, they’ll face the trial. So, that Nigerians will hear, Rivers people will see how this state was looted.

“Anybody can be governor but not those we’ve identified that have looted the State treasure. If we can do twelve flyovers from 2019 to now with the little amount of money we’re getting, imagine what the previous administration would’ve done.

Also read: Time has come for World Athletics to budge from its outmoded policy on false starts

“The previous administration that had a lot of money, if they had done them, we would’ve concentrated on other things. But we’re still working within the city to change its landscape.”