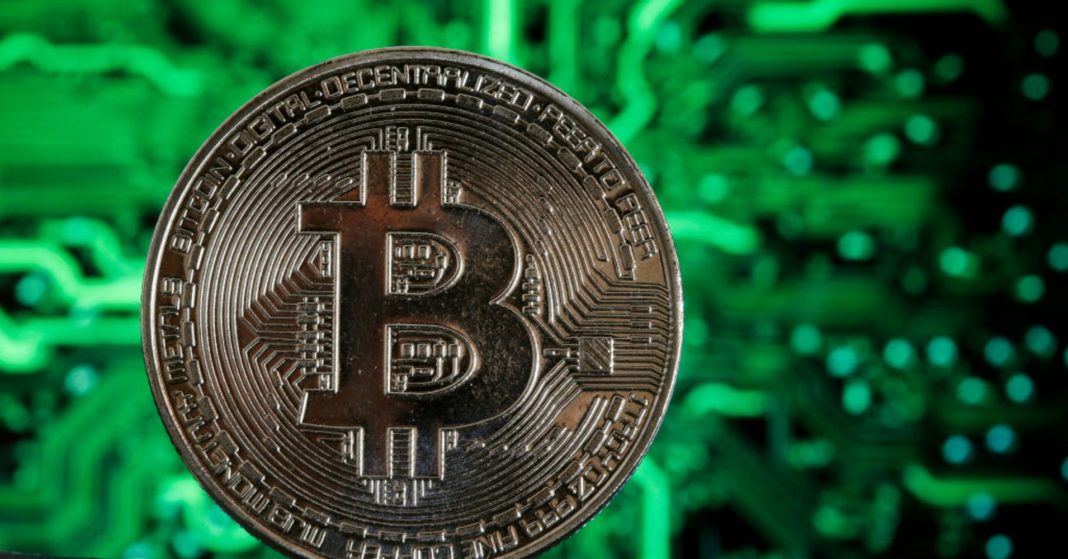 Riot Blockchain, the cryptocurrency company whose stock skyrocketed after changing its name, revealed that the Securities and Exchange Commission subpoena and investigation are “still ongoing,” according to its most recent quarterly filing.

The company had previously disclosed that the subpoena received on April 9 was “pursuant to a formal order of investigation,” according to its May quarterly filing.

Last month, Riot announced in a press release that the SEC had terminated its Section 8(e) examination of certain registration statements. According to an SEC press release unrelated to Riot Blockchain, this type of examination could have led to an order blocking share sales, but it did not in this case. Riot withdrew one registration statement and its amended version in question and terminated the other, according to the latest quarterly filing. Riot said it is “fully cooperating” with the SEC, according to the latest filing.

“We continue to work with the SEC and other regulators among all our business lines to make sure we are operating within the frame they would like us to work,” said Chris Ensey, Riot Blockchain’s interim CEO, in a phone interview. “We don’t have any additional comments on that at this time.”

Riot has continued to engage in conversations with SEC staff after receiving several comments letters which the company previously disclosed. “The comments raise matters related to, among other things, the unsettled nature of accounting treatment for the Company’s cryptocurrency mining and the fair value method selected by the Company,” according to the latest quarterly filing.

“Recent disclosure shows that a cloud still hangs over this company so long as the SEC investigation continues,” said Jake Zamansky, of the securities law firm Zamansky LLC, in a phone interview. “The fact that the division of enforcement remains involved and a registration statement was withdrawn are ominous events for Riot Blockchain.”

The SEC is really worried about companies trying to adopt new ways to represent themselves to create a better picture for investors, according to Peter Henning, a professor of law at Wayne State University in Detroit. Henning was a senior attorney in the division of enforcement at the SEC.

Riot released its third-quarter earnings on Monday, after filing on Nov. 14 that they would be delayed.

In the third quarter, Riot had a positive growth margin even with the decline in the price of bitcoin, according to Ensey.

The company produced 319 bitcoins and 1,182 litecoins in the latest quarter, according to its press release. In the previous quarter, the first time all of the company’s cryptocurrency mining machines were set up, Riot produced 348 bitcoins and 318 litecoins.

“We are pleased with the results of the [mining] team,” Ensey said in the phone interview.

According to Monday’s press release, part of the loss was from legal fees. In addition to the SEC matters, the company is also facing various lawsuits. On Nov. 6, U.S. District Court in Trenton, New Jersey, ordered a lead plaintiff and lead counsel for a class action against Riot.

“We look at it as we’re always looking at efforts to improve our operations and overhead cost,” Ensey said in the interview. “We continue to receive and evaluate various opportunities including those related to additional capital.”

Over the past nine months, Riot spent $20.3 million on purchasing property and equipment and used nearly $16 million for operating activities, according to its latest quarterly filing.

This was the first quarterly filing since CEO John O’Rourke resigned in the wake of unrelated allegation by the SEC against him for what an SEC press release called “lucrative market manipulation schemes.” He was succeeded by Ensey as interim CEO. Ensey told CNBC that coming in as the new CEO has been extremely exciting and positive, and that Riot’s opportunity is significant.

A CNBC investigation in February found a number of red flags in the company’s SEC filings that might make investors leery. The investigation revealed annual meetings that were postponed at the last minute, sales of stock by company insiders soon after the company’s name change, dilutive share issuances on favorable terms to large investors, confusing SEC filings and evidence that a major shareholder was selling shares while everyone else was buying.

“We have made significant inroads in building a diversified portfolio of investments and to begin securing digital assets,” O’Rourke said in a letter to shareholders the day the CNBC investigation aired.

As bitcoin hit record highs in late December 2017, Riot was making news on a daily basis. The company’s stock shot from $8 a share to more than $40 as investors chased the craze of all things crypto.

But Riot had not been in the cryptobusiness for long. Until October of last year, its name was Bioptix, and it was a biotech known for having a veterinary products patent and developing new ways to test for disease.

Riot warned it “may never become profitable,” in its latest annual report, filed in April.