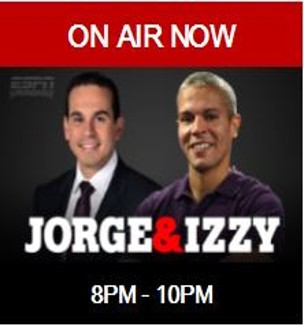 When the ring announcer declared Andre Ward a split decision winner over Sergey Kovalev, Ward looked like a condemned man who had just learned the firing squad had run out of bullets.

The crowd groaned, Kovalev frowned and Ward allowed himself a fleeting smile.

Then the winner quickly slipped back into his tightly controlled public persona, just in time to rise above the wave of hysteria threatening to engulf him.

It was a painfully close fight, scored 114-113 by all three judges. Such uniform concurrence is a rarity but it failed to impress the pro-Kovalev and anti-Ward factions (not necessarily the same people). They were convinced “The Krusher” had been cheated, deprived of victory by some sort of skulduggery or incompetence.

Rather than subside with time and contemplation, the bitterness appears to have increased since then. To a large extent, it’s the best marketing tool that Saturday’s rematch has going for it.

The strange part is that the verdict wasn’t a robbery. The scores reflected the competitive nature of the fight, not the deeds of crooked or inept judges.

On fight night I scored it 115-113 for Kovalev. When I watched the fight a second time in preparation for this column, I scored it the same way again.

I have no argument with those who thought Ward won. When scoring an exceedingly close fight, there are bound to be rounds where subjectivity plays an even larger role than usual.

The most dramatic moment of the fight was the second-round knockdown. The right hand that spilled Ward wasn’t flashy, just short and on-target. It was thrown in an almost perfunctory manner, but make no mistake about it, Ward was truly buzzed.

The hefty jab that staggered Ward in the first round became Kovalev’s most effective weapon, and after six rounds, during which Kovalev employed the punch to substantial effect, he was comfortably ahead.

The only round I gave Ward up to the midway point was the fifth, the all-important round in which he figured out a way forward that just might turn things around.

It started with a shotgun jab. Ward crouched, bent at the knees and then sprung up and forward, driving his left directly into Kovalev’s face. Later in the round, Ward launched what would become a committed body attack.

It probably didn’t look like much from the balcony, but Ward’s well-leveraged punches to Kovalev’s midsection changed the complexion of the fight. By the 10th round, you could see fatigue in Kovalev’s body language and weariness in his eyes.

Sergey Kovalev hopes to avenge the only loss of his career when he meets Andre Ward on June 17. Graham Hughes/The Canadian Press via AP

I gave Ward the 11th and Kovalev the 12th, but it could easily have been the other way around. It was that sort of fight. Any close decision would have been fine with me. Others couldn’t get past their anger and disappointment.

Ostensibly, the indignation stems from the belief that Kovalev had been robbed. But discontent goes deeper than that. Ward has become somewhat of a social media target — an attitude seemingly based more on his personality than any deficiencies inside the ring.

It would be silly to pretend there weren’t a sizable number of fans that consider Ward an aloof, condescending whiner. That probably says more about the haters than it does Ward, but it helps explain why so many are gleefully looking forward to Kovalev knocking Ward senseless.

I’m not sure if Kovalev, who specializes in crude humor and exaggerated facial expressions, is popular simply because he is the antithesis of Ward or because he has the punching power to back up his cartoonish braggadocio.

Despite extravagant claims to the contrary, the first Ward-Kovalev bout wasn’t particularly enthralling. Its attraction derived from the fact that it pitted two fighters widely considered the finest light heavyweights in the world. Some would argue that distinction belongs to lineal champion Adonis Stevenson, but that’s a topic for another time.

There was far more tension than excitement when Kovalev and Ward fought on Nov. 19, 2016 at T-Mobile Arena in Las Vegas. Had it not been for the prominence of the combatants, the fight would have come and gone with little more than a shrug to mark its passing.

But it was a contest between two fighters who reside in ESPN’s pound-for-pound rankings, a long-anticipated showdown that actually meant something. Hard-core fans were gnawing their knuckles in anticipation.

As it turned out, the only memorable thing about the first Ward-Kovalev fight is the unwarranted ruckus over the decision.

It’s worth noting that last time it was Ward who made a midfight adjustment that kept him in the fight. On Saturday a lot might depend on Kovalev’s ability to do likewise.

Among the intangibles is the sense that Kovalev enjoys fighting more than Ward. That “The Krusher” needs it in his life. Ward? Not so much. But once he’s in the ring, his extraordinary boxing IQ, pride and competitive instinct take over.

We are unlikely to see anything startlingly different this time. It’s too late for Ward (31-0, 15 KOs) and Kovalev (30-1-1, 26 KOs) to reinvent themselves. Obviously, Ward has to get started sooner, while Kovalev needs to finish stronger.

Beyond that, let’s hope there’s less clinching and more punching this time. That way, with a little bit of luck, there might not be a decision to argue about.