Wowplus
Home World News What If Willy Wonka Was Your Dad? Roald Dahl’s Magical Parenting With... 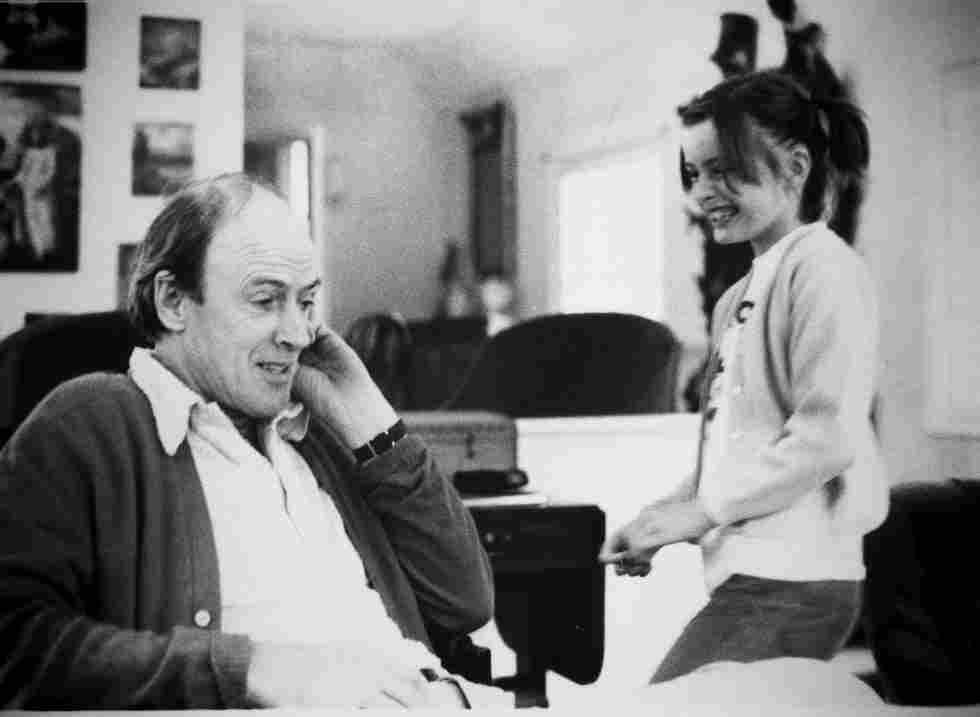 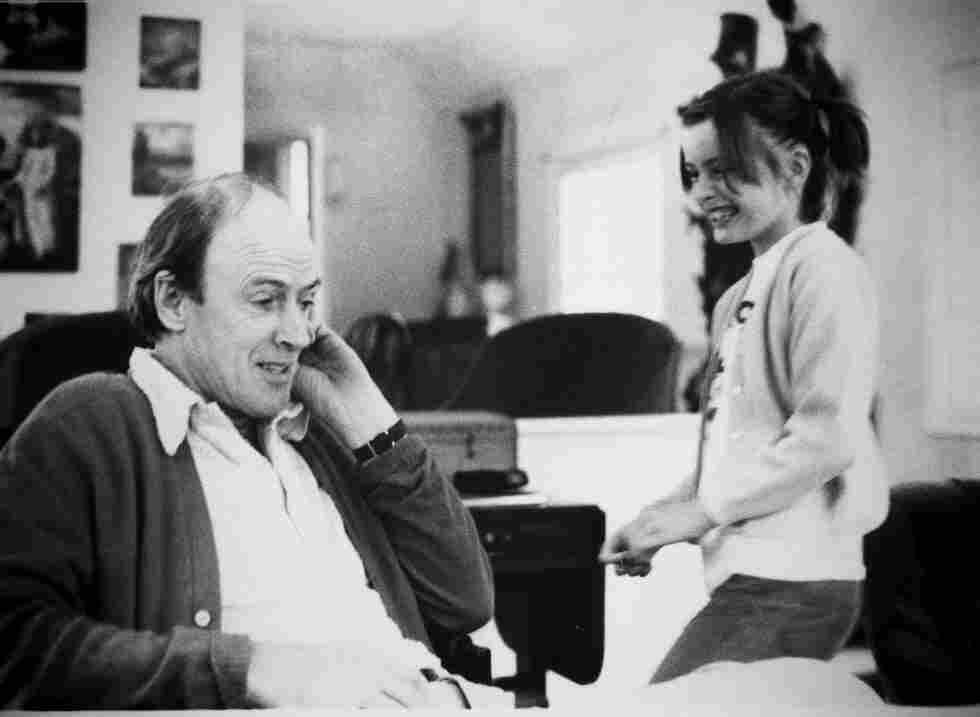 Children’s book author Roald Dahl and his daughter Lucy. “Food was a huge part of our upbringing,” Lucy Dahl says. Her father delighted his children with fanciful “midnight feasts” in the woods and often used mealtime to test out new characters from stories he was working on. Courtesy of Michael Faircloth hide caption

Children’s book author Roald Dahl and his daughter Lucy. “Food was a huge part of our upbringing,” Lucy Dahl says. Her father delighted his children with fanciful “midnight feasts” in the woods and often used mealtime to test out new characters from stories he was working on.

These, of course, are the creations of Willy Wonka, who himself is the creation of author Roald Dahl.

Food is a huge part of Dahl’s work, not only in Charlie and the Chocolate Factory but also in Matilda, James and the Giant Peach, The BFG, Fantastic Mr. Fox, and more. And as it turns out, Dahl’s creative and sometimes twisted approach to food wasn’t contained to his books.

In this week’s episode of The Sporkful podcast, ahead of Father’s Day, Lucy Dahl shares stories of the witch’s potions that accompanied bedtime, the cabbage her father said came straight from the Queen’s garden, and being woken up in the middle of the night to eat chocolate.

“Everything about our childhood was eccentric,” she says, “although we didn’t realize it at the time because it was just normal to us.”

Lucy Dahl is 51 now, but she still bursts with childlike glee when she recalls her father’s “midnight feasts.”

He’d wake the kids up in the middle of the night and pile them into the car – which was full of hot chocolate and cookies – and drive them up the road in the English countryside where they lived.

Then they’d walk in to the woods in their pajamas to look for badgers.

“You couldn’t talk, and he’d say, ‘Nobody move! And if you’ve got an itch, blow on it. Try and hold your breath, try not to breathe!’ ” Lucy recalls. “And sure enough, Mr. Badger would come prowling out and walk right past us. It was incredibly exciting.” 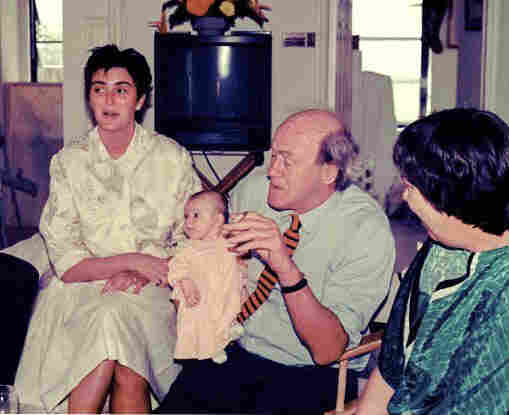 Only once they had seen an animal could they tuck in to their sweet feast.

Roald Dahl kept his kids entertained during normal eating hours, too. He often used mealtime to test out new characters from stories he was working on.

“The Minpins lived in the woods beyond our house,” Lucy remembers, referring to one of her father’s last books, about a tiny people who live inside trees. “The BFG – the Big Friendly Giant – lived underneath our orchard. It all coincided with what we ate. For breakfast were Minpins’ eggs and fried bread. But what they actually were were quail eggs.”

Just as Roald Dahl used stories to bring food to life at home, he used food to bring characters to life in his books. Willy Wonka’s fizzy lifting drinks aren’t just a fun idea – they also tell us something about who he is. In Fantastic Mr. Fox, the three mean farmers who are out to get Mr. Fox are described only by their body shapes and their diets:

“Boggis was a chicken farmer. He kept thousands of chickens. He was enormously fat. This was because he ate three boiled chickens smothered with dumplings every day for breakfast, lunch and supper.

Bunce was a duck-and-goose farmer. He kept thousands of ducks and geese. He was a kind of pot-bellied dwarf. He was so short, his chin would have been underwater in the shallow end of any swimming-pool in the world. His food was doughnuts and goose-livers. He mashed the livers into a disgusting paste and then stuffed the paste into the doughnuts. This diet gave him a tummy-ache and a beastly temper.

Bean was a turkey-and-apple farmer. He kept thousands of turkeys in an orchard full of apple trees. He never ate any food at all. Instead, he drank gallons of strong cider which he made from the apples in his orchard. He was as thin as a pencil and the cleverest of them all.”

This passage is one of my favorites, and I was curious to see whether Bunce’s diet of liver-filled doughnuts would have a similar effect on my temperament. So later, I met up with Andrew Rea, the man behind the YouTube show Binging With Babish. He re-creates foods from TV shows and movies.

Together we made a variation on Bunce’s doughnuts (using chicken liver instead of goose liver), as well as the gigantic chocolate cake from Roald Dahl’s Matilda. The latter was also captured in a video:

As you can hear in the podcast, things got a little weird. But would any tribute to Roald Dahl be complete if they didn’t?

So this Father’s Day, wake your kids up in the middle of the night, take them into the woods in their pajamas to look for badgers, load them full of chocolate, then put them back to bed.

Then let me know how it went, because I am definitely not doing that with my kids. It sounds fun and all, but Daddy needs his sleep.

Dan Pashman hosts the James Beard Award-nominated food podcast The Sporkful, which is available in Apple Podcasts, Stitcher or wherever you get your podcasts.