Rescue of Vale miners trapped underground in northern Ontario continues, with 35 of 39 now out 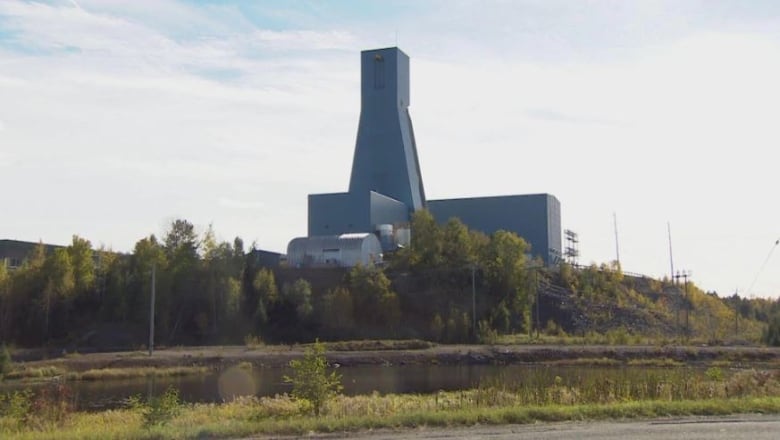 Thirty-five of the 39 miners trapped underground at a mine in northern Ontario have climbed to the surface, and the rest are expected to join them sometime Tuesday.

The workers have been stuck in Totten Mine in the Worthington area of Sudbury since Sunday afternoon, when an accident damaged the elevator — known as a cage — that normally carries them in and out of the mine.

The workers were stuck at levels of between about 914 and 1,219 metres underground. Toronto’s CN Tower, in comparison, is about 550 metres in height.

Mining company Vale announced on Monday night it was “relieved and delighted to see these individuals returning to surface safe and sound.”

Vale spokesperson Danica Pagnutti spoke to one of the miners.

“He was in good spirits and happy to have some pizza to take home and just looking forward to getting home to his family and relaxing, but generally in really good spirits,” she said.

“The miners are all healthy and eager to go home.”

‘Light at the end of the tunnel’

Shawn Rideout, who is co-ordinating the rescue effort for Ontario Mine Rescue (OMR), said there’s “light at the end of the tunnel” as he expects to have the remaining miners on the surface by 11 a.m. ET Tuesday.

The trapped miners are climbing up a series of ladders, some from as far down as 1,200 metres. They will be assisted by OMR officers, one for every miner, and met by medical staff when they reach the surface.

The miners who have already been brought to surface are in good spirits, Rideout said.

“Everybody’s doing fine here … the workers come up, they are obviously happy to see the sunshine. but it’s smiles all around and everything’s progressing very well.”

A spokesperson from Ontario’s Ministry of Labour, Training and Skills Development (MLTSD) said a team from the ministry, including experts in safety inspections and engineering, will begin investigating the incident to check if there were any contraventions of the Occupational Health and Safety Act.

A statement from the ministry said the incident was first reported to them Sunday, and a “scoop bucket rendered the hoist non-operational at Totten Mine.”

Sudbury Mayor Brian Bigger also said the incident was “an equipment failure, not a mine failure.”

“From that perspective. I think we all had pretty good confidence that the miners would be able to come out safely,” Bigger said. “And obviously, we’re watching very closely to ensure that every single last person … can get back to surface.

“Throughout this period, there have been a number of people beyond the 39 miners that have been underground, and I’m happy to see that there’s been no incidents. I’m quite relieved.”