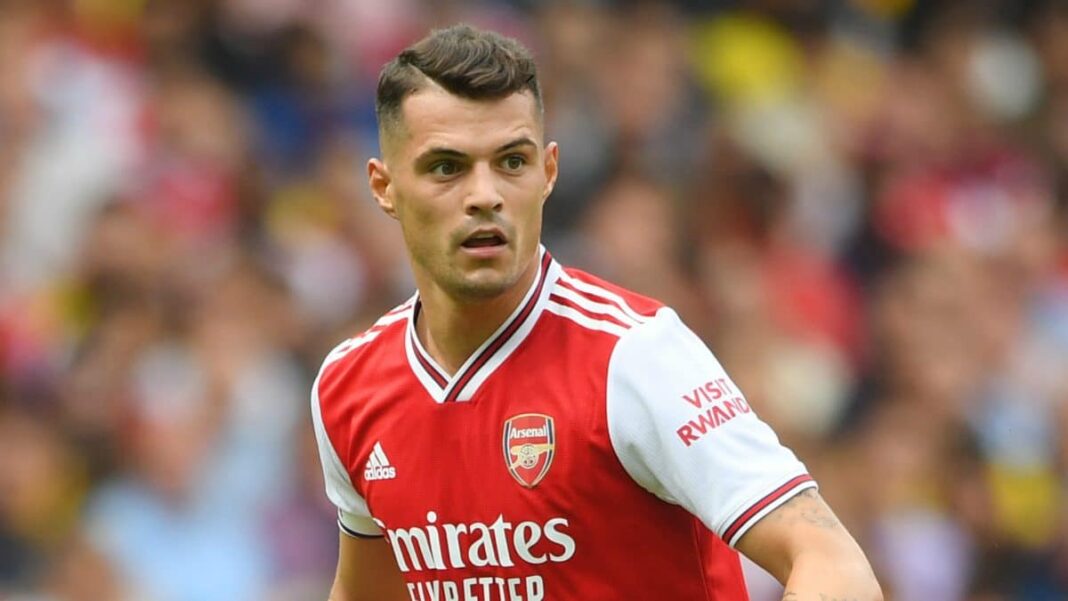 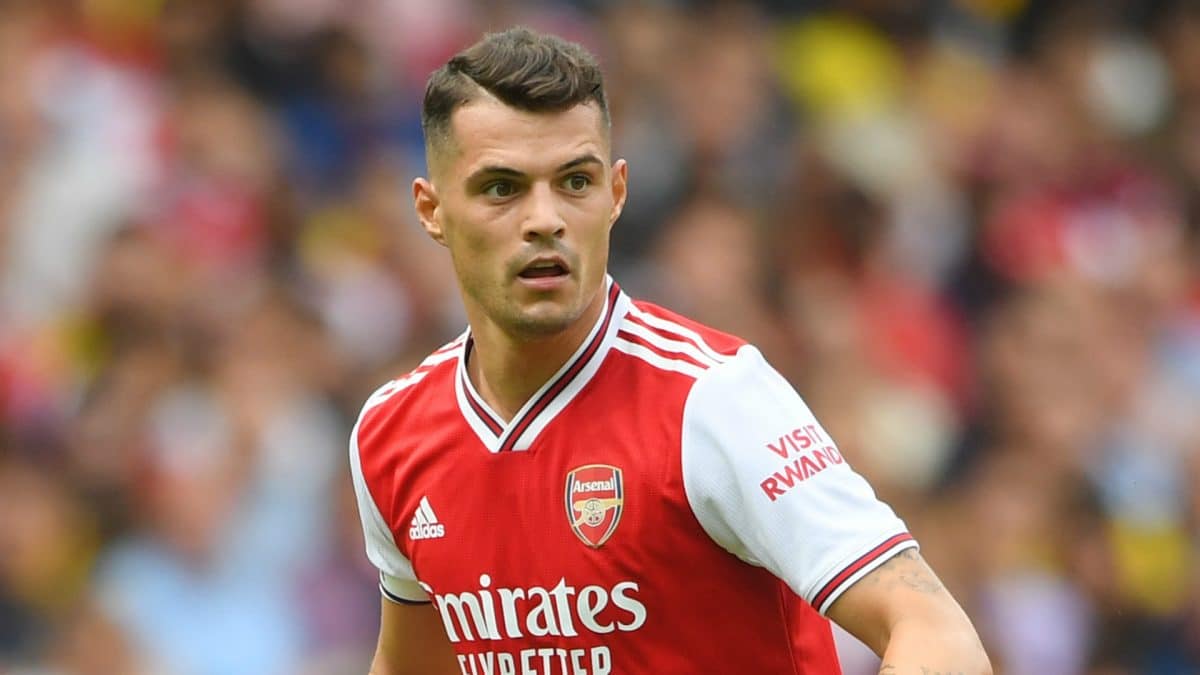 Xhaka has suffered a cruciate ligament injury following an awkward collision during their 3-1 win over Tottenham on Sunday.

Lucas Moura was pushed into the unsuspecting Xhaka and landed heavily on his planted leg, with the 29-year-old clearly in a huge amount of discomfort before hobbling off the pitch.

On Tuesday morning, Xhaka’s wife posted a picture on Instagram of him wearing a leg brace.

Xhaka will be out of action for at least six to eight weeks, meaning he misses a host of matches for Arsenal as well as both international breaks with Switzerland, who he captains.

He is likely to miss up to 10 games including a couple of important away games in the Premier League, before returning around the start of December.

Arsenal travel to Leicester at the end of October and then face Liverpool at Anfield in the first game back after the international break on November 20 – a match which takes place in around seven weeks’ time.

Ten days after that, Arsenal also visit Old Trafford to take on Manchester United, with Xhaka unlikely to be up to full match sharpness by then either unless he recovers significantly quicker than expected.