Reps kick against use of electronic voting for 2019 Election 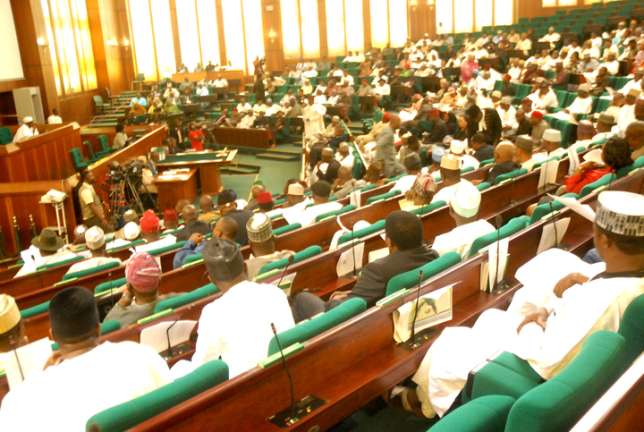 Reps kick against use of electronic voting for 2019 Election

The rejection was sequel to a bill, which seeks to amend the provisions of the Electoral Act, considered by the Committee of the Whole.

The House of Representatives, on Thursday, rejected the use of electronic voting system in the forthcoming 2019 General Elections.

The rejection was sequel to a bill, which seeks to amend the provisions of the Electoral Act, considered by the Committee of the Whole.

The lawmakers, however, approved the use of smart card readers for accreditation before elections are conducted in any polling unit across the country.

The News Agency of Nigeria (NAN) reports that the Bill for an Act to Amend the Provisions of the Electoral Act, No. 6, 2010 to further improve the Electoral Process and for Related Matters has 41 clauses.

The lawmakers, in their submission, removed the amendment in the bill which seeks to introduce the use of electronic voting into the Electoral Act.

They resolved that while an electronic instrument; the card reader, will be used only for accreditation, the voting will be strictly done manually.

During the consideration, Rep Chinda Ogundu (Rivers-PDP) had sought to add a new amendment that the election in any polling unit should be suspended if the card reader malfunctioned until another functional card reader is brought.

The amendment reads: ‘’The presiding officer shall use the smartcard reader for accreditation of voters. Where the smartcard fails in any unit, the election in that unit will be suspended and conducted within 24 hours.”

This, however, triggered reactions from some of the lawmakers, who warned of the delay such suspension would cause.

Reacting, the Deputy Speaker, Mr Yusuf Lasun (Osun-APC), who presided over the section, said:’’If the card reader fails to read in a polling unit, that means you are delaying result of the election in the entire ward.”

Ogundu, on his part, argued that there would be no delay except in cases where the result from the polling unit would affect the entire ward’s outcome.

“If that unit’s result will not affect the entire outcome, INEC doesn’t have to go back. But if it will affect the outcome, their (INEC) policy is that they must go back to do the accreditation with a card reader and conduct the election,” he said.

They also proposed for the disqualification of a candidate if he or she is found to have filed fake documents for his qualification, while his party would pay a fine of N1 million.

The proposal also seeks to disqualify the candidate from participating in a fresh election in cases where the initial election has been conducted.

However, the House did not pass the bill as there are two clauses in it awaiting approval.