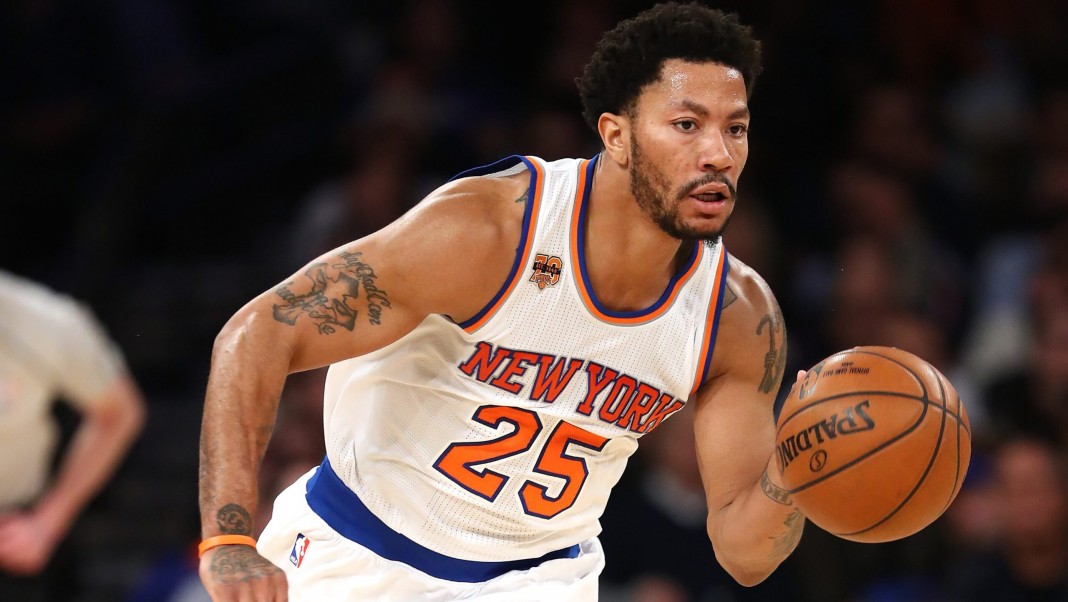 Derrick Rose’s prolonged search for a new home is reportedly at an end. The one-time league MVP is set to sign with the defending Eastern Conference champion Cavaliers according to The Vertical’s Shams Charania.

Derrick Rose has committed to sign with the Cleveland Cavaliers and completed his physical exam today, league sources tell The Vertical.

Sources confirm that Derrick Rose will sign with the Cavaliers (@ShamsCharania first). One year for veteran minimum.

The news comes just days after reports surfaced that Cavaliers star guard Kyrie Irving had requested a trade from the franchise. Irving, whose clutch three-pointer helped seal Cleveland’s first and only NBA title in 2016, has reportedly surprised the Cavaliers with his desire to leave a team that has made the NBA Finals each of the last three seasons.

Whereas Irving reportedly wants to leave a contender in order to lead his own team, Rose appears to be on the opposite side of his career arc. Knee injuries have taken their toll on the former Bulls superstar over the years, leaving him the option of playing the role of support to LeBron James and the Cavaliers for a chance at an NBA championship. Rose has not played in more than 66 games since his MVP campaign in 2010-11 with Chicago. His numbers with the Knicks last year — 18.0 points per game on 47-percent shooting — were his best since his heyday in the Windy City.