Report On U.S. Airstrike That Killed Civilians In Mosul To Be Released Thursday 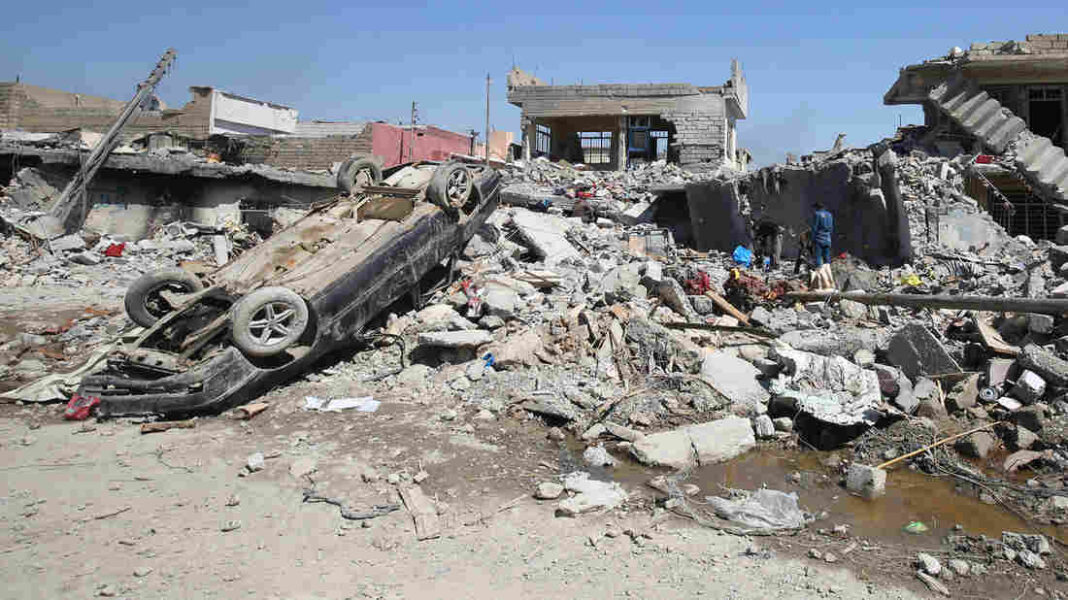 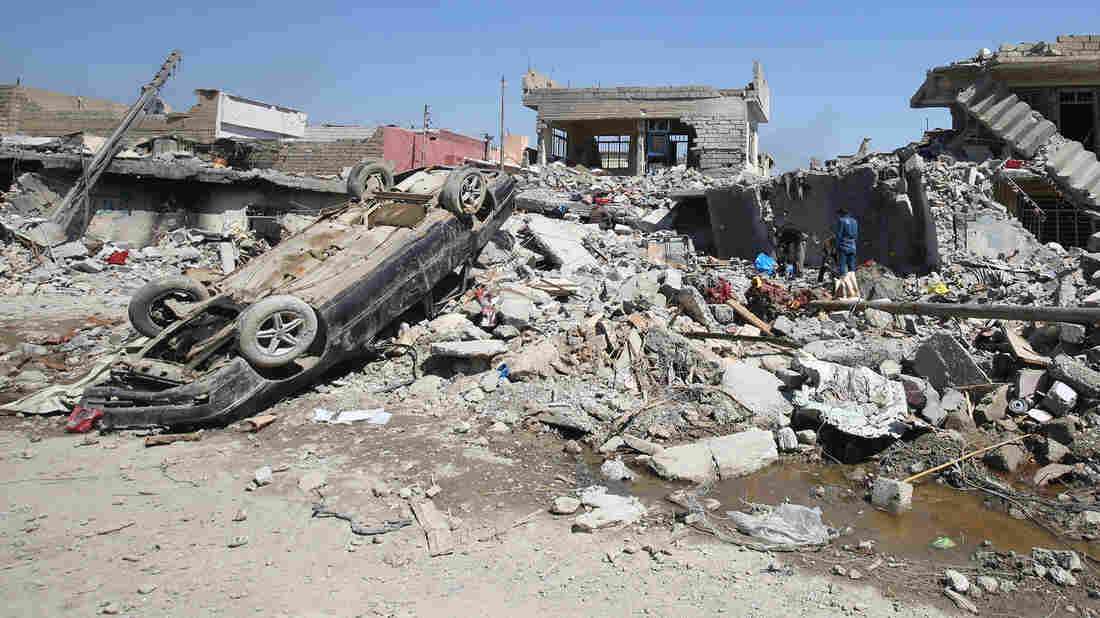 Iraqis inspect the damage in Mosul’s al-Jadida area on March 26, one week after a U.S. air strike in the same area killed more than 100 civilians. Ahmad al-Rubaye/AFP/Getty Images hide caption

Iraqis inspect the damage in Mosul’s al-Jadida area on March 26, one week after a U.S. air strike in the same area killed more than 100 civilians.

The Pentagon believes a building in Mosul, Iraq, where more than 100 civilians died after a U.S. airstrike was either used to store bombs or rigged with explosives, NPR’s Tom Bowman reports, providing a preview of the U.S. report on an airstrike that was targeting ISIS fighters.

That strike took place on March 17; the Defense Department’s report is due to be released Thursday.

The report “will say Iraqi troops came under fire from ISIS snipers, and the U.S. responded with an airstrike, hitting this building with a small bomb — about 250 pounds,” Tom reports.

“The Pentagon will say that such a small bomb could not have reduced this building to basically a crater” without being enhanced by other explosives, Tom adds.

It wasn’t until after the attack that officials learned civilians were in the targeted building. They’re believed to have been either used as human shields by ISIS fighters or having sought refuge in the building’s basement.

After the strike, Iraqi rescue workers described finding dozens of bodies in the rubble. Coming amid a new offensive to try to retake Mosul from ISIS, the attack set off a debate over how to prevent civilian casualties when people are used as human shields — and whether the U.S.-led coalition has been cautious enough in its attacks.

The deaths prompted Amnesty International to accuse the U.S.-led coalition of not taking adequate precautions to protect people in Mosul, not providing a safe escape route for civilians, and choosing munitions that are too powerful.

The group’s senior crisis response adviser, Donatella Rovera, also acknowledged the challenges in places like Mosul. Rovera told NPR in March, “there was no easy option because obviously prior to the fighting, Islamic State did not allow people to leave. However, once the fighting got underway, possibilities are created for people to leave.”

Within weeks of the strike, Iraqi and U.S. officials said they would slow the offensive and reduce the number of air strikes to minimize civilian deaths, NPR’s Jane Arraf reported.