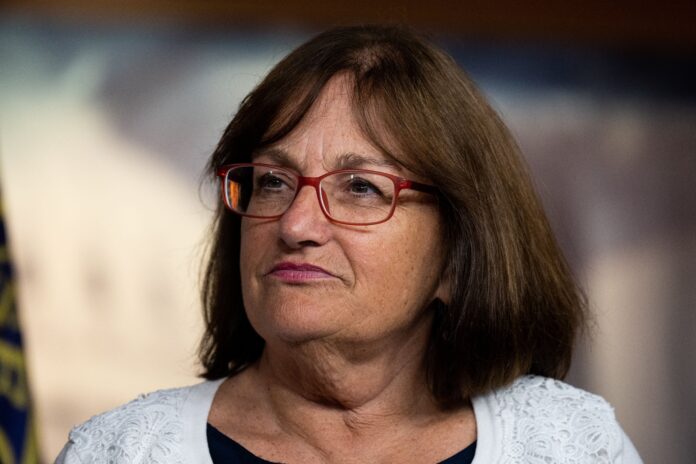 WASHINGTON ― Members of the New Democrat Coalition, a bloc of moderate House Democrats, elected Rep. Annie Kuster of New Hampshire as their new chair on Thursday.

Kuster defeated Rep. Scott Peters (Calif.), a fellow vice chair of the group, by a 51-45 margin.

Kuster, who did not join Peters’ efforts to water down the legislation, won by pitching members on her ability to collaborate with Republicans who are due to take control of the House next month.

In a statement celebrating her victory, Kuster predicted that the New Democrat Coalition stands to play a crucial role as a dealmaker with the incoming GOP majority.

“The narrower-than-anticipated GOP margin gives us tremendous leverage to govern from the middle and deliver real results for our constituents,” she said. “I will work with all corners of the Coalition to stand united against radical policies that will move our country backward and my focus will be advancing our common-sense legislative priorities.”

HuffPost asked Rep. Colin Allred (D-Texas), a member of the New Democrat Coalition who voted for Kuster, whether Peters’ role as an obstacle to further-reaching prescription drug price negotiations affected his vote.

“I disagree with him on it, but, talking about the full scope of legislation that we’re working on here, to have one or two disagreements is pretty much in agreement,” he said. “So I don’t think that was determining for me.”

Allred instead cited Kuster’s status as a member of a swing district who knows what “Frontline” Democrats face from personal experience. Peters, by contrast, represents a safe Democratic seat in the San Diego area.

“It’s really important that as we’re entering a minority hoping to regain the majority, we have a member who has been running in tough races,” Allred said.

Regardless of the factors at play in the election results, though, Peters’ defeat means that one of the pharmaceutical industry’s biggest allies in Congress will not be leading a key bloc of House Democrats.

Peters, who received more pharmaceutical industry PAC contributions than any other Democrat in the 2022 election cycle, helped block a more aggressive drug price negotiation bill from advancing out of the House Energy and Commerce Committee in September. He echoed pharmaceutical industry talking points about the bill, claiming that the original legislation would “ruin” the U.S. sector’s capacity for innovation. Kuster, who also serves on the committee, voted to advance it.

Peters claims that he was merely trying to make the bill accommodate the objections of some Senate Democrats. And indeed, Sen. Kyrsten Sinema (D-Ariz.), in particular, had promised to vote against the original bill without changes that watered it down.

But Democrats involved in the lawmaking process also blame Peters for generating negative headlines with his committee vote and making it harder for Frontline Democrats to tout the policy.

Taking credit for assisting in the bill’s final passage is “like the bank robber who wants credit for the successful release of the hostages,” a senior Democratic House aide who was closely involved in the prescription drug legislation told HuffPost earlier this week.