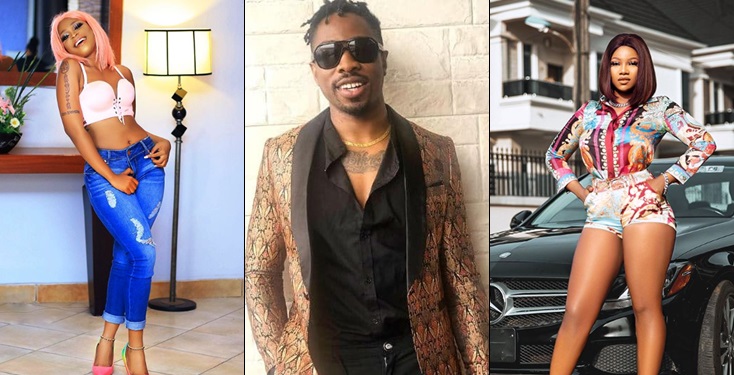 BBNaija former housemates, Ike and Tacha Akide seems to be at loggerheads with each other after the latter shared a video of his ex Tanzania girlfriend, Gigi, who cussed out Mercy Eke.

According to reports, Gigi was once cool with Ike’s love interest and BBNaija 2019  winner, Mercy Eke but suddenly changed towards her and began to take sides with Tacha Ekiden.

Ike consequently unfollowed his Tanzania ex, on Instagram, and this made her slam Mercy live on IG.

Gigi also made an attempt to reveal secrets about Ike, some of which have already been revealed by the former housemate during his stay in the BBnaija house.

She also released throwback romantic videos and pictures taken, back then in 2018 when they were still in love.

Tacha, however, got entangled in the mess after she reposted one of Gigi’s post on her IG story, which prompted Ike to unfollow her as well.

BBNaija star #IKE unfollows his tanzanian ex #Gigi and fellow HM #Symplytacha on Instagram. . His Ex who was once cool with his relationship with #lamborghinimercy had now gone on live video last night to curse her out for obvious reasons. . She also made an attempt to reveal secrets about Ike but some of these info have already been revealed by the Americana during his stay in the BBnaija house. . Tacha got engulfed in the mess after she Reposted one of Gigi's post on her IG story. . . Follow for more updates. . . #Mercybbnaija #ikebbnaija #SymplyTacha #tacha #bbnaija #DokitorSavageXclusive #dokitorsavage

A post shared by Dokitor Savage Exclusive (@dokitorsavagexclusive) on Jan 7, 2020 at 8:03pm PST