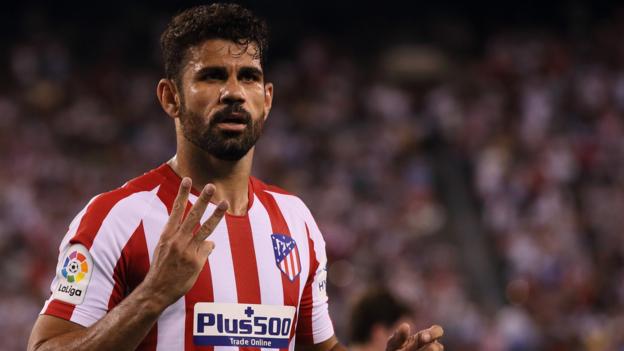 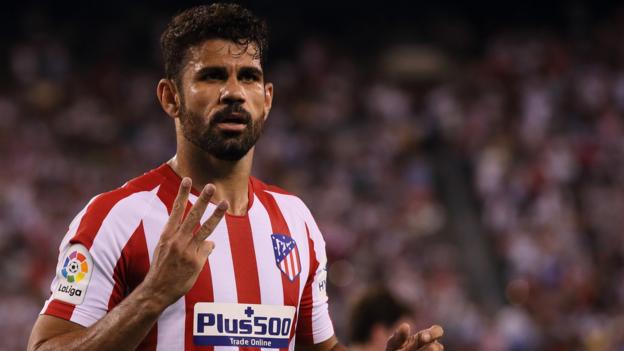 Costa opened the scoring in the first minute and completed his hat-trick with a 45th-minute penalty.

Joao Felix, a £113m summer signing, also scored his first goal for the club as Atletico led 5-0 at the break.

Costa added his fourth goal six minutes after the restart, before both he and Real’s Dani Carvajal were red carded for fighting in the 61st minute.

Angel Correa, on for the injured Alvaro Morata, was also on target in the first half, while Vitolo added Real’s seventh in the 70th minute.

It took until they were 6-0 down before Real got on the scoresheet through Nacho, while Karim Benzema and Javier Hernandez both scored late on.

Gareth Bale, who is set to leave Real to join Chinese club Jiangsu Suning, started on the bench, but came on for the final 30 minutes.

Real, who have spent close to £300m this summer, started with new signings Eden Hazard and Luka Jovic.

But they have struggled on their US pre-season tour, losing 3-1 to Bayern Munich and beating Arsenal on penalties after a 2-2 draw.

“Having seen Madrid, we looked for where we could harm them,” said Atletico coach Diego Simeone. “We have had a great time here.”

Real captain Sergio Ramos said: “We’re obviously not feeling great right now. This has only just begun, they’re preparation games to get us up to the top level. There are many ways in which to lose, but we can’t be doing it like we did today.”

Real coach Zinedine Zidane added: “We don’t need to dwell on it, this is a pre-season game. They [Atletico] were better in every respect and that’s all there is to it.

“I’m convinced we’re going to have a good season. We can’t be pleased with today’s defeat, that much is clear. But I’m convinced I’ve got a team here that is going to compete at the top level.”

Trippier on life in Spain

England right-back Kieran Trippier, who joined Atletico from Tottenham for £20m earlier this month, made his second start for the club.

He praised Simeone as a “world class coach” and said he was “embracing the culture”.

“I have slotted in better than expected to be honest,” he said after the match. “The lads have been brilliant with me, all the staff have made me feel so welcome.

“It is about learning the language now and that is my priority, getting involved with the lads and everything around it, embracing the culture.

“Around the dinner table they speak a little bit of English to me and I do my part in Spanish.”

He added: “In training the standard is unbelievable. I am delighted to be part of this world-class team, with a world-class coach.

“When you are learning a defensive side there is no better coach to work under, and it is an area I want to improve on.”