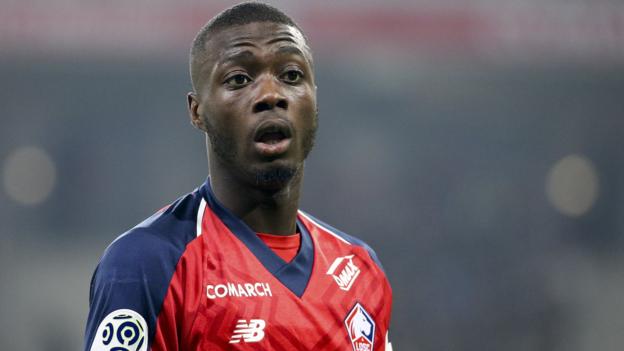 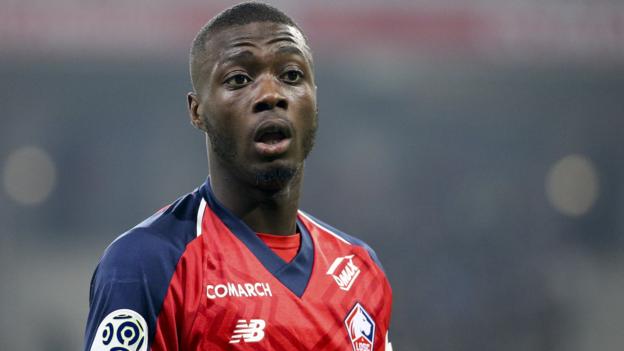 Arsenal have reached an agreement with French club Lille to sign Ivory Coast winger Nicolas Pepe in a deal worth 80m euros (£72m).

The Gunners will pay for the 24-year-old via a series of instalments that suit their restricted budget for this summer.

An agreement between Arsenal and Pepe’s representatives still needs to be finalised.

But the transfer is expected to be completed in the next 24 to 48 hours.

Italian side Napoli also met Lille’s asking price, but their proposal was rejected by the player’s camp.

Pepe tends to operate on the right wing and cut in on to his left foot, but can also be used as a striker in a 4-4-2 formation.

He scored 23 goals for Lille last season and satisfies Arsenal’s need for a wide player with pace and high technical ability.