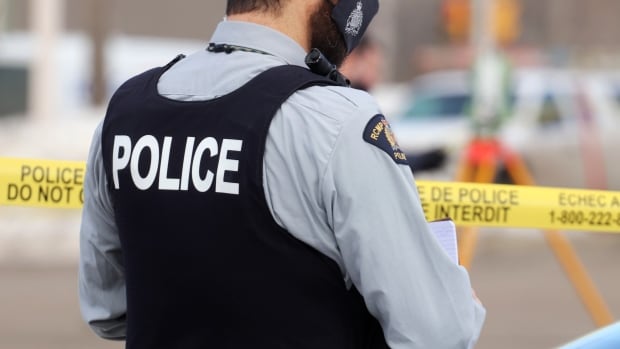 The RCMP’s union says it supports the “right” of RCMP officers to refuse to get vaccinated and will back up any member who refuses vaccination once the mandatory vaccination policy for the federal public service is in place.

“The [National Police Federation] supports a member’s right to choose to be vaccinated or not,” says a Sept. 23 email to members, obtained by CBC News.

“We will assist and represent members individually with their choice and its possible employment consequences.”

A spokesperson for the union wouldn’t say how many members have voiced concerns about vaccination against COVID-19, citing privacy reasons.

Just two days before the August election call, the Liberal government announced that it would make vaccines mandatory for federal employees and those travelling by plane, train or ship.

“We’re unequivocal that civil servants must be vaccinated. If anyone doesn’t have a legitimate medical reason for not getting fully vaccinated — or chooses to not get vaccinated — there will be consequences,” Prime Minister Justin Trudeau said during the campaign.

The Liberals said the policy could come in as soon as October. Today, the re-elected Trudeau indicated things are moving ahead.

“First off, we’re going to ensure that the federal public service is vaccinated. There is a clear requirement of vaccination for anyone who works for the federal government,” he said during his first full news conference since last week’s election.

“Second, we’re going to make sure, in the coming weeks, that anyone 12 or older who wants to get on a plane or a train be fully vaccinated.”

It remains unclear how those “consequences” would affect the RCMP’s rank and file officers, or whether they could lead to officer shortages in an already stressed police service.

Details still being sorted out

National RCMP headquarters referred all questions to the Treasury Board Secretariat, which said it is still working with stakeholders, including unions, on the finer details of the vaccination policy.

“Details will be communicated in the days and weeks to come,” said Geneviève Sicard in an email to CBC News.

The NPF email goes on to advise members that the union sought legal counsel on the RCMP’s rationale for collecting employees’ vaccination status. The email said the legal opinion concluded the RCMP’s reasoning is sound, in part, for “duties of public safety” reasons.

The union advised members to disclose their vaccination status only to the RCMP’s health services wing and not to a supervisor or manager.

The Toronto Police Service, Canada’s largest municipal police, told all of its uniformed and civilian members to provide proof of their COVID-19 vaccination status by Sept. 13 — a move its union has said it does not support.

According to the Toronto Star, the Toronto Police Association has negotiated a commitment from TPS that officers will not be disciplined and will not be transferred if they didn’t disclose their vaccination status by that deadline.

“We continue to strongly encourage all personnel to be vaccinated unless they have a valid medical reason to not be fully vaccinated,” the Ontario Association of Chiefs of Police advocacy group said in a statement last month.