This Manitoba community has a vaccination rate of 24% against COVID-19. Here’s why 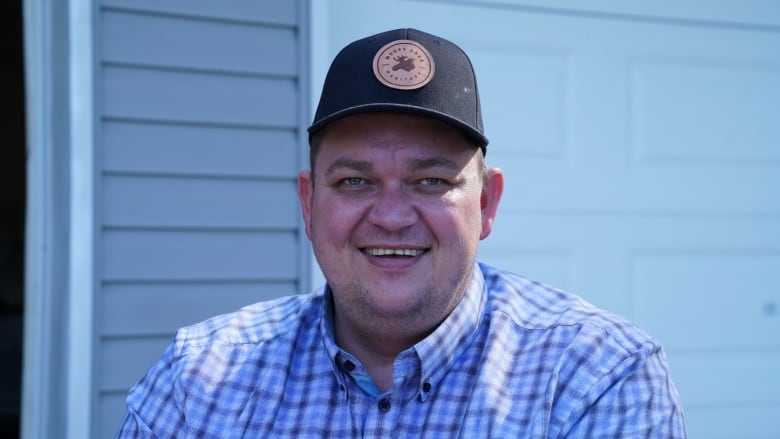 Outsiders depict his rural Manitoba community as one divided over COVID-19 vaccines, but that isn’t how Willie Penner sees it.

Within the company he keeps, Penner, who is unvaccinated, doesn’t hear any discord.

Nobody in his bubble is vaccinated against COVID-19. Not his wife working in health care, nor his brothers and sisters living near and far. His in-laws and his good friend have no interest in the vaccine. His church says the choice is his.

In the Rural Municipality of Stanley, 100 kilometres south of Winnipeg, Penner is living in a bubble of the unvaccinated. He wouldn’t have it any other way.

“Only [person] I feel pressure from is Dr. Roussin in Winnipeg,” he said, naming Brent Roussin, Manitoba’s chief public health officer and the person who in many ways is the public face of the province’s pandemic response.

“That’s where you feel the pressure. He wants people to get vaccinated and everybody has the right not to.”

Penner’s rural municipality — an overwhelmingly conservative, white, deeply Christian community where German is the second most-common language — has been treated like a pariah by some fully inoculated persons, given Stanley’s stubbornly low vaccination rate.

Only 24 per cent of eligible people, as of Tuesday, have received their first dose, according to the province’s data. (In the City of Winkler, which the municipality surrounds, 41.3 per cent have rolled up their sleeves).

In fact, Stanley’s vaccination rate is the lowest of any Manitoba health district and the second-worst vaccination rate reported by any Canadian province. CBC found only one province reporting a lower vaccination rate — High Level, Alta., which had a 20.7 per cent rate for first doses in a region spanning a large northwestern chunk of the province, as of Tuesday.

This reality is unsettling to public health officials, who have warned the severity of the pandemic’s fourth wave will be driven by the unvaccinated.

Manitoba’s Southern Health region, which encompasses the RM of Stanley, made up roughly half of the province’s new COVID-19 cases in recent weeks, but is only home to around 15 per cent of the population.

An explanation for Stanley’s low vaccination rate cannot be attributed to a single cause, residents and historians say.

Any account deserves a nuanced, layered understanding, they say, but it stems at least partially from generations of conservative Christians who feel the government has repeatedly turned on them.

“There is this long history of viewing the social structuring parts of government, and if you think in terms of religious terms, as the encroachment of the world on the Christian,” said Hans Werner, a retired Mennonite studies professor from the University of Winnipeg.

Farmyards dot this land, with homes sometimes separated by a kilometre or more. Many other residences are in small villages with Low German-speaking origins, such as Reinfeld, Schanzenfeld and Chortitz, that have survived for a century and counting.

Historically known as the West Reserve, the area is shaped by immigration. Rejecting Russia’s offer of working in forestry in lieu of compulsory military service, thousands of Russian Mennonites settled in the southeastern areas of Manitoba in the 1870s. They took up arable land before venturing further west, including parts of the eventual RM of Stanley, where these trained agriculturalists built farms and livelihoods.

They were lured to Manitoba under a promise of exemption from military service and control of their own education system, among other measures, said Conrad Stoesz, archivist at the Mennonite Heritage Archives in Winnipeg.

“Over time, some of those things have been eroded, often by provincial legislation.”

A simmering distrust of government boiled over roughly 100 years ago when Manitoba began to force Mennonite communities to send their children to public schools. While many Mennonites assimilated to the demands of provincial decision-makers, others, particularly in the West Reserve, which Werner said was more resistant to modernist trends, fled to countries like Mexico and Paraguay.

Other waves of migration ensued, including Mennonites fleeing Russia in the 1920s and decades later an influx of arrivals from Germany and the return of some families who had headed to Mexico.

“That’s an interesting mix of people from various different migration histories and stories, but they all share a common thread where they have not always been very fairly treated by the governments that they lived under in Canada, Ukraine and the Soviet Union,” Stoesz said.

In some circles, that distrust lingers to this day, he said, and it contributes to vaccine hesitancy.

“By pushing them” to get vaccinated, “I think they’re going to just resist more and more,” Stoesz said.

A strong sense of community has kept these small villages alive, through periods of decline and rejuvenation, Stoesz said, unlike some other Mennonite communities in the East Reserve long since defunct.

Werner, who lived in the RM of Stanley for about 25 years, said the municipality is “still viewed as a wonderful place to raise your children with Christian values,” whereas Winnipeg and Winkler are perceived by some locals as places better to visit or work than live.

It is in Winkler, the city that Stanley surrounds, where vaccine division is widespread, as proof-of-vaccination cards and mask mandates have led to rallies, hostility toward business staff and a police chief writing that “drug traffickers and career criminals are more respectful to law enforcement.” A petition hit city council to turn Winkler into a “sanctuary city,” which would exclude it from public health orders.

Life for Stanley residents is intertwined with the city’s, but some people say the animosity that’s come out at rallies against the pandemic measures and pushback at businesses following the rules isn’t present in their day-to-day lives.

After all, the unvaccinated are overwhelmingly the majority in their communities.

Candace Grenier lives in a secluded sliver of the RM of Stanley, atop a hill, shielded by trees, but she doesn’t feel separated from everyone else.

Instead, she speaks of solidarity. She will not get the COVID-19 vaccine, no matter what, and she knows she isn’t alone in her municipality.

“If you know that you’re not the only one, you’re not as afraid to stand up for your belief system.”

At first, she was nervous to express her vaccine resistance on Facebook. She was worried of the impact it would have on Pure Anada, her cosmetics company. Grenier said she’s heard from many customers who say they’ll never buy her products again.

“But the honest truth is our business has only grown,” she said. “That’s probably a reflection of the stance of the people in the RM of Stanley and Winkler and Morden that we now have more support, I feel, than ever.”

She attributes her apprehension to a personal choice, despite the science and statistics to the contrary.

The COVID-19 vaccines reduce the risk of contracting the coronavirus and significantly dampen the chance of any severe complications, legions of scientists, medical professionals and public health officials have said.

To date, 80 per cent of eligible Manitoba residents have been fully vaccinated against coronavirus. Of those 940,193, only 940, or 0.1 per cent, have experienced breakthrough infections and 18, all above 60 years of age, have died, according to the latest provincial data.

Conversations in the municipality show the reasons for vaccine reluctance are diverse, ranging from religion to distrust of science and a prevailing belief in a person’s autonomy to make their own health decisions and a belief the government shouldn’t.

Premier Kelvin Goertzen has encouraged Manitobans to reach out to vaccine-hesitant people in their own lives. He said they shouldn’t use forceful language to make their point.

“I don’t know of anybody who’s changed their mind in an argument on Facebook,” Goertzen said earlier this month.

The scourge of misinformation is evident in some of the discussions CBC had in the municipality. Among them, a retired nurse offered an array of debunked falsehoods, including ivermectin — a horse dewormer that also has a different formulation for prescribing to people with parasitic worms — being a cure for COVID-19, the local hospital filling up because people got vaccinated and even a person becoming blind because they were inoculated. None of those statements is factual.

The Stanley health district has reported 138 cases of COVID-19 and three deaths during the pandemic, although Roussin, the province’s top doctor, has said southern Manitoba has a lower per capita testing rate than other areas of the province.

Despite an entangled web of explanations, many people in the RM of Stanley seem to be unified. Vaccinated or not, people CBC spoke with say they’re against the division government has sowed by restricting access to certain places, like restaurants, to only the inoculated.

“The other day, we went out for lunch at a popular restaurant and there was hardly anybody in there,” said Harold Falk, a former farmer who moved to the municipality a few years ago.

Falk is fully vaccinated, but doesn’t talk about it unless he must flash his vaccine card. He won’t bring it up at his work with a farm equipment supplier. He doesn’t try to persuade hesitant family members.

In fact, he said the fully vaccinated are hurting their cause by being more fearful of the virus than people who are not vaccinated.

Barb and Jake Penner run an environmental waste and recycling company just outside Winkler that tries to make a difference in the community. They got vaccinated for the same reason.

“I want to do my part and do the best I can to protect the people that work for us and the people around us,” Barb Penner said.

But otherwise, the team behind Penner Waste stays neutral in the vaccine debate. They’ll leave it up to their neighbours to get vaccinated, if they choose.

“Pressure has never worked,” Jake Penner said. “I don’t believe in pressuring somebody into something. That doesn’t work.”

Manitoba has tried to boost vaccine rates among the unvaccinated by limiting the places they can go, but its impact on the RM of Stanley appears to have been negligible. Since the program’s announcement in late August, the vaccination rate has increased by 1.8 per cent, public health figures show.

Three-quarters of adults remain unvaccinated. Grenier is one of them — a businesswoman with a warm smile who said she’s trying to do good for her five children.

“I have been enjoying life because I really enjoy the simple things,” she said.

“I’ve got kids. I’ve got a deck. I can have a fire. And those are the things that I really enjoy about life.

“No, you haven’t taken that away from me, actually.”