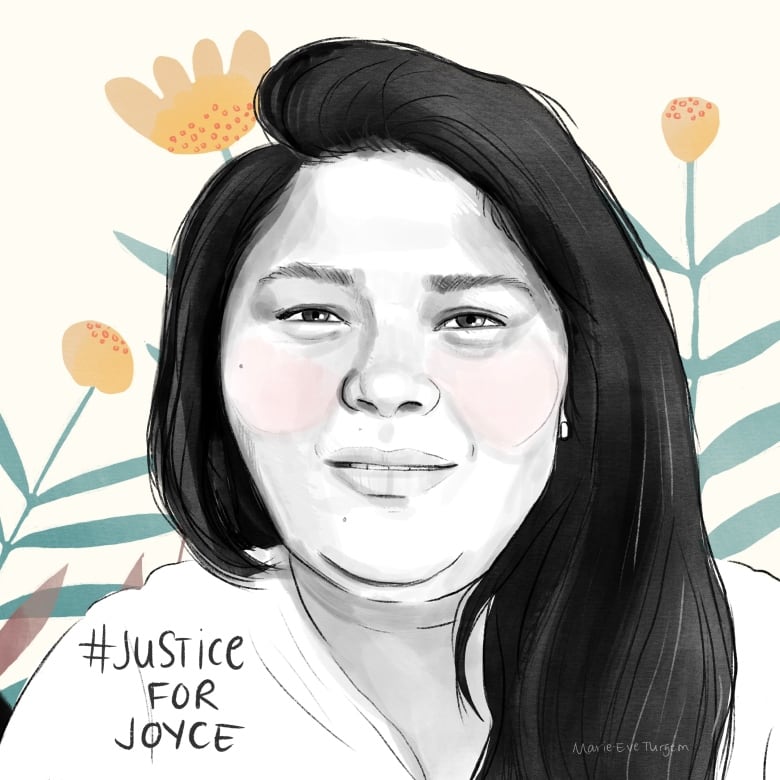 The Quebec government must recognize the existence of systemic racism within its institutions, according to the coroner tasked with investigating the death of Joyce Echaquan, who concluded that the racism and prejudice the Atikamekw woman faced in hospital contributed to her death.

Echaquan, a mother of seven, died on Sept. 28, 2020, at a hospital north of Montreal, moments after she recorded footage of herself in hospital as health-care staff hurled racist remarks at her.

Tuesday marked the one-year anniversary of Echaquan’s death, which sparked outrage, protests and repeated calls for the province to recognize systemic racism.

Premier François Legault has repeatedly denied the existence of systemic racism in Quebec.

A three-week coroner’s inquiry into her death was held last spring in Trois-Rivières, Que.

The top recommendation in Quebec coroner Géhane Kamel’s report is for the province to acknowledge that systemic racism exists and “make the commitment to contribute to its elimination.”

Although Echaquan’s death has been ruled accidental — she died of pulmonary edema — the “racism and prejudice Ms. Echaquan faced” contributed to her death, the report said.

Staff assumed Echaquan was in withdrawal

​Kamel’s report notes that Echaquan’s care was affected because medical staff assumed she was suffering from withdrawal.

The gastroenterologist who first saw Echaquan the day before her death suggested the theory, which led him to postpone her colonoscopy exam to the next day.

Other health-care workers also treated her based on that idea, even though there was no evidence to back it up.

Kamel wrote in the report that the assumption that Echaquan was addicted to drugs was unfounded.

At the hospital, when Echaquan became agitated and complained of heart palpitations, she was given sedatives and no further tests were done.

Given her medical history — Echaquan had diabetes and cardiomyopathy — Kamel writes that those palpitations should have raised some red flags among health-care staff.

In the end, Echaquan died of an excess of fluid in the lungs.

The medical expert who spoke during the inquiry, Dr. Alain Vadeboncoeur, said being held in restraints may have worsened her condition because she was lying down, and the liquid kept accumulating.

Kamel said if Echaquan had been treated differently, her death could have been prevented.

“It is therefore my duty, as coroner, to do everything within my power to avoid having another member of the Indigenous community or any other origin receive care such as the kind that was offered to Ms. Echaquan,” the report read.

Brad Regehr, former president of the Canadian Bar Association, joins Power & Politics to discuss the Quebec coroner’s recommendation for the provincial government to recognize the existence of systemic racism within its institutions following the conclusion of an inquiry into the death of Atikamekw woman Joyce Echaquan in a Quebec hospital last year. 4:19

In her report, Kamel said the nurse and patient attendant who treated Echaquan at the Centre hospitalier de Lanaudière in Joliette. Que., denied having racial prejudices, and other health-care staff who were made aware of the video recording did not treat the matter seriously.

“If it weren’t for the video footage, it’s a safe bet that this event would’ve never been brought to the public’s attention,” the report reads.

“When the system [gets defensive], it is the very definition of systemic racism.”

When the inquiry wrapped up last May, Kamel promised to make sure the Atikamekw woman’s death would not be in vain, telling her family that a “small revolution of reconciliation” had started thanks to Echaquan.

Other recommendations in the report include calling on Quebec’s college of physicians and order of nurses to review the actions of its members leading up to Echaquan’s death.

The coroner has declined to comment on her findings. She is scheduled to hold a news conference next Tuesday. A spokesperson for Legault told CBC News the premier would not comment before then.

Premier Legault doubled down on denial

In the wake of Echaquan’s death, Atikamekw leaders in Quebec drafted Joyce’s Principle, a set of recommendations meant to guarantee health care for Indigenous people, free of discrimination, by having it enshrined in provincial law.

The province has refused to draft legislation that included tenets from Joyce’s Principle because they referenced systemic racism.

On Thursday, Indigenous communities across Canada celebrated the first National Day for Truth and Reconciliation. Leading up to the federal statutory holiday, Legault once again said his government could not adopt Joyce’s Principle.

“There’s a large majority of Quebecers that say there is no racist system in Quebec,” Legault said on Wednesday.

“There are racist people, but it’s not true that the education network, the health care network have racist systems. I don’t think there is [a system]. There are Quebecers who think there is one. We have to respect each other, but we have to work together to fight against racism.”

When asked during a news conference on Friday if the province is open to recognizing systemic racism, Quebec Health Minister Christian Dubé said he needed time to read the report.

Dubé also said the province is already in the process of implementing measures to improve the treatment of Indigenous people in health-care facilities.

An inquiry has begun into the death of a Atikamekw woman who died at a Quebec hospital where staff hurled racist insults at her. Joyce Echaquan’s husband fought back tears as he spoke about his partner of 23 years. 2:04

Earlier this year, the regional health authority that oversees the hospital where Echaquan died announced plans to hire two community liaisons, roles that were to be filled by people from the Atikamekw community.

In her report, Kamel also stated that the hospital should make sure to properly integrate the community liaisons within its teams.

The coroner is also calling on the province’s Education Ministry to make sure colleges and universities that train health-care staff teach students about the realities of Indigenous patients.