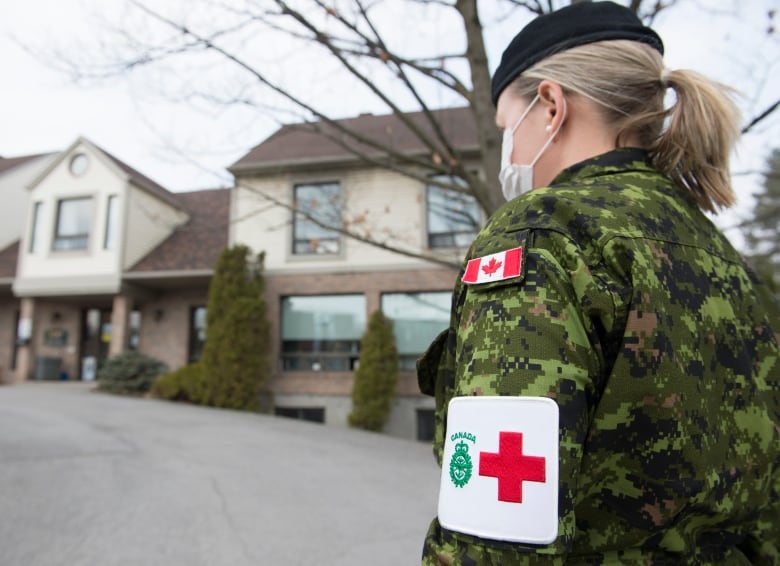 Newly-released documents show the Canadian military was concerned enough about the initial spread of COVID 19 to begin monitoring and planning for a response in late January 2020.

Experts are now asking whether that early advantage was squandered when it came to forecasting the trajectory of the pandemic and its impact on both troops and the general public.

The records, obtained by CBC News, show the first planning meeting for what later became Operation Laser — the military’s overarching pandemic campaign — took place on Jan. 23, 2020, almost two months before the operation was called upon by the federal government.

The partially redacted documents, obtained under access to information law, also show the military began around the same time to gather intelligence on pandemic disinformation — and later debated whether the coronavirus could be turned into a bioweapon.

The documents also reveal that Canadian military intelligence officers met regularly with their allied counterparts in the health equivalent of the Five Eyes intelligence-sharing alliance — known as the Quadripartite Medical Intelligence Committee (QMIC) — to discuss the unfolding pandemic.

Despite what seems like a hive of activity at the time, experts say it appears the Armed Forces was no better informed and no more nimble in its response to the global pandemic than the Public Health Agency of Canada (PHAC).

Hundreds of pages of briefings and assessments by Canadian Forces Intelligence Command (CFINTCOM) and the Canadian Forces Health Services Group (CFHSG) underline just how little the threat was understood and how pandemic early warning needs to be taken more seriously, said Wesley Wark, a University of Ottawa historian and one the country’s leading intelligence experts. He’s been a fierce critic of the federal government’s response to the pandemic.

‘They vastly underestimated the threat’

“The conclusion I think you have to draw from these documents is that the Department of National Defence, despite its intelligence assets, despite its connection to allies, had the same problem that we know the Public Health Agency of Canada had, which is that they were unable to deliver early warning about COVID 19 and they vastly underestimated the threat that was posed to Canada and Canadians, and indeed to Canadian Armed Forces personnel,” Wark told CBC News.

The military’s medical intelligence branch has a mandate to monitor health conditions in areas where troops are deployed. Its information has been shared routinely in the past with Canada’s civilian health agency, helping to inform broader risk assessments for the country as a whole.

Many of the analysis briefings written by both CFINTCOM and CFHSG and viewed by CBC News mirror the kind of cautious COVID risk assessments produced by PHAC during the same timeframe, Wark said.

One of the intelligence briefings, written on March 24, 2020, examines “a plausible worst-case estimate of 250,000 deaths” in Canada in the absence of mitigation measures such as masks and social distancing.

Wark said it’s surprising the connection with allied intelligence agencies did not produce more explicit warnings or a greater sense of urgency.

For over seven decades, Canada and some of its closest allies — the United States, the United Kingdom and Australia — have operated a largely secret formal exchange of military medical intelligence through QMIC.

That relationship regularly produces troves of highly detailed data and insight — most of it written by the U.S. military — on emerging health threats around the globe, said Dr. Jonathan Clemente, a physician practising in Charlotte, North Carolina who has researched and written extensively on the history of medical intelligence.

He told CBC News it’s fairly certain that alarm bells were ringing at the National Center for Medical Intelligence (NCMI) in Fort Detrick, Maryland, and that it was producing comprehensive assessments of the trajectory of the virus.

The Canadian military’s medical intelligence unit, whose primary mission is to safeguard the health of troops in the field, began writing briefings in January 2020 on the virus and “flash” updates the following month.

None of its reporting — or the separate, more detailed analysis from the Canadian Forces health branch — found its way into the civilian Public Health Agency of Canada risk assessments, which initially described the threat posed by COVID-19 as “low.”

Key decision-makers in the federal government relied on the PHAC risk assessments for guidance on measures such as border closures and quarantines.

The documents show that at one point, an allied intelligence partner made a specific coronavirus-related request for information from Canada. The defence intelligence staff passed it along to PHAC, where it languished for two weeks unanswered.

Wark said it all demonstrates how flat-footed the federal government was at times during the rapidly evolving crisis.

A ‘failure of imagination’

The reports obtained by CBC News, he said, prove the need for better independent analysis and deeper specialization within the military intelligence community, especially when it comes to health matters.

“I think it’s partly that they didn’t have or didn’t use all the information and intelligence at their disposal, and I think frankly there’s a problem of failure of imagination at work here,” Wark said.

A spokesperson for Defence Minister Harjit Sajjan said the military’s medical intelligence branch has an important role to play in forecasting “infectious disease outbreaks, health hazards and environmental hazards that may have an impact on CAF/DND operations.”

Daniel Minden said that information is shared across government.

He added that the latest defence policy, crafted in 2017, commits “to building CFINTCOM’s capacity to provide more advanced intelligence support to operations including through enhanced forecasting abilities.”

A breakdown in communications

Despite Minden’s assurance, the documents obtained by CBC News show that federal departments appeared to be operating in silos in the early days of Ottawa’s pandemic response.

For example, the first alert the military received about COVID-19 came from ProMED, a internet surveillance program belonging to the International Society for Infectious Diseases (ISID) — and not from the federal government’s own Global Pandemic Health Intelligence Network (GPHIN).

“In all honesty, that disappoints me,” said Dr. Ron St. John, a former director general at the Public Health Agency of Canada who once served as the country’s quarantine officer.

The ProMED alert about an infectious disease outbreak in Wuhan, China was issued almost a day before GPHIN posted its own notice — internal to the federal government — on Dec. 31, 2019.

St. John said the fact the military had to rely on an outside agency for early warning is troubling because, at one point a decade ago, there was a deep level of cooperation between health officials and the security and defence services.

“I would have thought [an infectious disease outbreak] would have been information shared across multiple channels of communication within the Government of Canada,” said St. John.

The documents show there was some debate in military circles in the spring of 2020 about the widely circulated theory that COVID-19 was genetically engineered, rather than a natural virus that made the leap from bats to humans in a Wuhan wet market. The reports acknowledged but did not entirely discount the lab leak theory.

“Multiple examples exist of accidental releases of infectious organisms from research laboratories, including those that conduct research under high-level biocontainment,” says a May 4, 2020 analysis.

Late in the spring of last year, military analysts turned their attention to the possibility that later strains or variants of the novel coronavirus could be turned into a bio-weapon.

“Since the emergence of SARS-CoV-2 virus in the human population and the resulting COVID-19 pandemic, concerns have been raised regarding its potential use as a biological warfare (BW) agent,” says a June 11, 2020 briefing document.

St. John said that’s the kind of briefing public health and public safety officials used to hold regularly during the immediate post-9/11 era and it’s disturbing to see DND as the only federal department giving these questions a thorough examination.

The defence community is divided on the question of whether making a bioweapon out of the virus is even possible, given the fact that SARS-CoV-2 does not have many of the attributes needed to make it useful in warfare.

Such a bioweapon would be tough to manufacture and would pose the risk of infecting both sides equally.