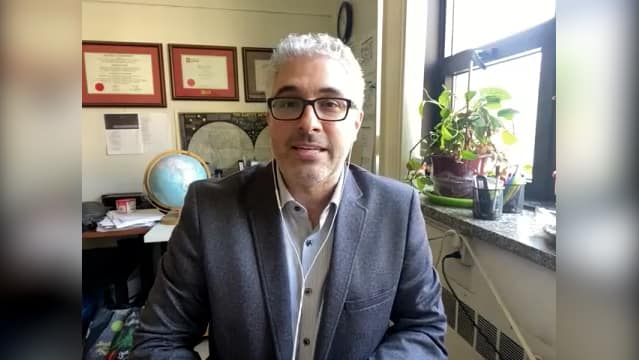 After a lacklustre campaign start in and around Quebec City, Quebec Liberal Party Leader Dominique Anglade found herself in a shopping mall in Sherbrooke, glad-handing in former Liberal premier Jean Charest’s old stomping ground — a riding she is determined to win back.

But while Anglade was there, the Quebec Liberal Party (PLQ) candidate in the neighbouring riding of Mégantic announced she was dropping out of the race.

It was the fourth day of the campaign and the fourth day Anglade had been dogged by questions regarding her party’s organization: about the sluggishness of campaign financing, the PLQ’s incomplete slate of candidates, and polls that show the PLQ, at dissolution Quebec’s Official Opposition, risks losing some of its 27 seats on Oct. 3.

Anglade says she knows what she is up against.

“When I decided to present myself as the leader of the Quebec Liberal Party, it wasn’t because it was easy, but because the challenge is worth it,” Anglade said in a televised interview last week on Radio-Canada.

But some analysts say Anglade and her PLQ are facing nearly insurmountable odds, and how they fare may end up shaping Quebec politics for years to come.

“The numbers for the Liberals have looked dire now for a while,” said Philippe J. Fournier, the pundit and poll analyst behind the website Qc125.

“I do not think the Quebec electorate realizes how deep of a hole the Liberals are in right now.”

WATCH | What’s going on with the Quebec Liberal Party?

Philippe J. Fournier, the poll analyst behind the website Qc125, says the Liberal’s numbers are dire in Quebec’s election.

Once a juggernaut of political financing, the PLQ raised an average of $8.37 million annually from 2003 to 2008.

Fast-forward to 2022, and the party’s fundraising is lagging behind all its main rivals.

According to Élections Québec data analyzed by CBC News, the PLQ has raised $369,921 so far this year — in fifth place, behind Éric Duhaime’s fledgling Conservative Party of Quebec (CPQ), which has raised $529,477.

That’s meant the PLQ has had to take out a sizable loan to finance the current campaign.

In August, it borrowed against two buildings it owns, in Quebec City and Montreal.

“We have chosen to go with a mortgage line of credit, of a maximum of $2 million, which we will use as needed during the campaign,” the party said in a statement to Radio-Canada.

The statement also said the party is in “excellent financial health” — the only party that has $4.7 million in real estate assets.

But Université Laval Prof. Valérie-Anne Mahéo says that the slow trickle of donations could signal more than a need to turn elsewhere for cash.

The political scientist said the PLQ’s longtime faithful might stop donating if they don’t believe in the party’s current direction.

“We see that donors are making donations when they believe in the party and the chance of the party making gains,” she said.

“If people are not seeing the party as a good perspective, most likely, they are not going to give their money.”

It is early in the campaign, but Fournier said there are already some indications Anglade may be in trouble in her own riding, the traditional Liberal stronghold of Saint-Henri–Sainte-Anne in southwest Montreal.

All the party leaders except Anglade managed to raise more political donations than the candidates they are up against in their own ridings.

In Saint-Henri–Sainte-Anne, however, Québec Solidaire’s Guillaume Cliche-Rivard, an immigration lawyer, has collected $16,367, while Anglade has raised only $12,643.

“Democracy will speak. People will see who represents their values.”

Fournier said recent polling suggests that apart from Anglade’s own riding, the Liberals could be in trouble in other long-held Montreal ridings, including neighbouring Verdun, which they haven’t lost since 1939.

“Some traditional Liberals seats, especially in Montreal and Laval, could change colour if the Liberals don’t turn this around,” said Fournier.

Slow out of the gate

Considering the date of this year’s election was no secret, the fact that the Liberals started the race without a candidate in 17 ridings raised some eyebrows.

The party now has a full slate of 125 candidates, but for the last-minute additions, it’s clear the party brass had to scramble.

“They even had to pull some candidates from the political staff,” Mahéo pointed out. That is the case in at least three ridings.

Anglade tried to put distance between the slow campaign start and the situation by the second week of campaigning.

“Last week was last week, but if you look at the ground, you feel people are coming to us more and more,” Anglade told CBC Radio’s Quebec AM last Monday. 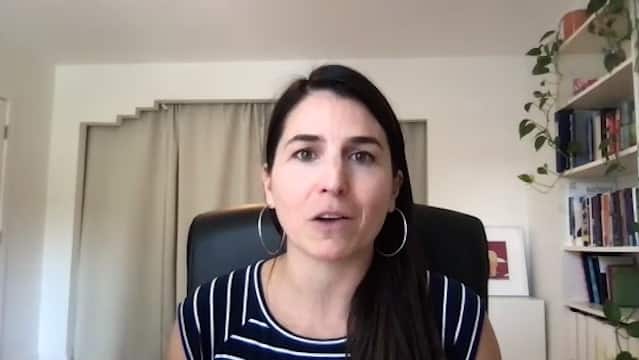 Part of the Liberals’ problem is, like the Parti Québécois, they are struggling to position themselves in a political landscape where Quebec sovereignty is no longer the main issue, Mahéo and Fournier say.

The CAQ, led by François Legault, has adopted a nationalist agenda while still functioning inside Canada.

Legault’s strategy appears to be working: Qc125 gives the CAQ a 99 per cent chance of winning a majority on Oct. 3.

With the shift in focus from sovereignist-versus-federalist to issues on a more traditional left-to-right spectrum, the parties that were each other’s main rivals since the 1970s have become unmoored.

“The Liberals and the Parti Québécois fought each other on the national question for, what, 50 years?” Fournier pointed out. “Right now it looks like both of those parties do not have any muscle-memory on how to campaign on anything else.”

That shift, first apparent in the 2018 election, may have changed Quebec politics forever, said Mahéo, and parties need to find a way to adjust or risk long-term pain.

“We’ve seen important transformations in the political landscape of Quebec,” she said. “The PLQ is not the main or obvious choice for federalists in Quebec, and it’s not the main or only option for people on the right of the spectrum.”