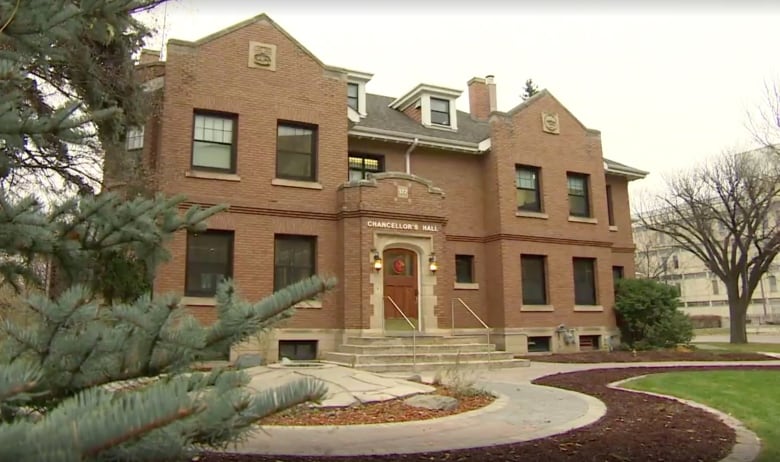 As First Nations in Quebec plan possible searches of former residential school sites, documents that could help that process have still not been turned over by the Quebec government and the Missionary Oblates of Mary Immaculate, a religious order that ran four Catholic residential schools in the province.

That’s despite requirements set out in the 2007 Indian Residential Schools Settlement Agreement and calls to action published by the Truth and Reconciliation Commission in 2015.

“Call to Action 71 actually states that provincial coroners’ offices and vital stats should turn over records that document the loss of children at schools,” said Raymond Frogner, head of archives for the National Centre for Truth and Reconciliation at the University of Manitoba in Winnipeg.

“We haven’t received them from Quebec. We are resuming negotiations with them.”

The centre, created in 2015, is the country’s main steward of residential school records, including those gathered by the TRC.

Frogner said they are also trying to obtain more records from the oblates in Quebec, who have already provided some documentation as part of the TRC process, but not all.

Specifically, the centre wants parts of the Codex Historicus, a kind of journal of the missionary order’s activities, along with photographs, human resources records and teacher profiles.

Frogner said last month’s news of the discovery of what are believed to be the unmarked burial sites of children’s remains adjacent to a former residential school in Kamloops, B.C., has led to renewed dialogue with the francophone branch of the religious order, whose English-Canadian counterpart ran the Kamloops institution.

“Recent events have definitely given some urgency to the situation,” he said, adding the oblates seem willing to work on releasing more records and that a meeting has already been set up.

“I expect there will be some movement on this very shortly.”

Since Kamloops, First Nations in Quebec who have former residential school sites on their territories or nearby, are planning next steps, including searching with ground-penetrating radar.

But leaders have also renewed calls for more documentation from governments and church groups, to facilitate the searches, which can be very complex.

In a news conference on June 14, Cree leaders, including Chief Daisy House, demanded full co-operation from governments and the churches that ran residential schools in the province, including two on Fort George Island, near Chisasibi, where at least 16 students are known to have died.

“We are tired of all these words and promises,” he said.

“The urgency is the duty we have to our survivors,” Boudrias said. “They will soon be moving on and we have an obligation to get that truth to them before they do.”

When it comes to church records, Boudrias said so far, religious orders such as Missionary Oblates of Mary Immaculate have not extended a line of communication to the Algonquin Nation.

“That is, in itself, one of the biggest obstacles we’re going to have to cross,” he said.

The oblates are a missionary order whose history in Canada goes back to 1841.

Its Canadian branches signed on to the Indian Residential School Settlement Agreement, along with dozens of other religious entities and the government of Canada in 2006 to settle a class-action lawsuit by residential school survivors.

One of the conditions was to provide all relevant documents to the Truth and Reconciliation Commission.

The central repository of oblate records on Quebec’s residential schools is the Archives Deschâtelets in Richelieu, about 35 kilometres east of Montreal.

Father Raymond Marquis, an oblate priest who has been volunteering since 2015 to assist the archives in responding to requests from the NCTR, says they have provided the centre in Winnipeg with thousands of documents on residential schools since 2011.

“We’re not there to hide information from people, they have a right to it,” Marquis said. He blames a lack of personnel combined with the vastness of the archives for the slow progress.

But Marquis also said the centre needs to be more “precise” in its requests.

“I think there’s a broadness in a request for all relevant information that needs to be honed a little bit,” he said.

Marquis said in the past a team from the NCTR set up shop in the Deschâtelets archives for several weeks, but that ultimately, they left when the project ran out of funding, before the work was completed.

And while he doesn’t see why a similar arrangement couldn’t be worked out again, that call rests with those in charge of the archives, as does the decision on what ultimately gets released, especially personnel files of the oblates who worked at the residential schools.

“The archives would have to be the ones that would evaluate any release of information,” Marquis said. “If there were other issues that are involved, privacy or other things.”

There are also questions about what records specific Catholic dioceses who had residential schools on their territories may hold, even though the oblates ran the schools.

In an interview, the Catholic bishop of Amos said a recent search of the diocese’s archives regarding the residential school at Saint-Marc-de-Figuery turned up little about the operation of the institution.

Msgr. Gilles Lemay said Indigenous leaders or those delegated by their communities are welcome to consult any records in their diocesan archives on site.

“We have nothing to hide,” he said.

As for the Anglican Church, which ran two residential schools in the province, its bishops say they’re confident all relevant information has already been turned over to the TRC.

“Nevertheless, we’re doing due diligence and re-reviewing a lot of our archives to make sure nothing, and no one, was missed,” said Bishop Bruce Myers, who is responsible for the Anglican Diocese of Quebec, which includes La Tuque, where a residential school operated from 1963-78.

The assisting bishop of the diocese of Moosonee and former head of the Anglican Church of Canada, Fred Hiltz, echoed those sentiments when it comes to research into the St. Philip’s residential school near Chisasibi.

“We’ll do whatever we can,” said Hiltz, saying that means providing whatever records the diocese can and addressing whatever requests come along.

As for provincial government records, Quebec’s Indigenous Affairs Minister Ian Lafrenière declined the CBC’s request for an interview, referring questions directly to the director of civil status, which manages the province’s vital statistics, and the Quebec coroner’s office.

But death records from before 1986 are housed at the provincial archives, not with the coroner.

In a statement, a spokesperson for the Archives nationales du Québec said searches have to be done in regional branches near where the residential schools were located, and since digital copies are not available, each record must be looked at on-site.

They say that work was halted for several months because of the pandemic, but they hope to send all records to the National Centre for Truth and Reconciliation by the fall.

As for vital statistics information, the director of civil status says it is “unable” to identify Indigenous children or children who went to a residential school through its records but that it could find more information on specific persons, should the NCTR provide it with a list of names.

Support is available for anyone affected by the effects of residential schools, and those who are triggered by the latest reports.

The Indian Residential School Survivors Society (IRSSS) can be contacted toll-free at 1-800-721-0066.