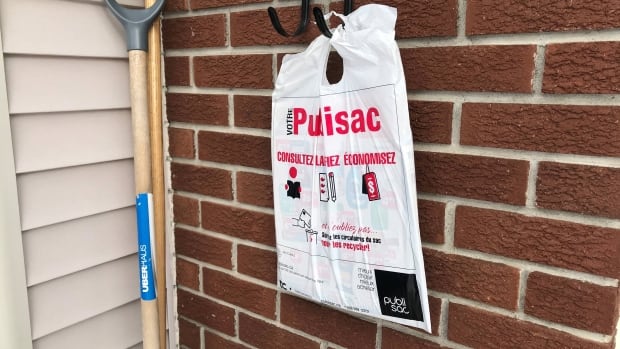 A Quebec Superior Court has ruled that a suburb north of Montreal is allowed to stop the distribution of advertisement flyers to homeowners unless they specifically request a plastic bag full of colourful coupons and promotional materials be dropped off at their doorstep.

The Wednesday ruling settled the dispute between Mirabel, Que., and TC Transcontinental, the company that distributes the bag of flyers known as Publisac.

The suburb adopted a regulation in 2019 limiting the distribution of all printed advertising to those who request it by affixing a sticker to their mailbox. Other municipalities, including Montreal, have since announced they will soon follow Mirabel’s lead.

TC Transcontinental argued the regulation violates freedom of expression guaranteed by the Canadian and Quebec charters of rights and freedoms.

TC Transcontinental wished to distribute its Pulisac to all households, except those who have explicitly requested not to receive it, as was protocol in the past. But the court’s 50-page ruling said otherwise.

Mayor Patrick Charbonneau said in a news release that the decision is a “major turning point for Mirabel and for the other cities that will follow suit in reducing paper consumption.”

The company argues for its part that the imposition of an opt-in system would lead to the end of the distribution of the Publisac in Mirabel.

The ruling gives Montreal the push to move forward with its own plan to craft a similar regulation.

Mayor Valérie Plante has said the city will make its move in 2023. Approximately 800,000 flyers and other unsolicited advertisements arrive at the doors of Montreal homes each week, which represents more than 41 million flyers per year that end up in recycling sites and dumps.

Montreal is aiming for zero waste by 2030. In the Plante administration’s plan to curb flyers, the city will also require the advertisements be delivered in paper bags rather than plastic.