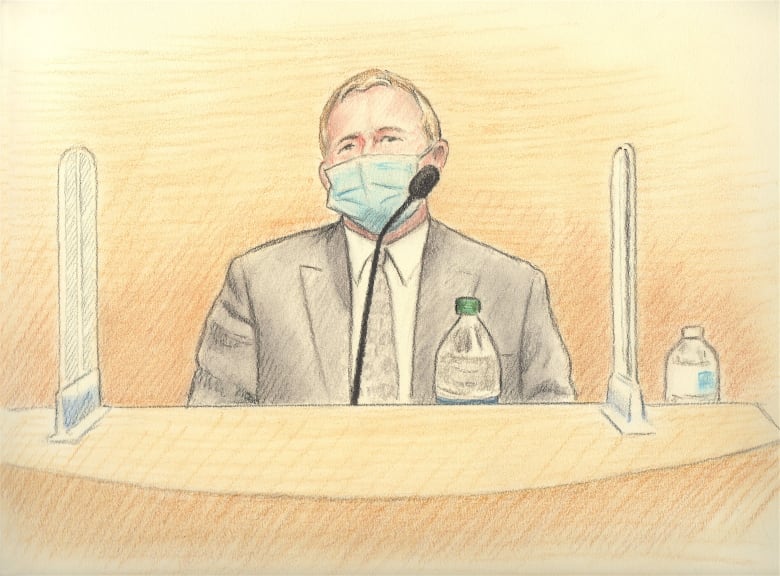 An Ontario court on Monday stayed the charges against Niagara regional police Const. Nathan Parker, who had been accused of assaulting a superior officer after an incident in November 2018 during which Parker was shot multiple times.

The Hamilton-based trial for the rare, so-called blue-on-blue shooting, which was also notable because the officer shot was the one facing charges, began in September.

But on Monday, two months after the case stalled, Justice Anthony Leitch agreed to Crown attorney Jason Nicol’s request for a stay after a provincial police forensic examination found Det.-Sgt. Shane Donovan, who shot Parker, may have lied while testifying about accessing evidence.

“It is the Crown’s conclusion that the prospect of conviction is now tenuous and that this prosecution is no longer in the public interest,” Nicol read from a statement during online proceedings.

With the charges stayed, the case is effectively concluded, despite no verdict in the case.

Parker, 55, was charged with assault with intent to resist arrest, assaulting a police officer and assault with a weapon. The trial, held over several days in September, largely heard Donovan’s testimony about the day of the alleged assault, and shooting. The two officers had been working together as part of a collision reconstruction unit following a crash in Pelham, about 20 kilometres west of Niagara Falls.

The trial stalled after Donovan’s testimony revealed a USB stick containing evidence had been in his possession.

Donovan received the stick when he was facing criminal charges for shooting Parker, which were later dropped by the Special Investigations Unit (SIU), the civilian oversight agency that investigates circumstances involving police that have resulted in death or serious injury.

The court heard Donovan should have deleted the report on the drive or returned it to his lawyer, but the sergeant said he did not know if that was the case. He had testified that while he had continued to review some elements of the SIU report on the USB stick in the lead-up to Parker’s trial, the “majority” of his focus was on his own statement to the SIU and photos of the scene where the shooting happened.

In a previous court appearance, defence lawyer Joseph Markson walked Donovan through the index of a report on the USB stick, asking him whether he had accessed each item. Donovan repeatedly said he had not as they worked their way down the list.

Donovan had testified the copy of the report he was given did not appear to have several of the items listed in the index.

However, an Ontario Provincial Police forensic examination of the drive later found that “at the very least, it is a reasonable inference that he accessed other key evidence [including] Cst. Parker’s SIU statement, Cst. Parker’s medical records, scene photos and statements of key civilian eyewitnesses. The tainting implications of such conduct with respect to Sgt. Donovan are obvious,” says the statement read in court Monday.

In September, Donovan testified the shooting happened while the two men were working at the scene of a car crash on Nov. 29, 2018.

The sergeant said he drew his gun after Parker pushed him, hit him with “haymaker” punches and pulled out his baton. Donovan said he started shooting when the other officer went for his gun too, and he didn’t stop firing until Parker went down.

An agreed statement of facts says 10 shell casings were found at the scene, all from Donovan’s firearm.

Medical records included in the agreed-upon facts state Parker had:

The SIU initially laid charges against Donovan, including attempted murder, but they were later dropped. Its report, provided as disclosure when Donovan was a defendant, forms at least part of what was on the USB drive in question.

Speaking to CBC Hamilton on Monday, Parker’s lawyer, Markson, said “it’s clear… Donovan committed perjury before Justice Leitch in denying he accessed key points of evidence in the SIU briefing. It is our position that the forensic evidence in this case and the cross-examination of Sgt. Donovan makes that abundantly clear.”

Markson said he previously recommended to the court that a third-party police service should investigate the “apparent perjury,” and the SIU should re-examine its decision to withdraw the charges against Donovan after he shot Parker. He now also believes the Niagara police service should investigate “Sgt. Donovan’s apparent perjury [and] dishonesty.”

Contacted Monday, Niagara police declined to comment on both officers’ employment statuses. As of September, the court heard Donovan had returned to work in February 2020 and was with the recruitment unit, while Parker was employed but not at work at that time.

“We will need to conduct a fulsome review to determine next steps in regards to the outstanding Police Services Act matters,” said corporate communications manager Stephanie Sabourin. “It would be inappropriate to comment further at this time.”

Markson said his client is pleased with Monday’s result.

“P.C. Parker feels relieved this has come to a just end and also vindicated by the Crown’s decision to stay all charges against him.”